Instagram could soon let you CHOOSE if you want to hide likes or not: App is testing new tools following backlash over plans to hide likes for everyone

Instagram has revealed it could give users the option to hide likes on their feed, in a move aimed to protect mental health.

The Facebook-owned photo-sharing app said it is about to conduct ‘a small global test’ of the feature, which will let users choose what experience is best for them.

The popular app began hiding like counts for users in seven countries back in 2019 to understand if it ‘reduces pressure associated with posting’.

But the trial received some negative user feedback – leading to Instagram making a few alterations this time around.

This time, users will be able to choose whether they see likes on other users’ posts, as well as whether other users see likes on their posts. For the 2019 test, users didn’t have this choice.

Instagram has concerns that seeing a post with thousands of likes can lead to feelings of low self-worth for users who only get a few likes or have just a handful of followers.

The efforts to make users feel happier online amid concerns social media can contribute to low self-esteem and feelings of inadequacy in young people.

However, other independent experts have previously suggested the decision is actually more to do with advertising and revenue. 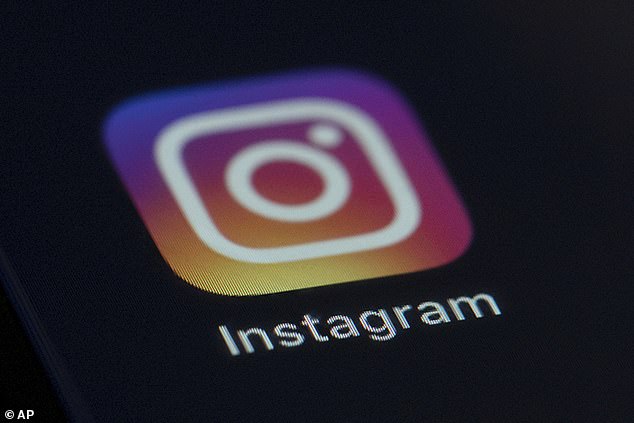 Instagram said it will test the option for its users to hide likes from others. An initial test of the feature in 2019 proved unpopular

‘Some people found this beneficial but some still wanted to see like counts so they could track what’s popular,’ said a Facebook spokesperson.

‘We’re testing a new option that lets you decide which experience is best for you – whether that’s choosing not to see like counts on anyone else’s posts, turning them off for your own posts, or keeping the original experience, and seeing like counts.’

While Instagram users will still be able to see a list of likes on their own posts, they can opt for the number to be hidden from others.

Instagram said users will still be able to opt for the ‘original experience’ – in other words, they can keep letting their followers see how many likes their posts have, and can keep seeing how many likes other users’ posts have.

However, if someone they’re following has opted to hide how many likes they have, this is arguably not part of the ‘original experience’.

This is how likes were shown for users in the 2019 trial. Instead of a number of ‘likes’ they are all lumped together under ‘others’. As part of the test, users were still able to like other people’s photos – they just couldn’t see how many likes the photo got

If the feature is fully rolled out, Instagram users would be able to change their like-hiding preferences at any time.

The Instagram spokesperson added that it will share more information soon about an upcoming test of the feature.

Instagram introduced the original feature to people in seven countries in the summer of 2019 – Canada, Japan, Ireland, Italy, Brazil, Australia and New Zealand.

But the move was met with horror from users who said it was one of their favourite features on the site.

Instagram’s trial in Canada, Japan, Ireland, Italy, Brazil, Australia and New Zealand has been met with shock and horror among the app’s users

After the test was introduced, experts also claimed that it had ‘nothing to do with mental health’ and instead aimed to encourage businesses to spend money on promoting posts on the platform.

Companies can be put off from paying to advertise on Instagram because their promoted posts often don’t get many likes, which can negatively affect business, according to one critic.

Conversely, ‘influencers’ with millions of followers are making millions of dollars selling everything from cosmetics to protein shakes, but Instagram sees none of it.

‘Let’s stop the bulls**t that this recent change is about reducing the incidence of mental health among their users,’ said Dave Levett, head of Australian marketing agency Murmur.

‘It’s about raising ad revenue for the platform, and make Instagram more appealing for small businesses and brands to pump dollars into the growing social behemoth.’

Another marketing insider said buying an ad on Instagram was an ‘industry joke’ because they were so ineffective.

‘Instagram is a ‘likes-first’ platform and naturally, ads don’t get a lot of likes, which has the effect of making often reputable products appear fake or unpopular,’ the unnamed insider told MailOnline.

In November 2020, Instagram rolled out machine learning technology to its app in the UK and Europe that can better identify suicide and self-harm content.

The content detection tool from the Facebook-owned social media platform automatically searches for suicide-related images and words on the platform.

It then makes the content less visible in the app or, in some cases, removes it completely after 24 hours if the machine learning decides it breaks the app’s rules.

The technology, which will work across both Instagram and parent site Facebook, already existed for users outside of Europe before today.

The roll-out came after the suicide of a 14-year-old London school girl Molly Russell, who viewed Instagram content linked to anxiety, depression, self-harm and suicide before ending her life in November 2017.

Social media platforms are increasingly being pressurised to automatically remove content that could glamorise self-harm as quickly as possible, rather than relying on tip-offs from users.