Follow
Home » Science » Is there a Full Moon tonight? How to see April’s Super Pink Moon

Is there a Full Moon tonight? How to see April’s Super Pink Moon

A Full Moon rises above Earth approximately once a month, and April is no exception. In the coming days, the Pink Moon will appear in our skies – and this celestial event is more special than usual due to the Moon being a supermoon. This means it will appear up to seven percent brighter in the night sky than usual, in an incredible spectacle for stargazers.

However, while we call it a Full Moon it is not technically correct.

The Moon only becomes a Full Moon when it is perfectly aligned with the Earth and the Sun.

When this happens the Moon is 100 percent full and this causes a lunar eclipse.

While there is no eclipse this time round, the Pink Moon is sure to be a beautiful spectacle and space fans are keen to get a glimpse. 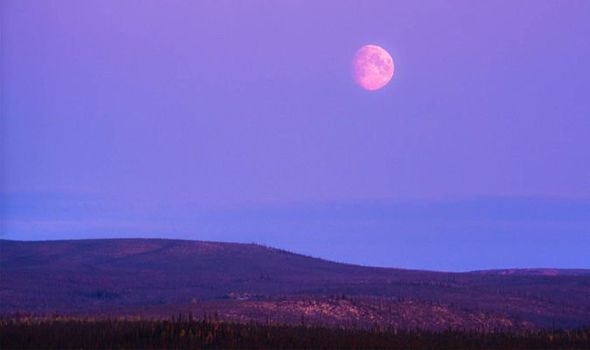 Is there a Full Moon tonight?

No, the Pink April Full Moon is not tonight – thought the Moon will appear larger in our skies.

The April Moon – also know as the Harvest Moon south of the equator, according to Earthsky.org – is due to peak at 3.31am UTC on April 27. That’s 4.31am in the UK on Tuesday.

But don’t worry if you don’t fancy such an early start, as the Moon will appear full the night before its peak.

And if you miss it, the Moon will also appear full for another two to three nights afterwards as well. 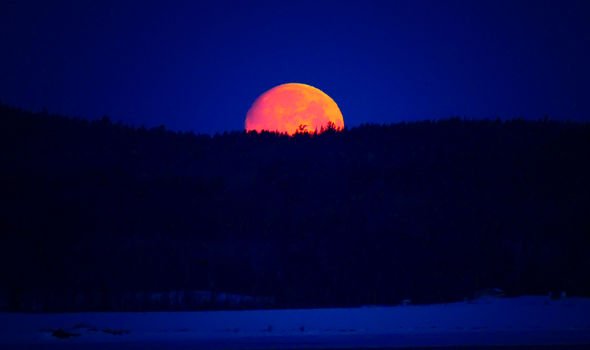 Will the Pink Moon be pink?

Darren Baskill, physics and astronomy lecturer at the University of Sussex, told Science Focus the Moon changes colour depending on where it appears in the sky.

“As blue (shorter wavelength) light ‘bends’ or ‘scatters’ more than red light, not as much of it will reach your eye through 300km of atmosphere.

“So only the more red colours will reach you. This means the Moon (and the Sun) take on a reddish colour when they’re on the horizon.” 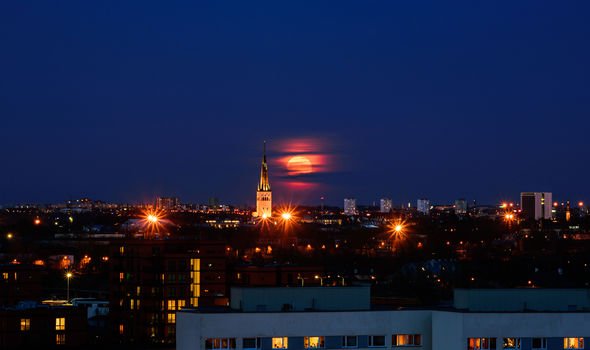 What are the phases of a Moon?

A Full Moon happens once every 29.5 days, which is the time our celestial orb takes to complete one lunar cycle.

The names of the 8 moon phases are:

When is the next Full Moon?

After the Pink Moon reaches its peak in the early hours of April 27, the next Full Moon will be in May.

This Moon is known as the Hunter’s Moon, the Beaver Moon or the Frost Moon.

The May Full Moon will also be a supermoon, and will be the biggest of 2021.