Scientists in Russia have devised a ‘laser paintbrush’ that can create miniaturized masterpieces on metal surfaces in just minutes.

The team ‘painted’ a one-inch scale version of Vincent Van Gogh’s ‘Starry Night’ by super-heating areas of a titanium canvas to different temperatures.

When the surface cools, it forms an ultra-thin film of metal oxide that reflects different colors depending on how thick it is.

The process allows colors to be erased, changed and even rewritten several times without any visible effect. 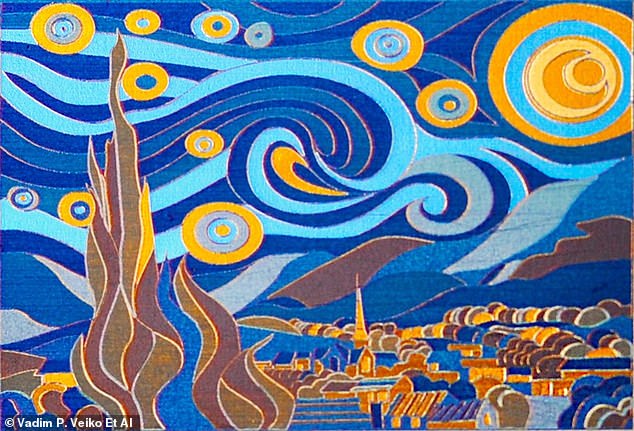 Engineers at ITMO University in St Petersburg created a scale-version of Van Gogh’s ‘Starry Night’ by super-heating a titanium canvas and then cooling the surface down. Depending on how long the metal is allowed to cool, different colors emerge

‘We developed a way to use a laser to create localized color on a metallic canvas using a technique that heats the metal to the point where it evaporates,’ said Vadim Veiko, a laser engineer at ITMO University in Saint Petersburg, Russia.

‘With this approach, an artist can create miniature art that conveys complex meaning not only through shape and color but also through various laser-induced microstructures on the surface.’

Earlier experiments have illustrated how lasers can create a palette of colors on titanium and stainless steel, but Veiko’s team wanted to take it a step further.

They used the laser to heat titanium beyond the melting point, to where it begins to evaporate.

The laser heats the surface to the point of evaporation. When it cools, it forms an ultra-thin film of metal oxide. The thickness of the layer determines what color is reflected by light waves

The researchers also made original works (above). By steadily increasing the thickness of the metal oxide layers, they created yellow, orange, red, purple, and blue

When the surface cooled, it formed an ultra-thin film of metal oxide.

Depending on how thick the film is, light reflected from the surface produces different colors.

‘The faster we process the material, the thinner layer we heat and the higher gradients of temperature occurs,’ co-author Yaroslava Andreeva told Ars Technica. 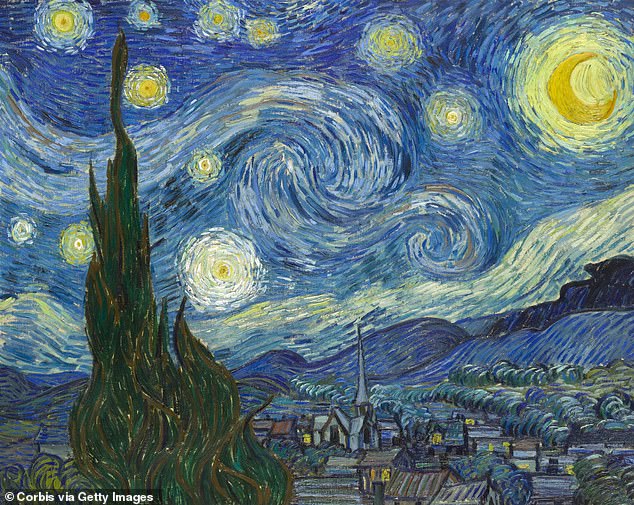 By steadily increasing the thickness, they could create yellow, orange, red, purple, and blue.

Increasing the temperature enables the ‘paint strokes’ to be reversed, erased and rewritten with a second pass of the laser. 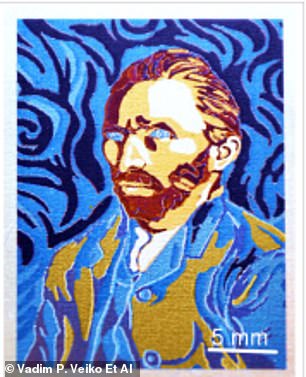 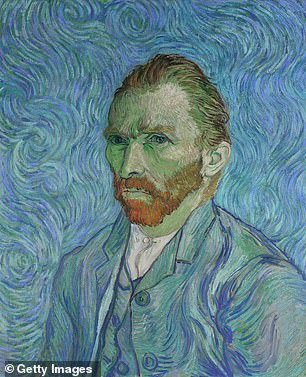 The laser works are resistant to environmental damage and don’t need special storage. Pictured: A laser-‘painted’ version of a Van Gogh self-portrait (right is the original piece)

Colors can be erased or rewritten several times according to their findings, published in the journal Optics.

The process is over ten times faster than earlier techniques: A three-by-two centimeter copy of ‘Starry Night’ was completed in just four minutes.

The team also replicated a van Gogh self-portrait and made original artworks on titanium and stainless steel that were inspired by works from minimalist, abstract and pop art masters.

Unlike traditional artwork, the laser masterpieces are extremely resistant to environmental damage and don’t require any type of special storage.

And while most paintings get their color from pigments derived from minerals, plants, or even crushed insects, the laser-crafted works don’t need any pigment: their hues are structural colors, based on how light waves interact with the contours of the ‘canvas.’ 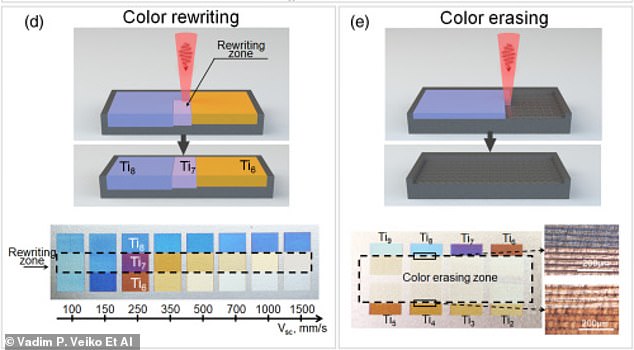 Heating up the surface again allows colors to be erased, changed and even rewritten several times without any visible effect 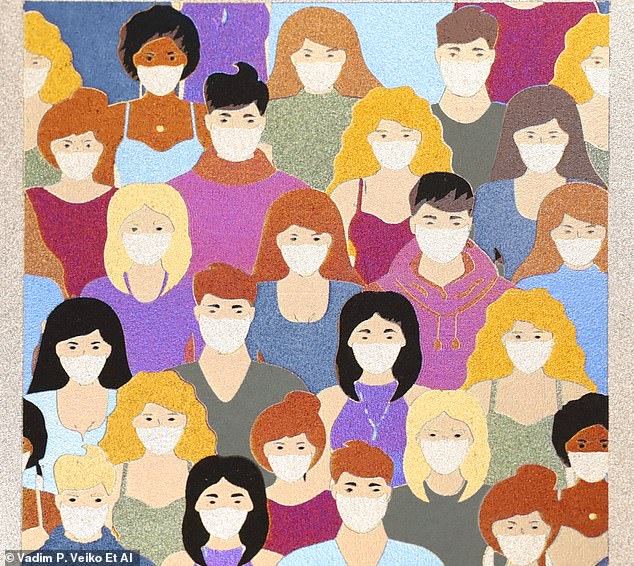 An original pop-art painting created by a nanosecond ytterbium fiber laser equipped with a galvanometric scanner for more precise control over cooling periods.

They foresee a handheld laser device being used like a paintbrush to create original artwork on metallic surfaces.

‘We hope that laser painting will attract the attention of modern artists and lead to the creation of a completely new type of art,’ said Andreeva.

‘The approach can also be used for modern design and to create color markings on various products.’