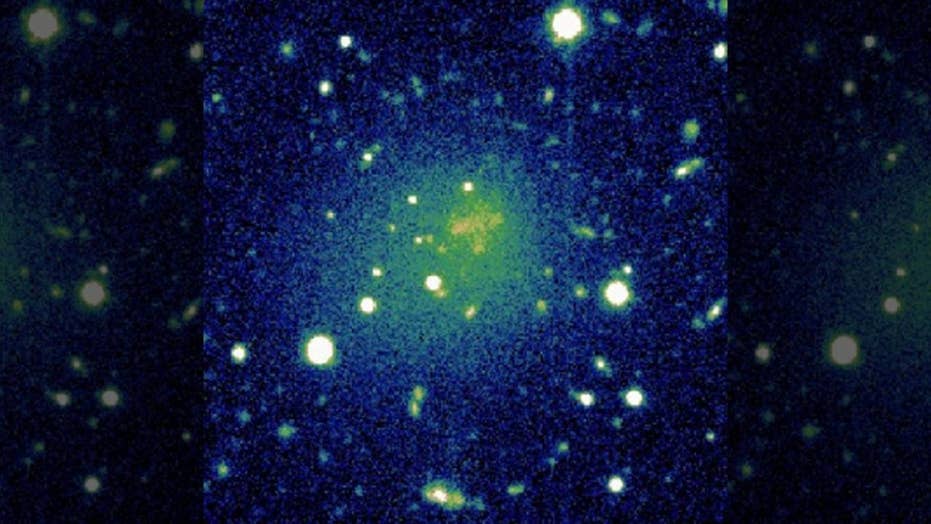 A ‘living fossil’ from the dawn of the universe was discovered in deep space.

Researchers have discovered a "living fossil" in deep space, a " bizarre, solitary ultra-diffuse galaxy (UDG)" known as DGSAT I.

Discovered in 2016, DGSAT I is very much likely a typical galaxy, in that it is massive, but the amount of light it gives off is strikingly low compared to “normal” galaxies. It also seems to dispel some previously thought assumptions of UDGs, which were first discovered in 2015.

“There seemed to be a relatively tidy picture of the origins of galaxies, from spirals to ellipticals, and from giants to dwarfs,” said lead author Ignacio Martín-Navarro, a postdoctoral scholar at UCO, in a statement.

Martín-Navarro continued: “However, the recent discovery of UDGs raised new questions about how complete this picture is. All of the UDGs that have been studied in detail so far were within galaxy clusters: dense regions of violent interaction where the galaxies’ characteristics at birth have been scrambled up by a difficult adolescence.”

Since DGSAT 1 is considered a rare version of a UDG, it likely can provide a clearer window into the early universe than others. Researchers noted that "there has not been much activity around it that could taint its composition and evolution."

“The chemical composition of a galaxy provides a record of the ambient conditions when it was formed, like the way that trace elements in the human body can reveal a lifetime of eating habits and exposure to pollutants,” said co-author Aaron Romanowsky, in the statement.

The chemical makeup of the galaxy surprised the researchers as well, due to its lack of iron and what is described as a normal amount of magnesium. When supernovas die, they release both metals, so the lack of iron is puzzling.

“We don’t understand this combination of pollutants, but one of our ideas is that extreme blasts of supernovae caused the galaxy to pulsate in size during its adolescence, in a way that retains magnesium preferentially to iron,” said Romanowsky.

Researchers are going to look at UDGs, similar to DGSAT I, in the future to better understand what the universe was like when it was still forming.

"One intriguing possibility is that some of these ghostly galaxies are living fossils from the dawn of the universe when stars and galaxies emerged in a much different environment than today," Romanowsky added in the statement. "Their birth is truly a fascinating mystery that our team is working on solving."

The findings were published in the scientific journal Monthly Notices of the Royal Astronomical Society.