Low-frequency bass gets people on the dancefloor, study finds

It really IS all about that bass! Songs with low-frequency bass get more people on the dancefloor, study finds

Low frequency bass really does get us dancing – even when we can’t even hear it, a new study shows.

Researchers in Canada monitored people’s dancing during a concert by fitting them with motion-sensing headbands.

Attendees danced 11.8 per cent more when very low frequency bass was being played from the speakers, they found.

At a low enough frequency, sound can only be felt and not heard at all, so the researchers suggest feeling low-frequency vibrations can trigger dance.

Examples of songs with low-frequency bass sounds include ‘Charly’ by The Prodigy and ‘The Gloaming’ by Radiohead. 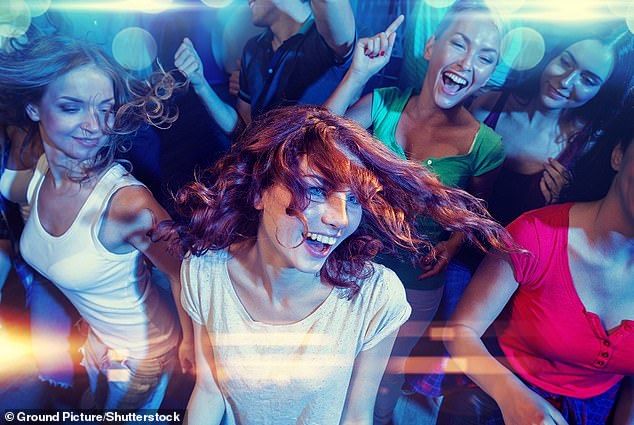 Want to fire up the dancefloor? Play low-frequency bass, suggests the new study by experts at McMaster University (file photo) 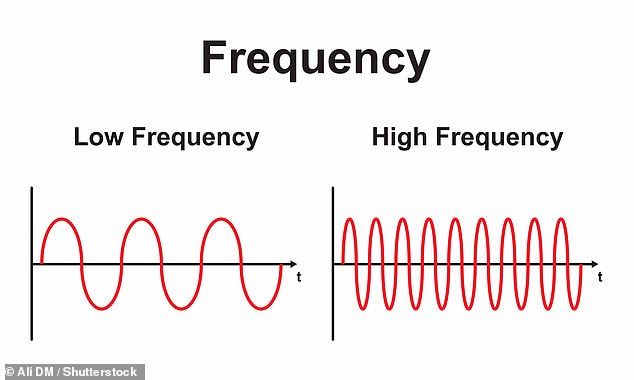 Frequency is the number of times per second that a sound wave repeats itself.

Low frequency sounds are at the lower limit ofnormal human hearing. Those that are audible are low-pitched hums or drones produced by everything from factories, machinery and transport to household items such as fridges and boilers.

At a low enough frequency, sound can only be felt and not heard at all.

High frequency sounds are high-pitched noises such as ringing and whistling.

Frequency is sometimes referred to as pitch, although there is a slight difference between the two.

Frequency refers to the physical waveform, while pitch refers to how high or low noise sounds to our ears.

Frequency, sometimes referred to as pitch, is the number of times per second that a sound wave repeats itself.

A sound with a low frequency has a relatively low number of complete sound wave cycles each second – and can be low enough to be inaudible to the human ear.

The new study was led by Daniel Cameron, a drummer and neuroscientist at McMaster University in Hamilton, Canada.

‘Most of my research career has been focused on the rhythmic aspects of music and how they make us move,’ Cameron said.

‘Music is a biological curiosity – it doesn’t reproduce us, it doesn’t feed us, and it doesn’t shelter us, so why do humans like it and why do they like to move to it?’

It is equipped with 3D motion capture, a sound system that can replicate various concert environments, and enhanced speakers that can produce extremely low frequencies, undetectable to the human ear.

For the study, Cameron and colleagues recruited participants attending a LIVELab concert by Orphx, a Canadian electronic musical duo.

The concertgoers were equipped with motion-sensing headbands to monitor their dance moves.

Additionally, they were asked to fill out survey forms before and after the event, which were used to ensure the sound was undetectable.

The survey questions also measured levels of concert enjoyment and examined how the music felt physically to the participants.

Throughout the 55-minute concert, the researchers manipulated the very-low bass-playing speakers, turning them on and off every two minutes.

Not only was the amount of movement 11.8 per cent greater when the very-low bass-playing speakers were on, but attendees also felt ‘pleasurable’ bodily sensations that contributed to the urge to move.

Very low-frequency bass cannot be heard but it can be felt through vibrations, either while being consciously or unconsciously aware of it.

What’s more, the feeling of vibration through touch and the interactions between the inner ear and the brain have close links to the motor system.

So the researchers speculate these physical processes are at work in the neurological connection between music and movement. 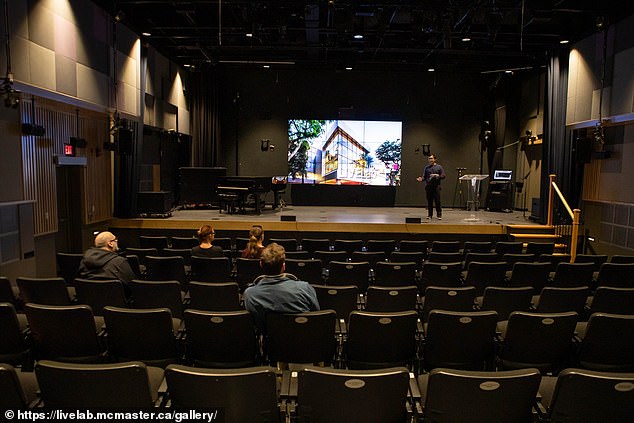 This anatomy can pick up on low frequencies and can affect the perception of ‘groove’, spontaneous movement and rhythm perception.

‘These results demonstrate that a complex, social behaviour – dance – can be increased in intensity by very low frequencies without participants’ awareness,’ say the researchers in their paper.

‘Participants felt bodily sensations associated with bass frequencies during the concert, and that these were pleasurable and contributed to the urge to move.

‘Music that makes people want to move tends to have more low frequency sound, and bass instruments typically provide the musical pulse that people dance to.’

The new study has been published today in the journal Cell Biology.

WHAT ARE SOUND WAVES?

Sound waves are longitudinal waves that travel through a medium like air or water.

When we detect sounds, or noise, our body is changing the energy in sound waves into nerve impulses which the brain interprets. Sound waves are produced when the air is mechanically disturbed.

Sound is measured by its:

Frequency – This is the pitch (high or low) of a sound – the number of complete sound wave cycles each second.

Intensity – This is the loudness of a sound. It’s measured in decibels (dB).

When we hear a sound, this is what actually takes place:

1. Sound waves enter the ear canal and cause the eardrum to vibrate.

2. Vibrations pass through three connected bones in the middle ear.

3. This motion sets fluid moving in the inner ear.

5. Nerve impulses are carried to the brain by the auditory nerve.

6. In the brain, these impulses are converted into what we hear as sound

Icelandic woman's face was ravaged by SYPHILIS 500 years ago

What is Starlink? How Elon Musk's satellite constellation works