The news comes as the French President faced the media for the presidential interview on July 14, coinciding with the national French holiday, Bastille Day. Topics discussed included the war in Ukraine, the ongoing energy crisis hitting Europe, global warming, the environment, unemployment and insurance reform. Speaking to Caroline Roux and Anne-Claire Coudray, Mr Macron vented his anger and frustration at Putin, a man he has tried on many occasions to reach out to and end the conflict.

Mr Macron started on the topic of war with a chilling reminder.

He said: “The war in Ukraine is a war of high intensity and which involves a power, Russia, which has nuclear force.”

Acknowledging France had to react to secure its own defences in light of the war, and following on from the NATO summit in Madrid, Mr Macron spoke of military spending.

He added: “We must intensify the effort.

“We have made an unprecedented effort, we must continue until 2030.

“We will re-evaluate this military strategy until the end of the year.

“Analysis of new risks, the evolution of threats.

“The budget of the armed forces will not decrease, on the contrary, I can already tell you that.” 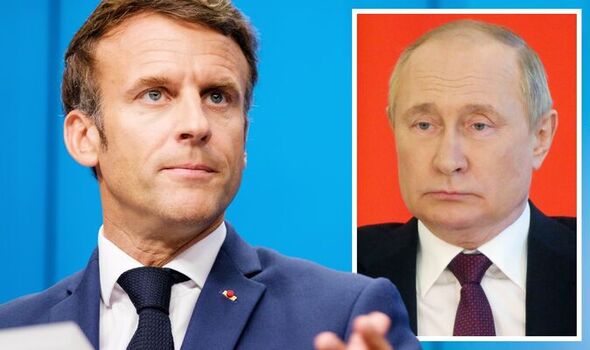 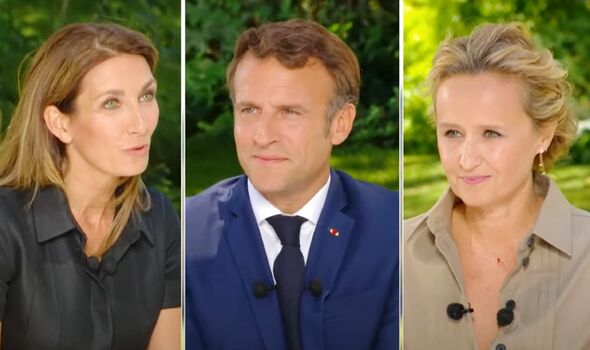 Yet it was the ongoing energy crisis Mr Macron was most concerned about, in particular as Europe slowly moves towards Autumn, and Putin prepares to use Russian gas supplies as a weapon.

He said: “Energy prices have risen because of this war.

“The real change in the last few days is the Russian decision to start cutting off gas.

“We must prepare for a scenario where we have to do without Russian gas altogether.” 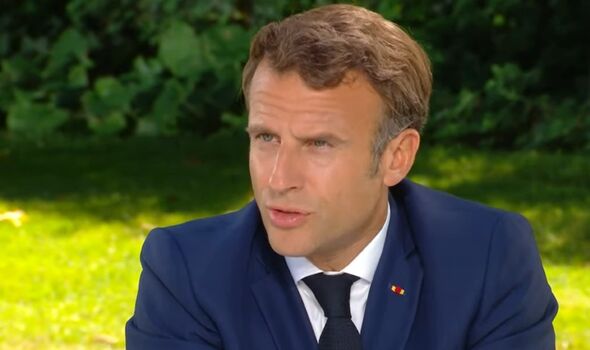 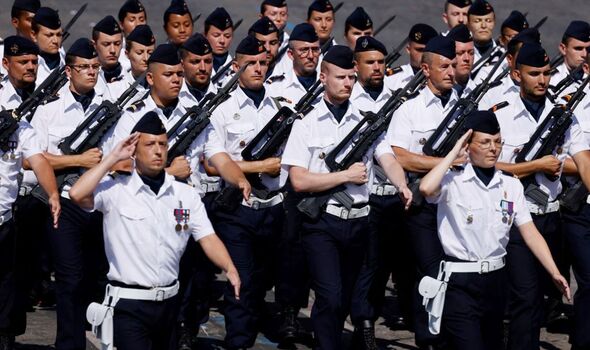 Mr Macron urged French citizens to be mindful of the amount of gas and energy being used, warning as demand rises, supply will diminish.

He also suggested the war is likely to last for some time to come, and expects a “very hard” Autumn as Putin uses energy supplies as a “weapon of war”.

Mr van Beurden said Moscow had “surprised” the market and told governments to be prepared for the Kremlin to restrict gas further. 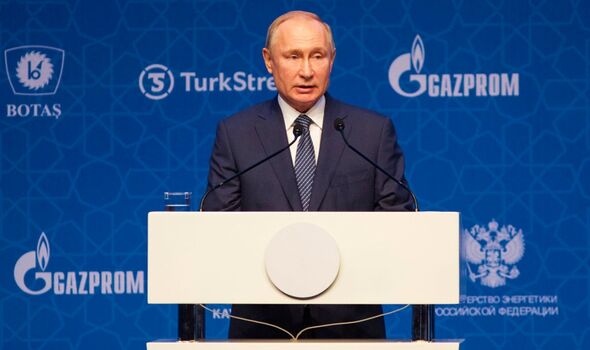 Speaking to the Aurora Spring Conference in Oxford on Thursday, Mr van Beurden said: “For a long time we thought this was not in Russia’s interest to cut off their largest market and to make the European market forever distrustful of Russian supplies.

“I think Europe will be best advised to take very significant contingency plans into account.

“It would be imprudent in my mind for governments to just wait for the eleventh hour to prepare for that.”

Both Germany and The Netherlands have taken huge steps to reduce energy consumption in order to reserve stocks for the upcoming winter. 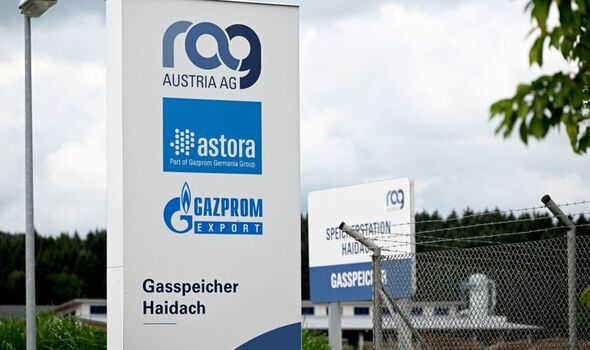 On a wider level, EU leaders are also in the process of discussing contingency plans as the seasons become colder, and demand rises.

Europe, at one point, was relying on Russia for around 40 percent of its gas supply.

Since the start of the war, this has now been reduced to around 26 percent.

One of the main pipelines into Europe, supplying 10 percent of the entire gas supply is currently out of operation as maintenance continues on the system.

Russian state gas company Gazprom claimed it could not guarantee the safe operation of the pipeline due to doubts over the return of a turbine held in Canada under sanctions.

Canada says it is allowing the turbine to be returned.

Russia’s foreign ministry spokeswoman Maria Zakharova said on Thursday the pipeline’s future would depend on gas demand in Europe and Western sanctions against Russia.