Male rats choose carefully who they spend time with – but females are less fussy, according to new research.

Scientists from the universities of Portsmouth and Lincoln have found that male rats have preferred partners in their groups and they decide which individuals to avoid.

But previous research has shown that female rats do not form friendships with other females. 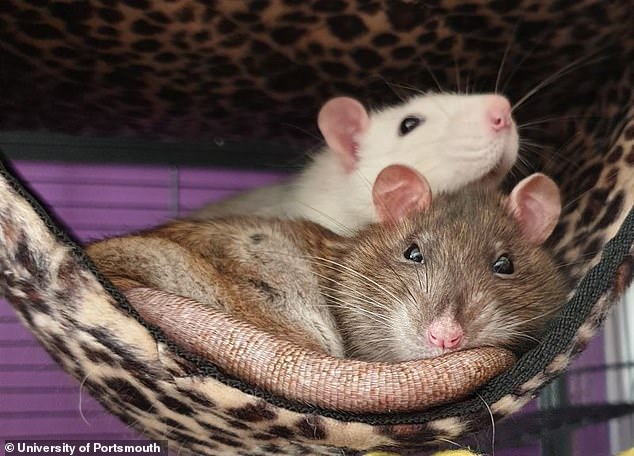 Dr Leanne Proops, from the University of Portsmouth’s Department of Psychology, said: ‘Discovering that male rats don’t associate with other rats randomly, but seek out their preferred cage mates and actively avoid others, shows that rats are similar in this respect to other species like birds, primates and bats.’

Dr Teresa Romero, from the University of Lincoln’s School of Life Sciences, added: ‘What’s particularly interesting about this work is that it contrasts to the limited evidence available on social behaviour in rats and therefore has important implications for the management and welfare of captive rat populations.’

For the study published in the journal Scientific Reports, the researchers observed the behaviour of 27 male rats in four groups during a three-month period by video recording them while they were in their enclosures during daylight hours.

Although rats have been described as primarily nocturnal, they can also be active during the day.

The researchers observed every two minutes whether the rats were in close body contact or near each other while resting or having friendly interactions.

They also assessed how stable these preferences were by comparing with whom they spent time at the beginning and at the end of the study, and found that male rats can maintain these preferences over time, including over a period of months.

Dr Romero said: ‘We’ve known for some time that animals like baboons, horses and house mice form same-sex friendships, which positively affects their reproductive success and their lifespan.

‘Yet – despite 150 years of breeding rats – we still know surprisingly little about their natural social behaviour or organisation.’

Dr Proops added: ‘There are more than 20 million domestic rats across the world, with same-sex housing often being the norm for pet rats, and our results can have important implications for the management and welfare of these populations.’

HOW SMART ARE RATS?

Rats are considered highly social animals that become attached to each other, love their families and can bond with their human owners.

It is believed they are capable of empathy and can recognise and react to pain in others.

A study by Jaak Panksepp, a neuroscientist at Bowling Green State University, found when rats are tickled they make chirping sounds that are similar to human laughter.

‘[Y]oung rats have a marvellous sense of fun’, said Dr Panksepp, adding that the rodents bonded with the human tickler and liked to be ticked as much as possible.

Contrary to their reputation they are also very clean animals and groom themselves regularly. 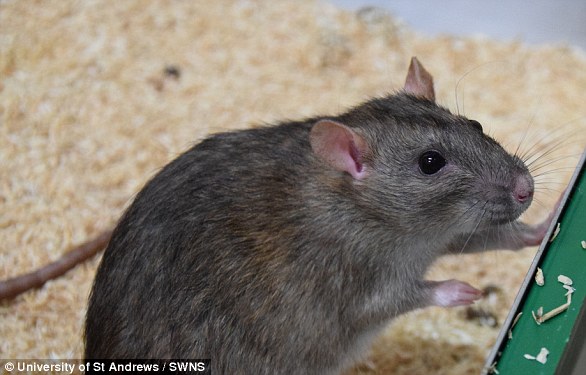 Rats are highly social animals that become attached to each other, love their families and can bond with their human owners

In September last year researchers from New York University found when rats are frightened in the day, the fear centres in their brains are re-activated during sleep – potentially helping to strengthen memories.

Researchers say that rats store maps of what they experience in both of their hippocampi – two curved structures inside the brain.

Different places that the rat experiences are processed by different groups of neurons that activate together in sequence as a rat runs around a maze.

After exploring an area, these sequences have been observed replaying as the rat sleeps – comparable to dreaming of the paths they’d taken when they were awake.

Researchers believe that this allows memories to be stored in the long term.

The most recent research by the University of St Andrew’s found rats help each other out in return for favours in a similar way to humans.

The rodents were found to groom food-providers more often than partners who had refused to help.

In addition, common Norway rats offered more food to those who cleaned them, researchers found.

form, friendships, Male, rats, WIT
You may also like: