Using the new technique, the shock waves created can reportedly reveal the exact position and depth of craters on Mars’s surface. The scientists were able to find the craters by tracing the flying pieces of space rock that smashed into another planet’s surface by using data taken from NASA’s InSight lander, which also records the sound that comes from the meteroirte impact, which reportedly sounds like a “bloop”.

This probe provided an insight into seismic activities on Mars between May 2020 and September 2021, analysing data from both small space rocks and bigger meteoroids which crashed down into Mars. The seismic data recorded by the probe included four impact events examined by scientists in close detail.

The study published in Nature Geoscience mapped the surface of the Red Planet which also gave crucial insights into understanding the planet’s crust. The probe first landed in Mars’ Elysium Planitia region in November 2018 in order to investigate the crust and impact activity of the planet.

Raphael Garcia, a planetary seismologist at the Higher Institute of Aeronautics and Space at the University of Toulouse, said: “This is the first time we have felt and heard an impact on another planet.” 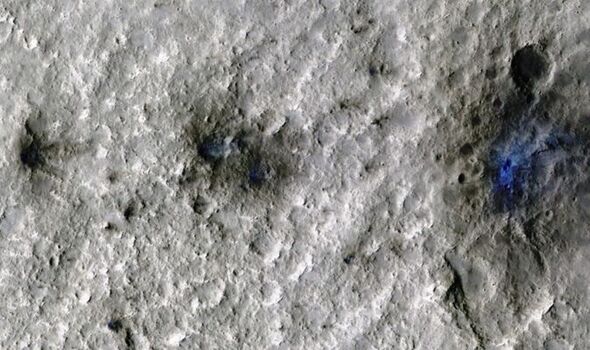 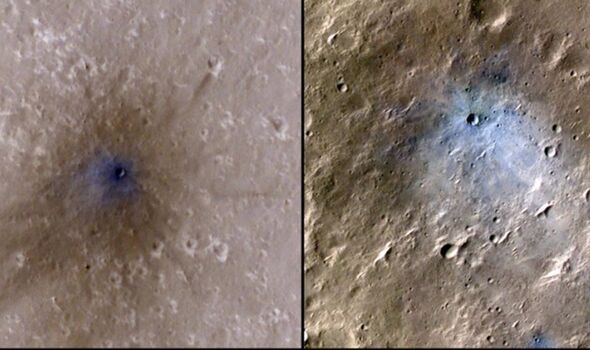 But he warned: “If people want to know if a surface is older or younger, it is critical to know the impact rate, but we are not there yet.”

It is thought that InSight could detect between one and 100 impacts every five Earth years using its sensitive seismometer device. Data from this device can also show the impact as it happened.

Down on Earth, we understand these incoming meteoroids to be shooting stars or meteors. They can sometimes explode when reaching the thicker atmosphere nearer to the ground, creating a stunning airburst.

But is only when a piece of space rock survives its blazing path through the air and drops to the ground, that it can be classed as a meteorite. By determining how fast acoustic and seismic waves travelled through Mars’ air and its surface, the research team was able to find out how far away the different meteoroids that blasted into the planet’s surface were from the InSight probe.

From this, they could also work out the direction the space rocks had flown in from. This is useful because the loud sound generated from the impact of the space rock can send acoustic waves zooming over the surface in all directions. 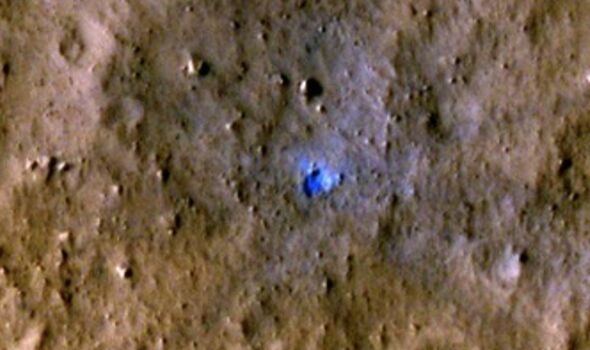 While this can deform the ground imperceptibly, the Insight data was so precise that the researchers could determine the direction of the impact thanks to a slight tilt in the probe’s seismometer when the impact wave passed.

Analysis of the data then also let the scientists predict at which point the incoming meteoroids hit the planet’s surface.  The impacts reportedly ranged between 53 and 180 miles (85 and 290 kilometres) from InSight’s location.

The first meteoroid entered Mars’ atmosphere on September 5 2021 and exploded into at least three shards that each left a crater behind. Ingrid Daubar of Brown University, a co-author of the paper published on Monday said: “After three years of InSight waiting to detect an impact, those craters looked beautiful.” 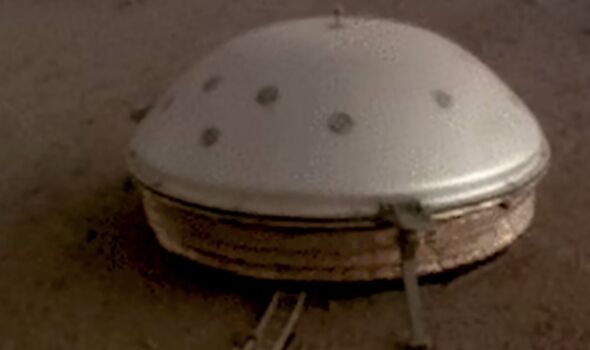 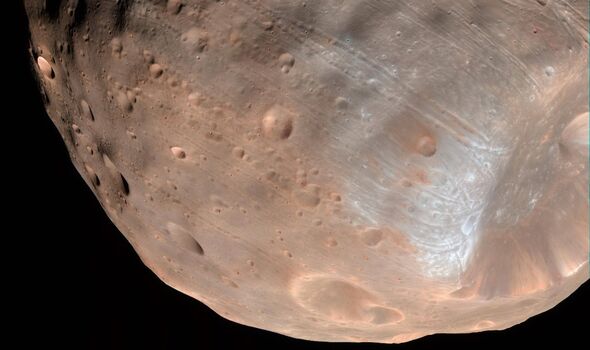 But scientists remain baffled by the small amount of meteoroid impacts detected on Mars so far given that the planet lies right next to the solar system’s main asteroid belt. This means that vast numbers of space rock do get fired into the Red Planet’s surface.

However, the planet’s atmosphere is just 1 percent as thick as Earth’s, meaning that more meteoroids pass through it without disintegrating. And while InSight’s seismometer has picked up over 1,300 “marsquakes”, September 5 2021 was the first time impact from a meteorite was pinpointed as the cause of these seismic waves.

The four meteoroid impacts confirmed so far reportedly triggered small quakes with a magnitude of no more than 2.0 on the Richter scale. Prof Garcia said: “Impacts are the clocks of the solar system. We need to know the impact rate today to estimate the age of different surfaces.”

And by counting the impact craters, scientists are able to come up with an estimation for the age of a planet’s surface.