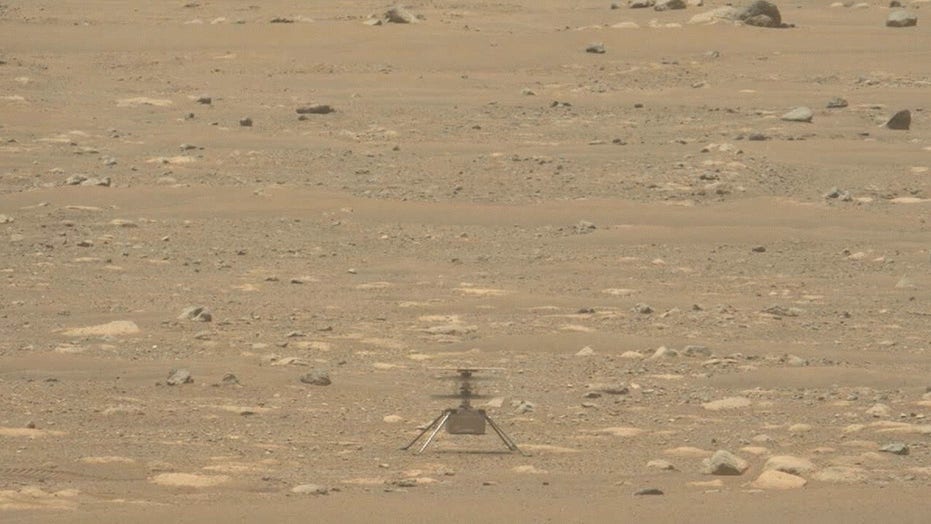 The Mars Ingenuity Helicopter completed its sixth flight last Saturday – though with a slight hiccup.

Ingenuity Mars Helicopter Chief Pilot Håvard Grip explained that the goal of the mission was to “expand the flight envelope and demonstrate aerial-imaging capabilities by taking stereo images of a region of interest to the west.”

To do so, the rotorcraft climbed to an altitude of 33 feet before translating 492 southwest at a speed of 9 mph and again moving 49 feet south while taking images facing west.

It then flew another 164 feet northeast to land.

“Telemetry from Flight Six shows that the first 150-meter leg of the flight went off without a hitch. But toward the end of that leg, something happened: Ingenuity began adjusting its velocity and tilting back and forth in an oscillating pattern,” wrote Grip.

“This behavior persisted throughout the rest of the flight. Prior to landing safely, onboard sensors indicated the rotorcraft encountered roll and pitch excursions of more than 20 degrees, large control inputs, and spikes in power consumption,” he added.

According to the post, the anomaly occurred approximately 54 seconds into the flight when a glitch occurred in the images being delivered by the helicopter’s navigation camera causing an image to be lost and for all images sent later to have inaccurate timestamps. 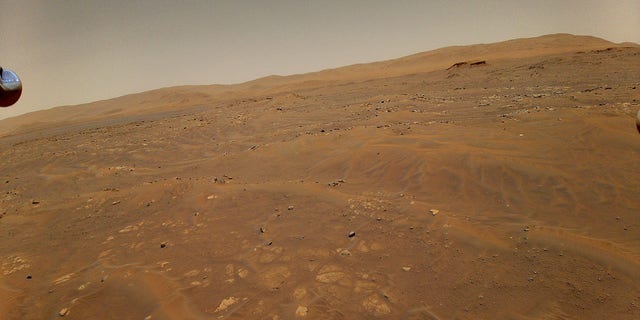 This image of Mars was taken from the height of 33 feet (10 meters) by NASA’s Ingenuity Mars helicopter during its sixth flight on May 22, 2021. (NASA/JPL-Caltech)

However, the historic helicopter persevered and was able to safely land within 16 feet of the researchers’ target landing location.

In addition, the ability to stop using navigation camera images during the final phase of descent was critical to helping the helicopter level its altitude and touch down on the Martian surface at the correct speed. 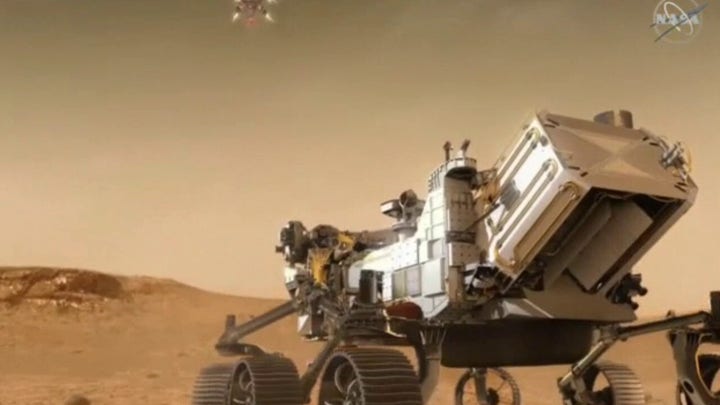 While the sixth flight revealed “a timing vulnerability,” Grip pledged that the team had and would learn from the situation.

“While we did not intentionally plan such a stressful flight, NASA now has flight data probing the outer reaches of the helicopter’s performance envelope,” he said. “That data will be carefully analyzed in the time ahead, expanding our reservoir of knowledge about flying helicopters on Mars.”

Ingenuity’s sixth flight comes as its fellow robot, the Perseverance Mars rover, prepares for its own expedition in the hunt for ancient microbial life.

The rover will collect and cache rock and sediment samples on the planet for a future return mission in partnership with the European Space Agency (ESA) in the early 2030s.