The placement of thousands of tombs in eastern Sudan has been deciphered using a method typically employed to chart stars and galaxies.

Archaeologists from the University of Naples L’Orientale and the Sudanese National Corporation for Antiquities and Museums used satellite imagery to get a fuller picture of how many tombs there were and how they were laid out.

The team applied the Neyman-Scott Cluster model, which was developed to study spatial patterns of stars, to the topography in the region.

They determined the monuments were distributed in a galaxy-like pattern, with sacred ‘parent’ tombs anchoring sub clusters of burials, like suns and orbiting planets.

While it’s clear the tombs were constructed over generations and represent different cultures, their remote location and the limited historical record made it difficult to provide any context. 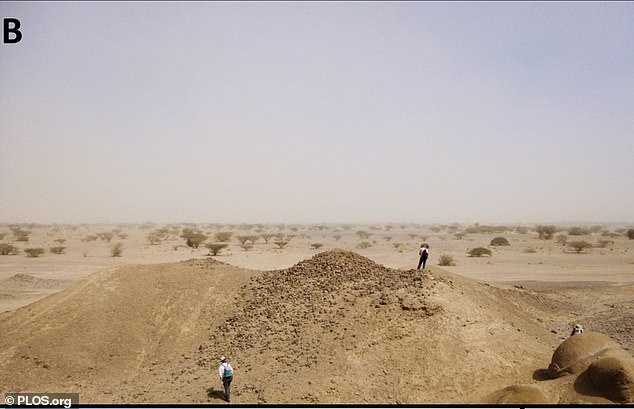 ‘We faced the challenge of interpreting the creation of the funerary landscape with almost no traditional archaeological data, but [we had] a large enough data set to be able to hypothesize the presence of complex processes both at regional and local scale[s],’ lead author Stefano Costanzo, a doctoral student in archaeology at the University of Naples L’Orientale, told Live Science.

‘To the naked eye, it was clear that the clustered tombs were conditioned by the environment, but deeper meaning may have been implied in their spatial arrangement.’

The researchers were stunned to discover more than 10,000 funerary monuments spread across 1,600 square miles, including Jebel Maman mountain, according to study published in the journal PLOS ONE.

The arrangement of the funereal structures suggested they hadn’t been laid out haphazardly, but in a pattern. 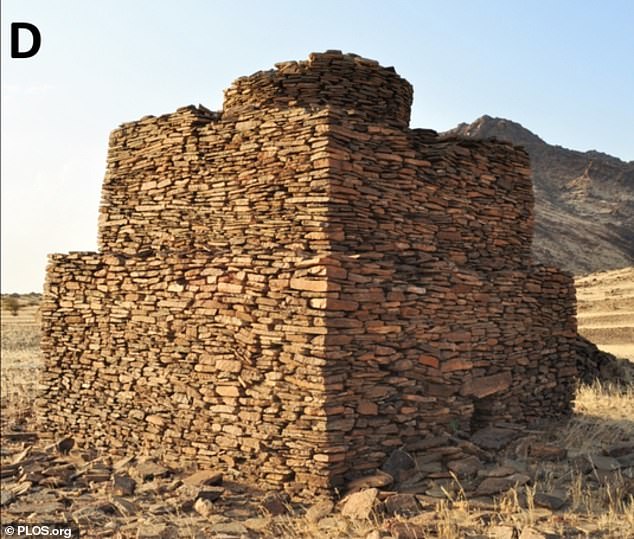 Pictured: Remains of qubbas scattered around the Jebel Maman mountain. Using the Neyman-Scott Cluster model, developed to study the spatial patterns of stars, archaeologists determined the funereal monuments were laid out in a galaxy-like pattern, with ‘parent’ tombs anchoring subclusters of burials 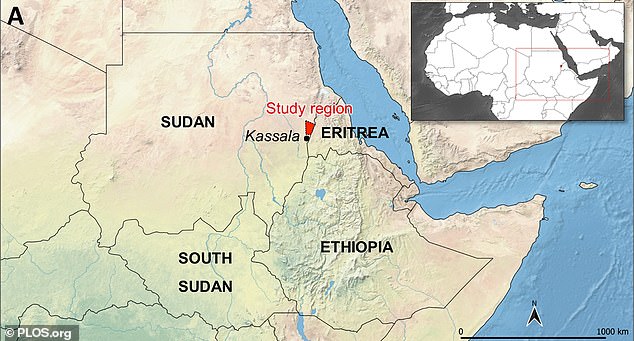 Kassala is a desert region in east Sudan near the border with Eritrea. It’s been inhabited by the semi-nomadic Beja people for at least 2,000 years.

They believe the distribution of tombs over the millennia was governed by social, as well as environmental factors.

‘The biggest feature of this model lies in the fact that it can deal with archaeological data sets that [lack excavation data and historical records] but are composed of a very large number of elements, which is the basis to meaningful statistical analyses,’ Costanzo said. 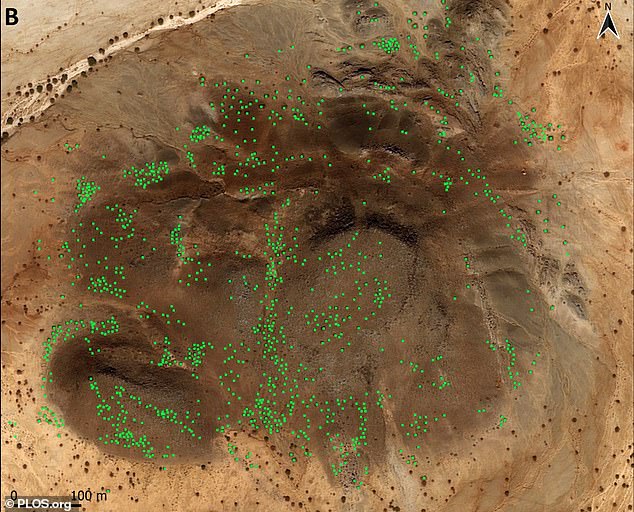 Satellite imagery illustrates the distribution of nearly 2,000 qubbas around and atop a small rocky outcrop in Kassala

Among the structures found were tumuli, simple stone mounds that have been located on nearly every continent on Earth.

The earliest ones found in Africa are in the Saharan region of Niger and date back nearly 7,000 years.

That would place the East Sudan qubbas some time between roughly 900 and 1300 AD. 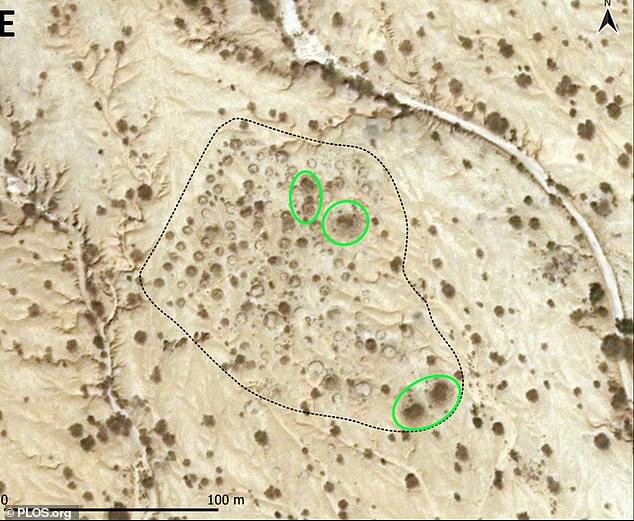 A large foothill cluster of heap- and ring-type tumuli with a few qubbas (green circles) built amid them. Archaeologists believe the distribution of the tombs over the millennia was governed by social, as well as environmental factors

Kassala, a desert region that borders Eritrea, has been occupied by the Beja, a quasi-nomadic people, for at least two thousand years.

Costanzo’s team says more research is needed to determine whether the tombs represent the Beja’s evolving funereal practices or indicate the presence of other groups in the region over the millennia.

Additional study could also reveal who was buried in the ‘parent’ tombs and what made them exceptional, Live Science reported.