World’s first cloned Artic wolf is born in China: Pup named Maya is created using a donor cell from another of its kind and an embryo that was implanted in the womb of a beagle

An Arctic wolf has been cloned for the first time by a Beijing-based gene firm that took a donor cell from a wild female Arctic wolf and combined it with an embryo that was grown inside a beagle, which shares genetic ancestry with ancient wolves to ensure the process was successful.

The pup, named Maya, was born in June but Singogen Biotechnology waited to announce her birth until she was 100 days old with the hopes the clone would be in good health, and it is.

Arctic wolves are not endangered like other breeds, but Singogen hopes to use this process to save other species that are at risk of extinction.

Although this is a scientific breakthrough, the cloning of animals is met with controversy as activists say the animals involved suffer in surgeries necessary to obtain donor cells and transfer embryos. 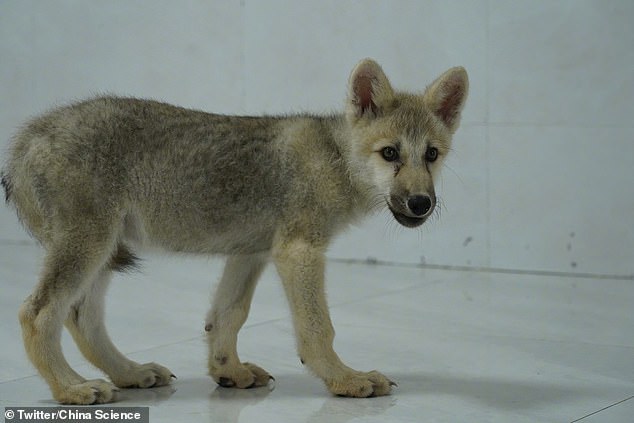 Maya was born in June, but the company waited 100 days to show her to the world to ensure she was healthy

Another argument against the process that some see producing animals by cloning is whether this technique is violating some moral prohibition, such as people are ‘playing God’ by producing embryos without using fertilization.

The other side of the argument believes that cloning animals is a way to save species on the brink of extinction.

Regardless, Maya is deemed a milestone for the application of cloning technology.

She was created through the same technique behind Dolly the sheep, the first mammal, cloned in Scotland in 1996, which is called somatic cell nuclear transfer.

Dolly, however, was euthanized at six years old when she was found to have a lung tumor.

As of right now, Maya is said to be in good health and is exhibiting behavior of a traditional Arctic wolf pup. 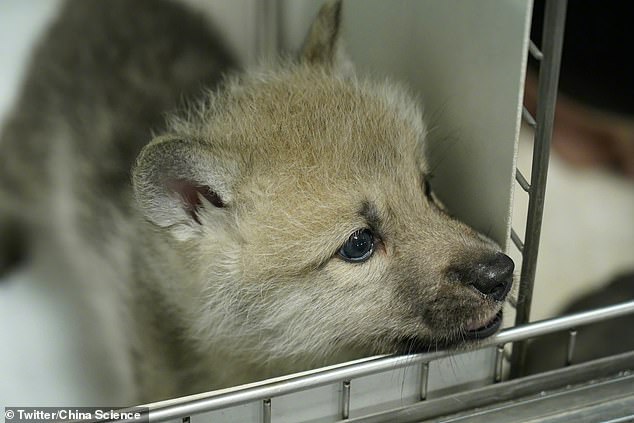 The pup was born in a process that took a donor cell from a wild female Arctic wolf and combined it with an embryo that was grown inside a beagle, which shares genetic ancestry with ancient wolves to ensure the process was successful

‘After two years of painstaking efforts, the Arctic wolf was cloned successfully. It is the first case of its kind in the world.’

The firm embarked on this quest by constructing  137 new embryos from enucleated (process of removing the nucleus from a cell) oocytes, which is a cell in an ovary, and somatic cells followed by the transfer of 85 embryos to the uteri of seven beagles – and one birth Maya.

The genetics company behind the project wants to research how to preserve animals more at risk than Maya’s counterparts.

However, there is still a long road ahead of them. ‘It is relatively easier to clone canines and cats,’ said Jidong.

‘We’ll continue to work in this field. In the next step, we may clone rare wild animals other than canines or cats … and it will be more difficult.’

But some in the scientific community have raised concern, specifically about the health of cloned animals and how cloning will affect bio-diversity.

Maya, for her part, is destined to spend the rest of her life in captivity because of her lack of socialization. 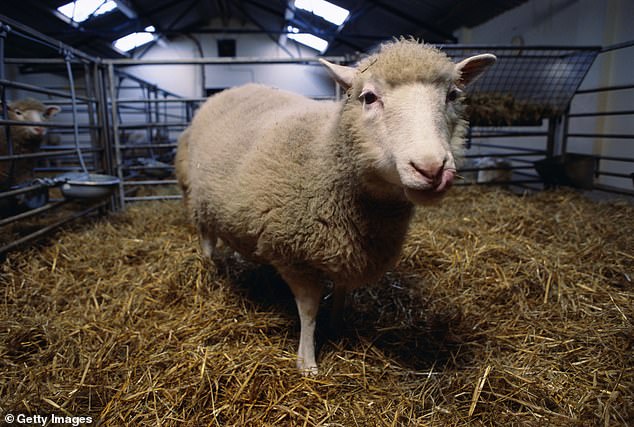 She was created through the same technique behind Dolly the sheep (pictured), the first mammal, cloned in Scotland in 1996, which is called somatic cell nuclear transfer. Dolly, however, was euthanized at six years old when she was found to have a lung tumor 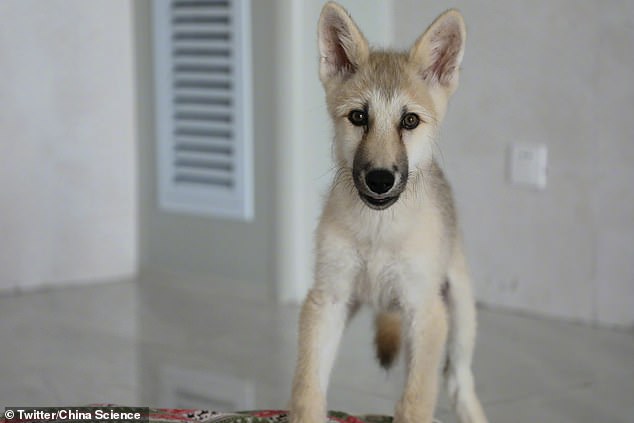 Cloning animals has been the Holy Grail for scientists since before Dolly, but now it is becoming a way to revive species that have since disappeared from the Earth.

In March, scientists at the University of California, Santa Cruz announced they had sequenced entire genome of the dodo bird for the first time.

The flightless three-foot-tall dodo was wiped out in the 17th century, just 100 years after it was discovered on the island of Mauritius.

And in the same month it was announced that researchers at the University of Melbourne are working to bring the Tasmanian tiger back to life by re-creating the extinct species in the hope it can be re-introduced to the wild.

The lab will develop technologies that could achieve de-extinction of the thylacine, commonly known as the Tasmanian tiger.

Scientists have already sequenced the thylacine genome, which has provided a blueprint on ‘how to essentially build a thylacine’, Thylacine Integrated Genetic Restoration Research Lab lead Andrew Pask said.

That embryo would then be transferred to a host surrogate uterus, such as a dunnart or a Tasmanian devil.