No laughing matter: Men who try and fail to crack jokes are judged more harshly than women who don’t get a giggle from a gag, study finds

Men who try to crack a joke that fails to land as expected are judged much more harshly than women who don’t get a giggle from a gag, according to a new study.

Through a series of experimental studies involving 5,400 American volunteers reading about men and women experiencing a human fail, the team from Yale University in New Haven, Connecticut explored how people are judged in everyday life.

‘Humour gave us the perfect lens to frame the question of how people respond to slip-ups in our efforts to befriend rather than get ahead,’ said author Taly Reich.

The authors found women were rated more likeable, competent and funnier if they failed to land their jokes than men who failed to crack a gag, but they discovered there was no difference between how they were perceived if the jokes landed successfully.

This is likely due to the fact men are seen as trying to serve themselves when making jokes, whereas women are making an effort to connect with another person. 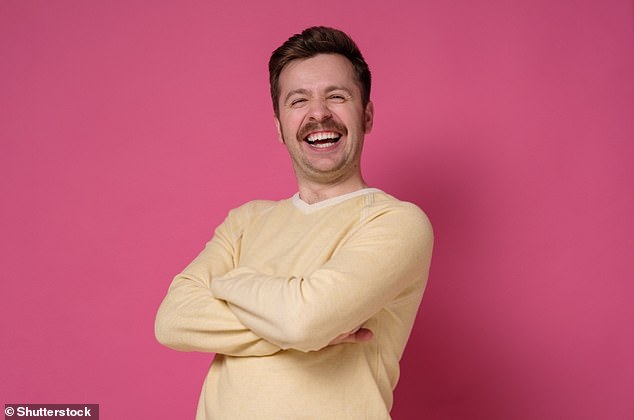 Men who try to crack a joke that fails to land as expected are judged much more harshly than women who don’t get a giggle from a gag, according to a new study (stock image)

TOP 10 JOKES THAT CONFUSE AND AMUSE IN EQUAL MEASURES

Top 10 jokes that amuse and confuse in equal measure according to British adults taking part in a survey:

For the study, the researchers had groups of volunteers read about a man or a woman who were on their first date and cracking jokes throughout the night.

In one scenario the jokes were failing to land as their partner didn’t find them funny.

The volunteers were asked to rate the person cracking jokes on how likeable, competent and funny they thought they were.

The team say this helped them examine how mistakes impact everyday life, as previous studies focused primarily on mistakes in work-life and getting ahead.

‘Which led to the perception that men’s humour failures were mistakes of greater magnitude, ultimately decreasing men’s likability and perceptions of competence,’ the researchers explained.

They discovered that perceived intentions played an important part in this perception, as women were seen as using humour to connect with others, but men used it to make themselves look better.

‘Unfortunately, women often have to tread lightly because their mistakes are more damning than the same mistakes made by men,’ Reich told PsyPost.

‘Our research suggests that this might apply more in the office than, say, on a date or in another setting where the goal is to connect.

‘That is, when the goal isn’t to get ahead, but to build bonds. When women make a mistake in that arena — say, making a joke that doesn’t quite land — observers grant them more leniency than when men slip up in the same way.’

They confirmed the link between intention and how likeable someone is by describing the women trying to crack jokes as doing so to ‘enhance themselves’.

When this was done ‘their competence and liking fell to levels commensurate with men attempting to enhance themselves,’ the researchers said.

They discovered that this same effect happened outside of dating, with humour failures in workplaces judged more harshly from men than women.

It means that women are given more freedom to make mistakes than men when it comes to trying to be funny, but is more to do with perception than gender. 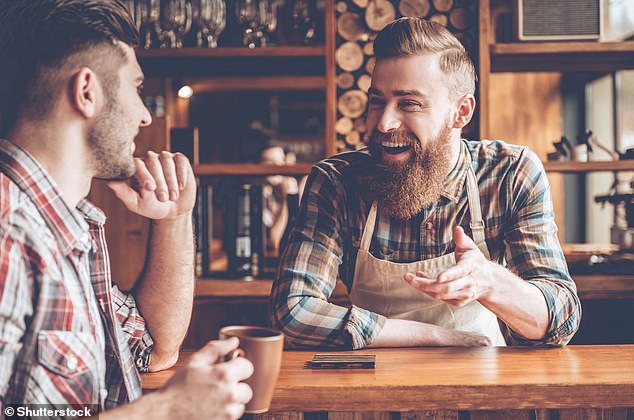 Through a series of nine experimental studies involving 5,400 American volunteers reading about men and women experiencing a human fail, the team from Yale in New Haven, Connecticut explored how people are judged in everyday life (stock image)

‘These aren’t hard-set gender differences. It’s more about why others think that the mistake was made in the first place,’ said Reich.

People usually assume men are trying to show off and women have more noble intentions when it comes to making jokes.

With this in mind, the researchers say men could counter this perception and not be judges so harshly when failing to land a joke by ‘signalling an honest attempt to connect’ and not just making themselves look good.

‘It should also be noted that we only looked at jokes that simply weren’t funny, not necessarily jokes that veered into the territory of being inappropriate or offensive,’ the study authors added.

The findings have been published in the Journal of Experimental Social Psychology.

Two-thirds of people laugh at jokes they don’t understand to fit in, with humour involving PUNS puzzling them the most, study finds

More than two-thirds of Brits – 67 per cent – laugh at jokes they don’t understand to fit in, according to new research.

In a survey of more than 2,000 Britons, 56 per cent also admitted to re-telling jokes without understanding the punchline themselves.

Another 56 per cent said they had needed to look up the meaning of a joke that they did not understand.

Jokes based on unfamiliar concepts and word play were the hardest for people to grasp out of the dozens that made up the survey.

The researchers found ‘How do you drown a Hipster? In the mainstream’ was the joke most likely to confuse, followed by the much-loved ‘Time flies like an arrow. Fruit flies like a banana’.