The small meteor that came crashing towards our planet in late February is an extremely rare type known as a carbonaceous chondrite – a rock that contains the ingredients for life. It is the first of its kind to ever be found in the UK after it landed in a driveway in the Cotswold town of Winchcombe. Thousands of people across the UK and Northern Europe watched in awe as a fireball cut across the night skies on February 28.

The meteorite dived towards our planet at speeds of about 14km per second before hitting the atmosphere.

Once it began its fiery descent to the ground, specialised cameras positioned around the country were able to track its path.

Thanks to the UK Fireball Alliance (UKFALL), scientists were able to pinpoint where the meteorite landed as well as where in the solar system it came from.

Fragments of the space rock were scattered over Gloucestershire with the 300g piece landing on a driveway in Winchcombe.

Scientists are now calling the space rock the Winchcombe meteorite. 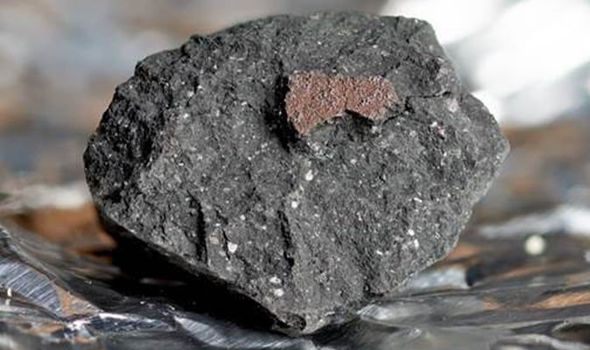 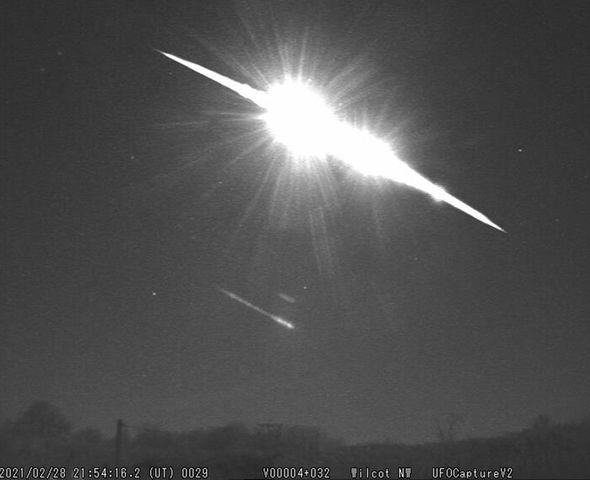 The rock was quickly scooped up by a team of scientists and it is now in the care of the Natural History Museum in London.

Because the rock was found in a relatively pristine condition, scientists have compared it to rock samples retrieved from deep space missions such as Japan’s Hayabusa2.

Dr Ashley King, UK Research and Innovation Future Leaders Fellow in the Department of Earth Sciences at the Museum, hailed the discovery.

Dr King was among the first scientists to arrive on the scene last Wednesday, March 3, after a family reported the meteorite’s landing.

He said: “Nearly all meteorites come to us from asteroids, the leftover building blocks of the solar system that can tell us how planets like the Earth formed.

“The opportunity to be one of the first people to see and study a meteorite that was recovered almost immediately after falling is a dream come true.” 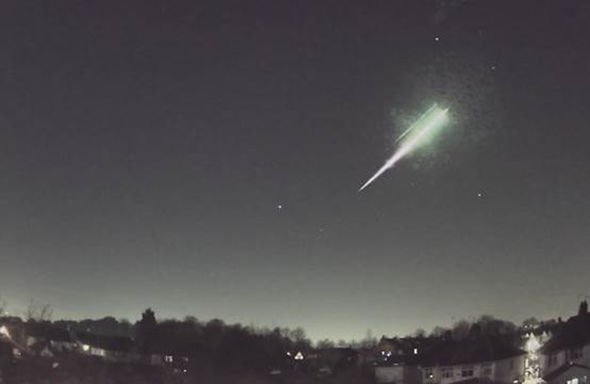 Carbonaceous chondrites are a very rare type of rock made from a mix of minerals and organic compounds, including amino acids.

These are some of the oldest and most primitive building blocks of the solar system, going as far back as nearly 4.6 billion years.

Studying them can tell us more about how the solar system took shape and what the planets are made from.

The rock was identified by Dr Richard Greenwood, a Research Fellow in Planetary Sciences at the Open University.

He said: “I was in shock when I saw it and immediately knew it was a rare meteorite and a totally unique event.

“It’s emotional being the first one to confirm to the people standing in front of you that the thud they heard on their driveway overnight is in fact the real thing.”

Roughly 65,000 meteorites have been found on Earth to date, but only 1,206 were seen falling to the ground.

The last meteorite found in the UK was the so-called Glatton meteorite that crashed into a residential garden in 1991.

Professor Sara Russell, Merit Researcher in Cosmic Mineralogy at the Museum, said: “The Japanese space mission Hayabusa2 returned around 4.5 g of fragments from asteroid Ryugu to Earth in December last year, and at the Museum we are helping to characterise this material.

“The Winchcombe meteorite fall is very timely as the rock is similar to Ryugu in many ways, and we can use the meteorite to rehearse for mission analyses.”

Dr Luke Daly from the University of Glasgow, added: “It’s thanks to this international collaboration, including researchers as far away as Australia, that we were able to calculate where this meteorite landed so quickly and with such accuracy, as well as where it originated from in the asteroid belt, a rarity that can be said of only about 40 of the 65,000 meteorites on Earth.

“Goodwill and teamwork have produced a stellar result.”

The scientists are now hoping to find more fragments of the meteorite.

These may appear as black stones or pules of tiny rocks or dust.

Anyone who may stumble upon a meteorite fragment was asked to photograph the rock, record its location and carefully collect the sample using a glove or aluminium foil.

You should then immediately contact the Natural History Museum.