Monkeypox: WHO to rename disease over stigmatisation concerns — invites suggestions

Monkeypox: All you need to know about the disease

Monkeypox — a close relative of smallpox — is a viral disease typically contracted from animal bites or the consumption of improperly cooked meat, but that can spread from person-to-person by close contact. Initial symptoms of infection can include chills, fatigue, fever, and muscle aches — with more severe cases often presenting with a rash on the face and genitals that can spread elsewhere on the body before scabbing over. The virus is known to cause severe disease among certain vulnerable groups, including young children, people who are immunosuppressed and pregnant women.

In July, the WHO declared the current global monkeypox outbreak to be an international emergency — with an estimated 31,000 cases reported worldwide.

The disease has been endemic in parts of central and western Africa for decades, but has only begun to produce large outbreaks around the world in recent months.

Outside of Africa, the majority of cases have affected men who have sex with other men — with vaccine rollouts targeting this community.

As of August 8, 2022, the UK Health Security Agency has reported 2,914 confirmed and 103 highly probable cases of monkeypox in the UK, with the majority detected in England. 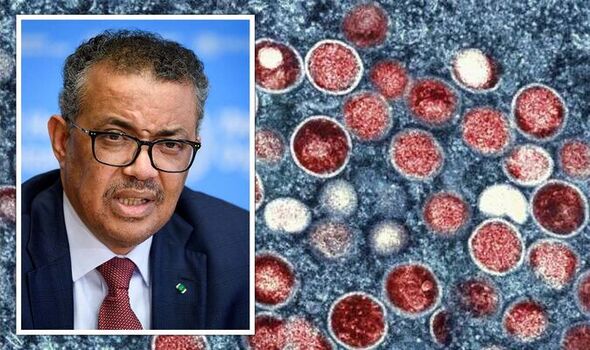 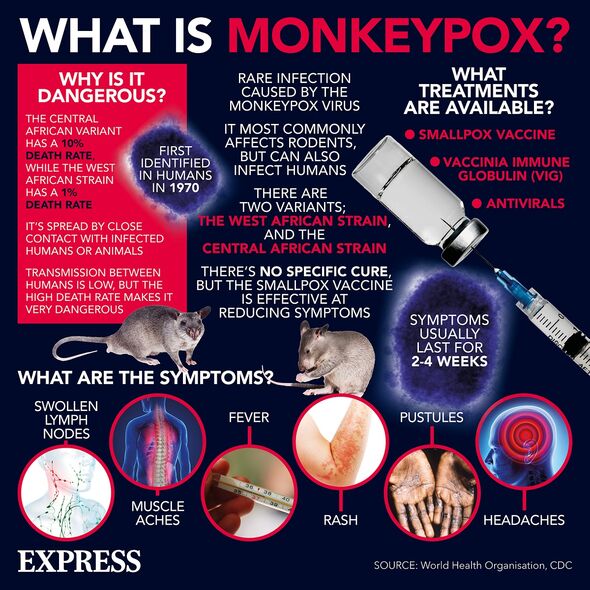 Monkeypox was given its name when the disease was first identified back in 1958 in research monkeys in a laboratory in Copenhagen, Denmark.

It is thought, however, that monkeys do not provide a natural reservoir for the virus — with scientists suspecting such may be found among rodent populations.

In a statement on Friday, a WHO spokesperson said that the decision to rename monkeypox was made this week following a meeting of experts — and is in line with the current best practices for disease nomenclature.

These practices, they added, aim “to avoid causing offence to any cultural, social, national, regional, professional, or ethnic groups”.

They also strive to “minimise any negative impact on trade, travel, tourism or animal welfare”. 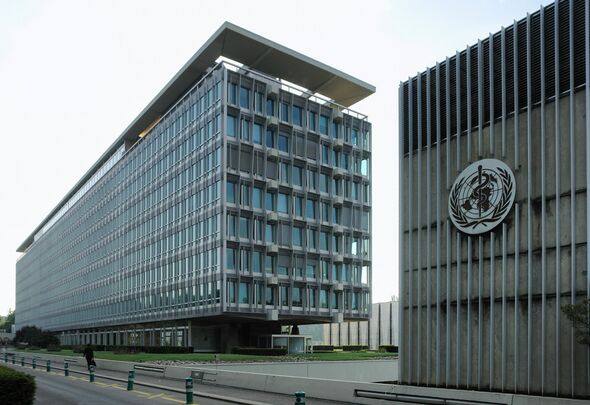 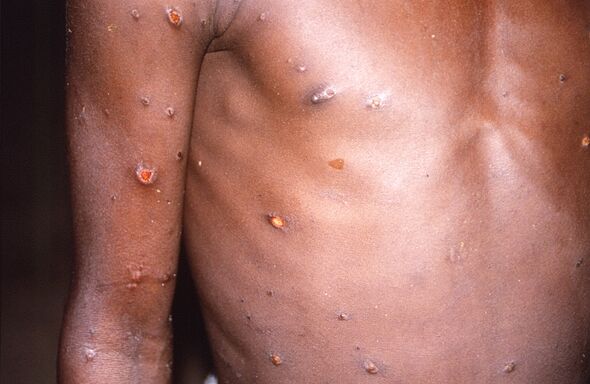 They added that the WHO “is holding an open consultation for a new disease name for monkeypox.

“Anyone wishing to propose new names can do so here (see ICD-11, Add proposals).”

It is not yet known if WHO officials have a timeframe in mind for announcing the new name for monkeypox.

“First, there is a long history of referring to Blacks as monkeys. Therefore, ‘monkeypox’ is racist and stigmatises Blacks.

“Second, ‘monkeypox’ gives a wrong impression that the disease is only transmitted by monkeys. This is wrong.” 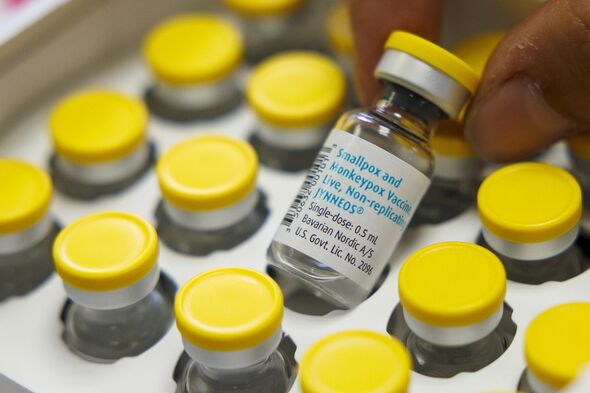 On Friday, the WHO also announced that in the interests of avoiding stigmatisation, it had also renamed two clades of the virus such that they use Roman numerals rather than geographical areas.

(A clade is the name given to a group of organisms that comprises one common ancestor and all of its lineal descendants.)

Subclade IIb, they explained, refers primarily to the group of variants that have been dominant in the current global monkeypox outbreak.

The WHO continued: “The naming of lineages will be as proposed by scientists as the outbreak evolves. Experts will be reconvened as needed.

“The new names for the clades should go into effect immediately while work continues on the disease and virus names.”

They added that “the naming of virus species is the responsibility of the International Committee on the Taxonomy of Viruses, which has a process underway for the name of the monkeypox virus.”

Monkeypox’s former Congo Basin and West African clades are not the only diseases to take their names from the regions in which they first originated.

Other examples include Japanese encephalitis, Marburg virus (named after the German town in the State of Hessen which saw an outbreak in late 1967), Spanish influenza and the Middle East Respiratory Syndrome.

To date, the WHO has not publicly mooted the idea of changing the name of any of these diseases.