When Neil Armstrong and Buzz Aldrin touched down on the Moon on July 20, 1969, America was in the grips of the Cold War Space Race. Nearly 52 years on from the monumental triumph and the Moon landing is still hailed as one of humanity’s greatest accomplishments, carried out by American astronauts in “peace for all mankind”. And yet, NASA’s crowning achievement is still at the heart of many conspiracy theories, with niche groups of people around the globe questioning whether humans ever landed on the Moon.

The most popular theory – one that is debunked time and time again – is that NASA faked the Moon landing footage to gain an upper hand in the Space Race.

Others have said the US flag flapped and waved while on the Moon, despite being in the vacuum of space.

Although many of the claims have been put to rest over the years, the internet is still a hotbed of unsubstantiated claims and baseless rumours.

Scott C Waring, a popular UFO hunter and self-titled ET expert, has now joined the ranks of Moon landing doubters, with what he believes is undeniable proof of a NASA hoax. 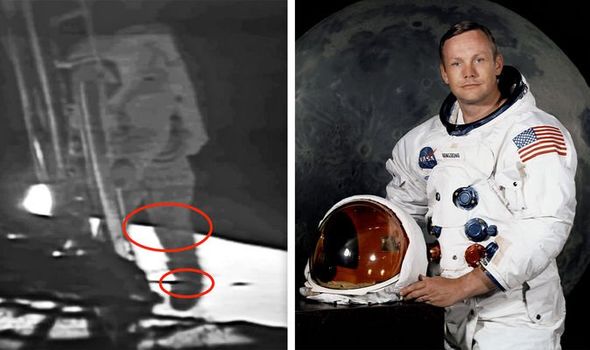 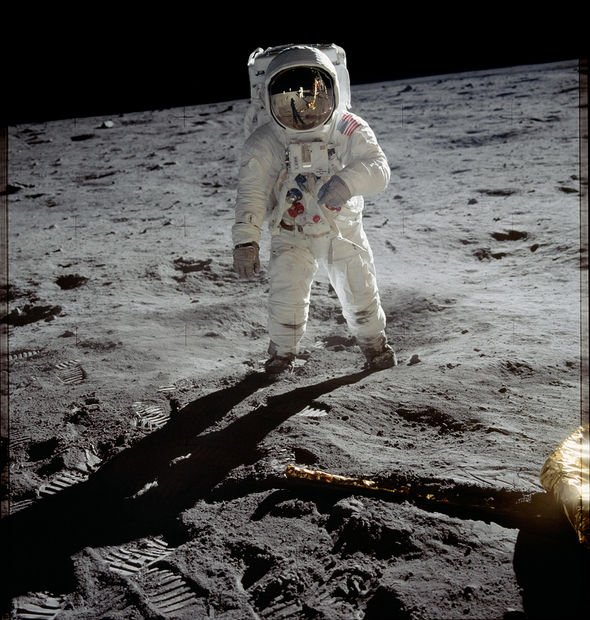 Writing on his blog UFOSightingsDaily.com, Mr Waring shared an official NASA video clip of the moment Neil Armstrong set foot on the Moon.

As he climbs the ladder down to the dusty, grey regolith that covers the lunar surface his left leg appears to show some degree of transparency.

If you look closely at the video, you can just about see the lunar horizon clipping into Mr Armstrong’s leg.

In Mr Waring’s opinion, this is definitive proof of the Moon landing being staged.

He said: “As the astronaut steps down the ladder, you can see the Moon’s shadow that should be behind his foot… suddenly is in front of his foot.

“The same goes with his upper leg making the horizon of the Moon visible through him.

Moon landing: Michael Collins reveals what he was worried about

“As the astronaut steps down onto the Moon, you can easily notice the horizon of the Moon’s surface through his chest.

“This should be impossible. However, there is one explanation… that the video was faked and the astronaut was added later after the video made.”

Mr Waring went on to say he does not believe all the Moon landings were faked – NASA landed humans on the Moon six times – but he thinks the Apollo 11 mission was staged.

He added: “NASA deliberately lied and created their own video that would be seen throughout history and be called a monumental moment for humanity… a monumental lie maybe. It’s sad, but true.”

What is going on? Could it be Mr Waring has stumbled upon a bombshell clue about the Moon landing’s authenticity?

Well, the UFO hunter is not the first person to have pointed out the bizarre quirk about NASA’s Moon landing footage – a quirk that has already been explained many times over the years. 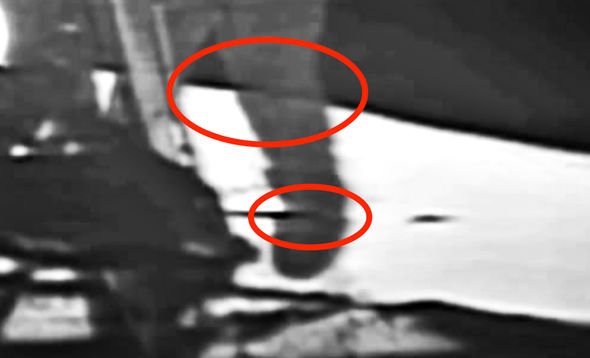 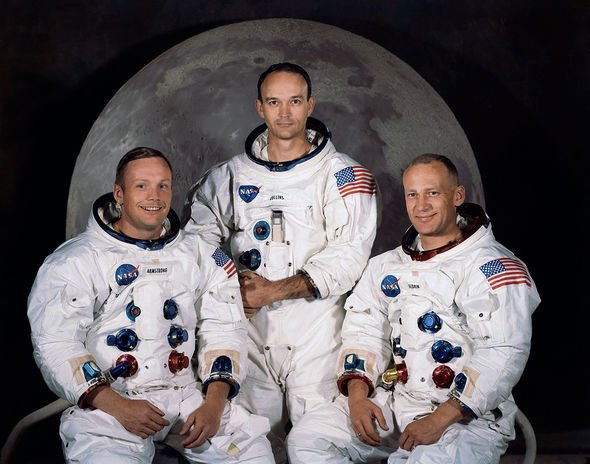 A thread on the website Quora has asked this exact question: “Why do astronauts sometimes appear transparent in video footage of the Moon landings?”

And the answer is fairly simple and has all to do with the camera and video technology available at the time.

According to C Stuart Hardwick, author of the 2018 book for All Mankind, the video transparency is an effect is a camera artefact called image lag.

The cameras used on the Apollo 11 lander used a camera tube to project a scene onto a photoconductive target.

This created a charge-density pattern that was scanned to form an electric TV signal.

The charge would remain on the target until it was re-scanned or dissipated, causing a lag in the image.

Mr Hardwick explained: “The image lag causes a characteristic smear or tail following fast-moving objects in a scene, and prolonged exposure of a bright stationary object results in a slow decaying after-image that looks like a ghost or x-ray effect.

“What’s worse, once the signal reached Earth, the image was then displayed on a super-bright CRT screen (which had its own image lag) and re-captured using standard TV cameras using various image standards from TV systems around the world, all of which had there own lag.

“The end result was lots of image artefacts, which were all completely normal and expected to TV viewers of the time.”

This may seem bizarre by modern-day standards, where 4K resolution cameras are built into our phones and fit in our pockets.

But in 1969 it was an incredible feat of engineering and science to plant humans on the Moon, giving Mr Armstrong the chance to utter the now immortal phrase: “That’s one small step for man, one giant leap for mankind.”