More than half a century ago, Neil Armstrong and Buzz Aldrin touched down at Tranquility Base, fulfilling President John F Kennedy’s goal and bringing an end to the Space Race. The pair jumped out of the lunar lander Eagle and spent two-and-a-quarter hours collecting more than 20kg of rock samples before burying the US flag into the surface. They then blasted back to rendezvous with Michael Collins who was orbiting in the Command Module Columbia.

But author Nancy Atkinson claimed during her book ‘Eight Years to the Moon: The History of the Apollo Missions’ that the legendary trio had a near-miss on their way home.

She told Business Insider: “Through my interviews and research for the book, I uncovered a serious anomaly that occurred during Apollo 11’s return to Earth.

“The event was discovered only after the crew had returned safely to Earth.”

The problem reportedly occurred as Apollo 11 returned to Earth’s atmosphere as a discarded space module nearly crashed into the crew’s capsule. 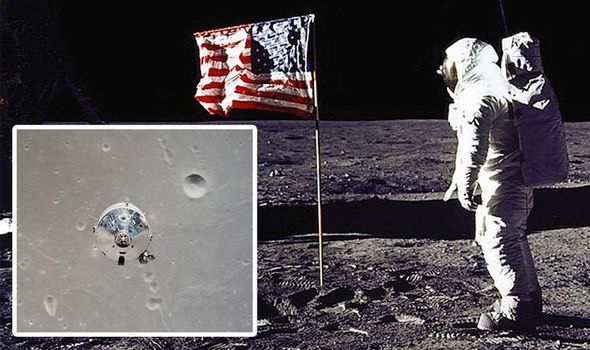 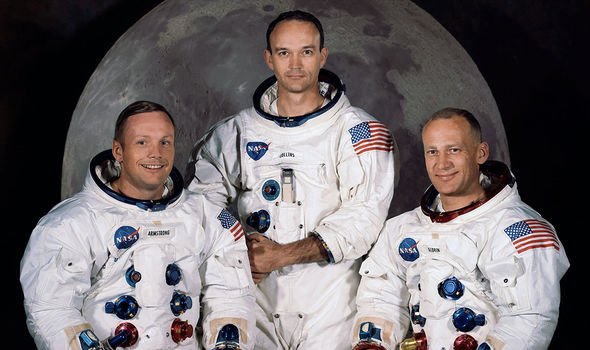 During their journey back, the crew rode inside the command module, which sat on top of the service module.

NASA called the two-part spacecraft the command and service module, or CSM.

About 15 minutes before the astronauts splashed into the Pacific Ocean, the CSM fully separated into its two parts. 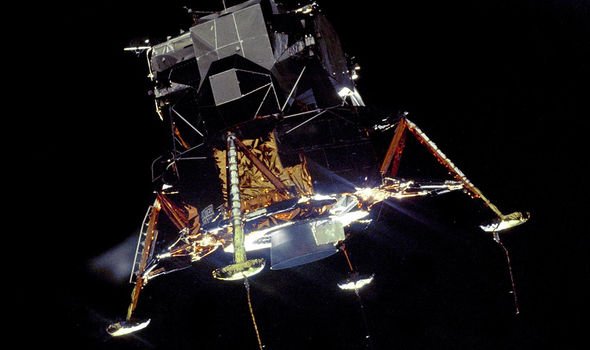 This was necessary because only the command module (which held the crew) had a heat shield.

The shield protected the astronauts by deflecting and absorbing the heat experienced from Earth’s atmosphere as they rocketed back at about 25,000mph.

The service module became useless and posed a fire risk, so it was supposed to be disposed of safely.

But apparently, it did not.

Instead, Ms Atkinson believes the service module chased the astronauts during their descent. 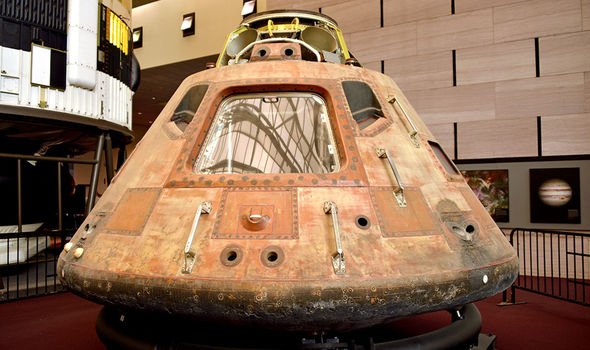 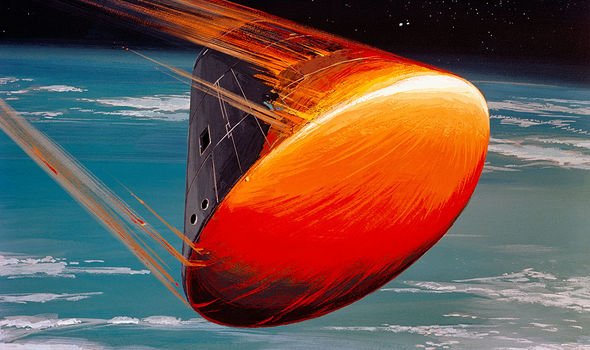 The inspiration behind her claims came from a NASA transcript from 1969.

Aldrin told Mission Control: “Houston, we got the service module going by. A little high and a little bit to the right.

Moments later he added: “It’s coming across now from right to left.”

Gary Johnson, who worked as an electrical engineer on the Apollo programme said during the book that the service module should have been “absolutely nowhere close to the command module” as it descended.

He added that if the two modules collided, the consequences could have been catastrophic. 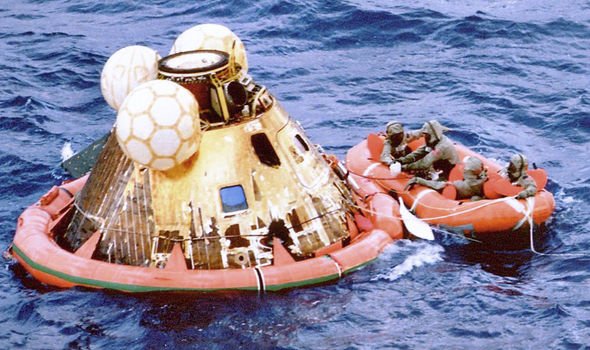 He said: ”If things had gone bad, we could have lost the Apollo 11 crew. We were lucky.”

It comes as new tantalising clues into Kennedy’s true intention for Apollo 11 have come to light.

Author and curator of the Smithsonian’s Apollo collection, Teasel Muir-Harmony, has uncovered documents from the United States Information Agency (USIA) that appear to be his true plot.

Dr Muir-Harmony claims that Kennedy “didn’t propose it for the sake of science,” and it was instead a “demonstration of what the American industry was capable of and a demonstration of American values”.

‘Eight Years to the Moon: The History of the Apollo Missions’ is published by Page Street Publishing and available to purchase here.