Almost a third of Britons would gladly replace their MPs with AI and around two thirds would vote on their phones if given the chance, study finds

Getting sick of politicians? Well, you’re not alone — 31 per cent of Britons and more than half of Europeans would gladly replace their MPs with artificial intelligences.

This finding comes from the latest European Tech Insights Survey report, which was compiled by researchers from the IE University in Spain.

The results point to a growing scepticism surrounding ‘Big Tech’ firms but, in the wake of a year of lockdowns, a greater willingness to embrace technology overall.

For example, more than 40 per cent of respondents supported the use of controversial facial recognition tech for verifying the identity of citizens.

And 64 per cent of Britons and and 72 per cent of Europeans said that they would like to be able to vote in elections using their mobile phones. 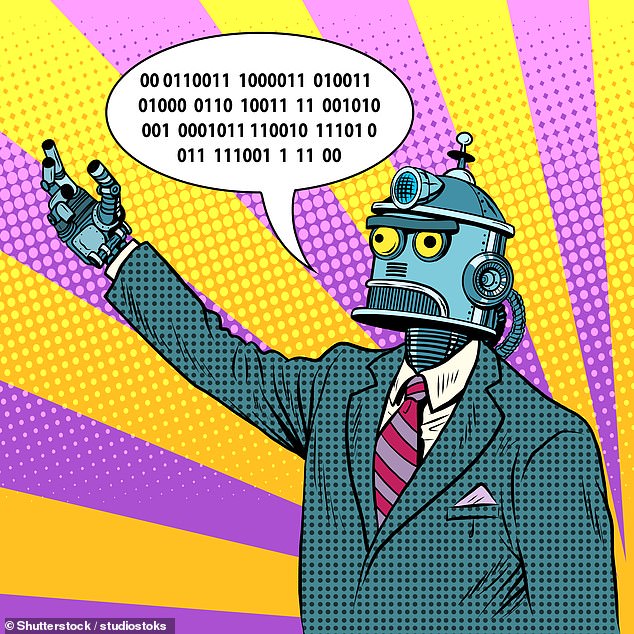 Getting sick of politicians? Well, you’re not alone — 31 per cent of Britons and more than half of Europeans would gladly replace their MPs with artificial intelligences, a study has found

These findings come from the latest European Tech Insights Survey report, which was compiled by researchers from the IE University in Spain. Pictured: respondent’s opinions on the potential for replacing MPs with artificial intelligences

‘This year, we have seen significantly more negative perceptions of the Big Tech companies and their role in society,’ said IE University director Oscar Jonsson.

‘More Europeans than ever want to limit or deescalate them and tax them more.’

However, he added, ‘at the same time, the pandemic has increased our reliance on the goods they provide and digitalisation more broadly.’

‘This emphasises the duality of need of digital goods, but also the growing unease of the mostly unregulated space they are operating in.’

Conducted by Netquest in the January of this year, the European Tech Insights 2021 survey involved 2,769 respondents from the UK, the US, China and eight European countries.

Participants were polled about their opinions on how technology is shaping our lives — with a focus on such issues as automation, democracy and the growing influence of Big Tech companies from around the globe.

Regarding the latter, respondents expressed support for stronger regulations on such large firms — with 69 per cent of Britons and 65 per cent of Europeans in favour of the introduction of a ‘tech tax’ on technology companies.

In an increase from the results of last year’s surveys, 40 per cent of Britons and 42 per cent of Europeans want their governments to limit — or even reduce — the size of the firms like Amazon, Apple, Facebook, Google and Microsoft.

The survey also reveals that Britons are overwhelmingly against Facebook merging its apps and becoming a private messaging behemoth. 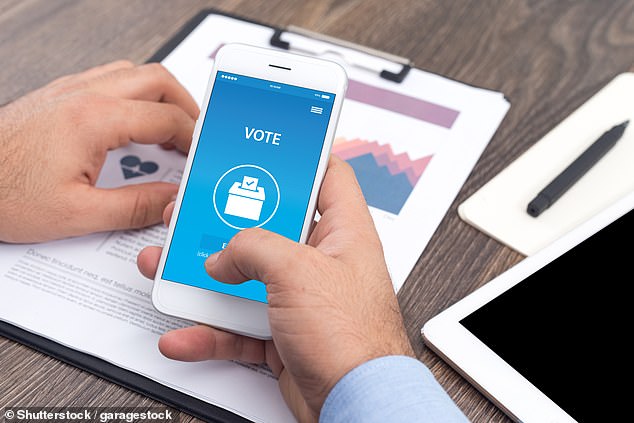 Researchers found that 64 per cent of Britons and and 72 per cent of Europeans would like to be able to vote in elections using their mobile phones, as depicted above

Pictured: there was significant support in favour of online voting among survey respondents 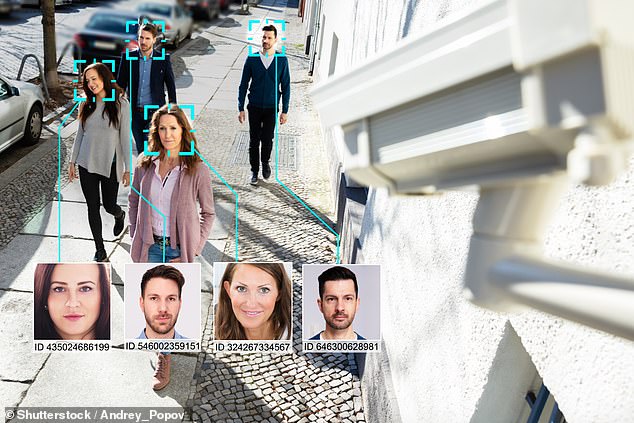 Alongside a willingness to see national MPs replaced by machines, the survey also revealed that a third of Europeans would prefer that AI handled matters like social welfare payments or foreign working visa approvals instead of human civil servants.

And nearly a quarter of Britons and more than a third of European citizens said that they would prefer it if their packages were delivered by a robot rather than a human.

Despite this, however, support appears to be growing for regulations designed to safeguard human jobs from automation — with a majority of 47 per cent of respondents in favour of such limits, up from 44 per cent last year.

The full findings of the European Tech Insights Survey 2021 were published on the IE University website.

Europeans, Half, More, of, than, wo
You may also like: