Mount Etna had suffered a dramatic rupture after a “new split” opened up along its active crater. Footage from the scene shows lava rocks flying into the air and orange streams oozing down Mount Etna’s slopes. The new split in the crater appears to have bisected the famous volcano.

The volatile volcano began erupting last Sunday, according to a local volcanologist.

Boris Behncke, from the INGV-Osservatorio Etneo in Catania, Sicily, said that lava began “oozing” from the Etna’s southeast crater and toward the east last weekend.

A second lava overflow was detected from the north side of the same crater days later.

Following the initial eruption, volcanic ash covered cars of the nearby small village of Milo, near Catania.

JUST IN: Antarctica bombshell: NASA snapped ‘something rising above ice’ 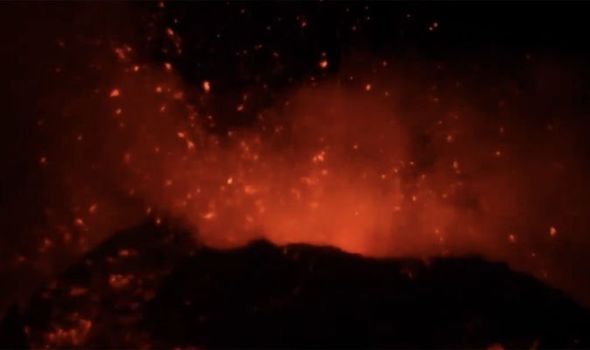 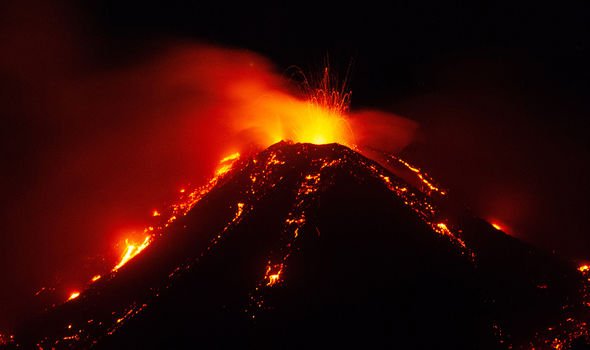 By Monday evening, Mr Behncke tweeted that the crater had exploded in a “new paroxysmal eruptive episode,” releasing bursts of lava, hot ash and gas.

Several videos shows the volcano continuing to spew bubbling lava and hot ash into the Sicilian sky throughout this week.

Researchers revealing there has been a “near constant” eruption over the last few days since it first burst back into life on the weekend.

Italian authorities swiftly issued an ash advisory for surrounding cities, and the debris were found as far away as Fleri, which lies 18 miles (28.9 kilometers) from the volcano. 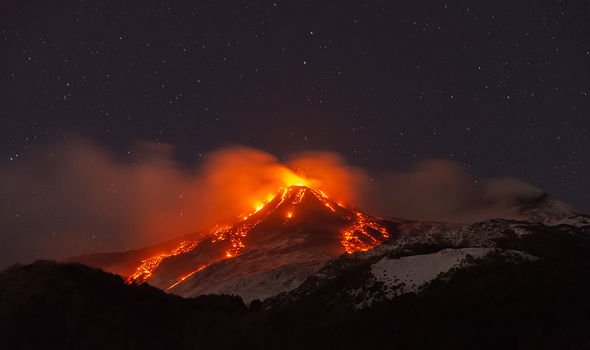 It is believed to have the longest written record of eruptions than any other volcano, with its first recorded observation going back to 425 BC. 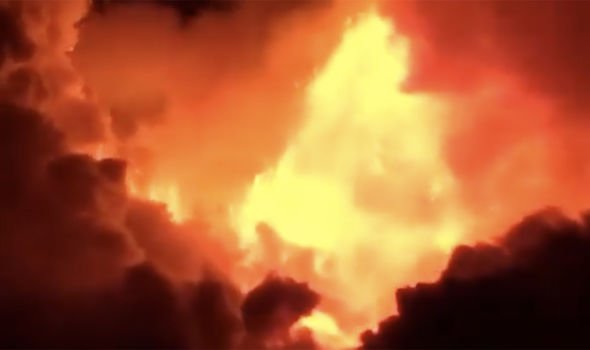 Scientists have speculated that Etna could trigger lethal tsunamis along the coast of Italy and Sicily if the giant volcano slides into the Mediterranean sea.

Analysis of the active volcano has found Etna is gradually creeping towards the sea under the bulk of its own weight.

The slow movement has caused one of the volcano’s sides on the east of Sicily to dangerously weaken.

If the volcano collapses into the sea, it “could lead to a tsunami” in the popular Italian holiday destination.

Dr Morelia Urlaub, of the Helmholtz Centre for Ocean Research in Germany, warned large portions of the volcano are “continuously slipping into the sea”.

She said: “This movement is important to study as it could lead to a catastrophic collapse of the volcano.

“The results of this study suggest Etna’s flank movement in fact poses a greater hazard than previously thought.”

ctp_video, L., mount etna, volcano
You may also like: