From Russia with sludge! Invasive mussels are pooping so much phosphorous it’s choking the Great Lakes and causing hundreds of millions of dollars in damage a year

Environmentalists have been fighting the good fight against the Great Lakes’ algae blooms – toxic green soup that kills fish and contaminated drinking water – for decades, by trying to clean up the shores and stem pollution from the surrounding area.

The algae feed on phosphorous, so regulators have worked to limit how much can seep back into the water from agricultural runoff and wastewater.

But scientists may have been fighting the wrong enemy all along.

A new report suggests the phosphorous is coming from a different source: An invasive species of mussels native to Russia that’s been living on the bottom of the lakes and churning out the potent chemical in their poop.

Researchers believe the invasive bivalves are frustrating efforts to clean up the world’s largest freshwater ecosystem and causing $500 million in damage a year to ships, other species and infrastructure. 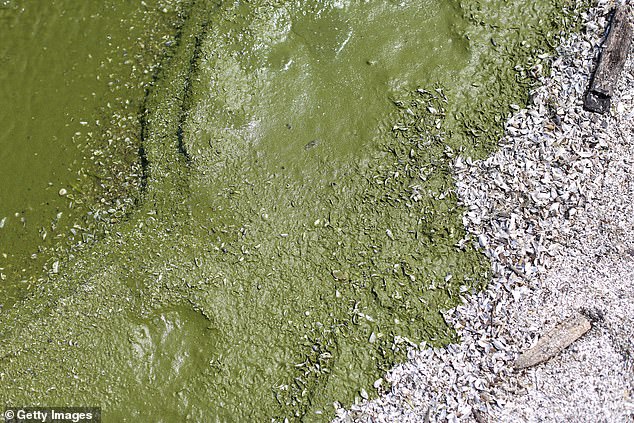 Quagga and zebra mussels are invasive bivalves that first landed in the Great Lakes in the late 1980s.

They were likely brought stateside in the ballasts of ships coming from their native southern Russia and Ukraine.

While zebra mussels were the first to the Great Lakes, they were eventually overtaken by quagga, which can live in much deeper waters. 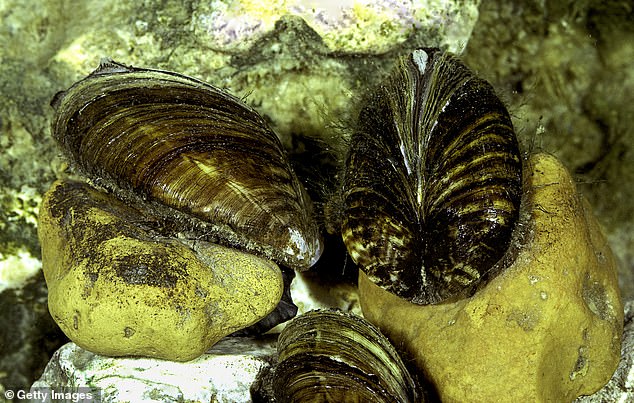 It was assumed the blooms were feeding off phosphorus from agricultural runoff, but now researchers say invasive mussels are controlling the  nutrient cycles for the largest freshwater ecosystems on the planet

Their larvae can swim right into water-treatment plants and clog pipes.

According to the United States Geological Survey, the Great Lakes’ mussel population costs $500 million a year in repairs.

‘Unfortunately, there are no foolproof existing technologies or treatments to eradicate established mussel populations in large, open water systems in an environmentally sound manner,’ the USGS said.

Some communities have even invested in mussel-sniffing dogs to root out infestations, according to Tech Times. 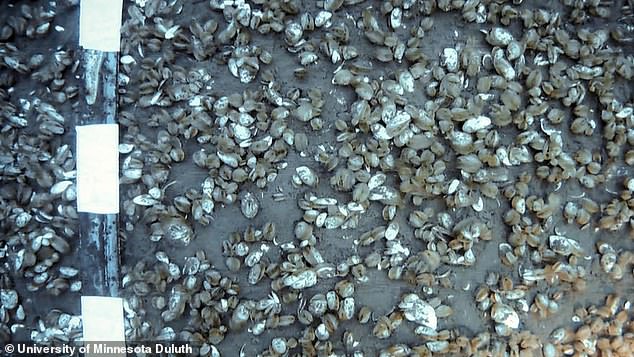 In parts of Lakes Huron, Ontario, Michigan and Erie, quagga density exceeds 10,000 per square meter. The bivalves eat and poop phosphorus, instead of allowing it to settle into the sediment

Now researchers believe the mussels are also contributing to the cyanobacteria (blue-green algae) blooms that can choke the Great Lakes.

Previously it was thought the scummy green blobs were just feeding on the phosphorus coming from fertilizer and sewage washed into the lakes.

But according to Jiying Li, a postdoctoral researcher at the University of Minnesota at Duluth, the quagga are controlling the amount of phosphorus in the lakes ‘by sequestering large quantities of it into their expanding biomass.’

The bivalves ingest and poop phosphorus, and capture large amounts of it in their bodies.

As a mussel population is growing, they sucks up so much phosphorus there’s not enough for other marine life.

The water can look clear because there’s not enough life in it.

When that happens in the Great Lakes, ‘they’re going to release a lot of phosphorus back into the ecosystem’ from their dead bodies, Ozersky said.

According to their research, published in the Proceedings of the National Academy of Science, the mussels have totally altered the entire chemical composition of the lakes.

‘It’s shocking to say that a single species that lives at the bottom of the lake has become so pervasive, they control the nutrient cycling in some of the largest freshwater ecosystems on the planet,’ said physicist Sergei Katsev, another co-author. ‘They are the most abundant and dominant life form in much of the Great Lakes.’

A quagga mussel 600 feet beneath the surface can filter the entire water column above it in just a few hours, Katsev told Grist.

That whole time, it’s eating, pooping and absorbing phosphorus, keeping it from settling into the sediment the way it’s supposed to.

Only Lake Superior has been immune so far, Ozersky said, because of the water’s lower temperature and lower calcium levels. 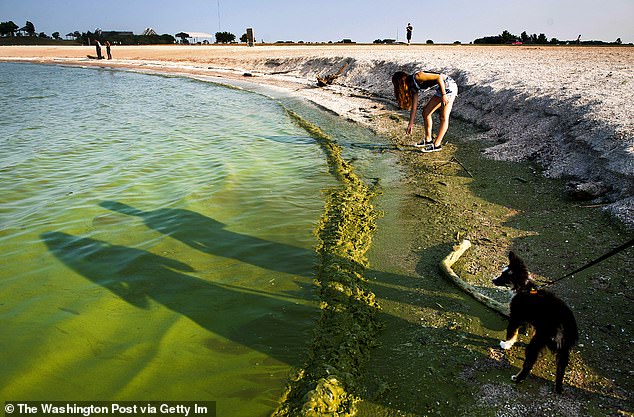 A quagga mussel 600 feet beneath the surface can filter the entire water column above it in just a few hours, according to the researchers. The mussels are why phosphorus levels in the lakes can seem disconnected from anti-pollution efforts.

According to the researchers, quagga mussels are why phosphorus levels in the lakes can seem disconnected from anti-pollution efforts.

If a mussel bed is thriving, the Grist reported, ‘they can suck up the entire annual load of phosphorus flowing down through the watershed, giving the impression that all is right in the world.’

But when they die off, there’s a surge in phosphorus, regardless of cleanup efforts.

Katsev said to protect marine life in the Great Lakes and the multi-million dollar industries that rely on them, when planning solutions, ‘the mussel population needs to be taken into account.’

are, Much, Mussels, ph, Pooping, So
You may also like: