The former Democratic Florida senator who flew on a space shuttle in 1986 reportedly also highlighted reports that CNSA would send astronauts on a trip near the moon and land there within the decade.

“In other words, they’re going to be landing humans on the moon. That should tell us something about our need to get off our duff and get our human landing system going vigorously,” he said.

In addition, the newly appointed head showed attendees a photo of the East Asian power player’s Zhurong Mars rover, which successfully landed on the red planet last week as part of the country’s Tianwen-1 mission. 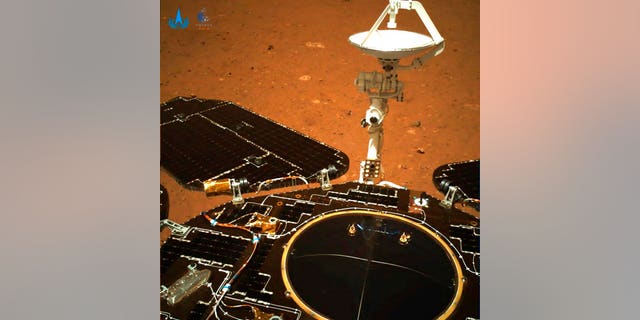 In this photo taken by China’s Zhurong Mars rover and made available by the China National Space Administration (CNSA) on Wednesday, May 19, 2021, the rover’s solar panels and antenna are deployed as the rover sits on its lander on the surface of Mars. (CNSA via AP)
(CNSA via AP)

“It is a very aggressive competitor,” Nelson later noted. “They’re going to be landing humans on the moon. That should tell us something about our need to get off our duff and get our Human Landing System program going vigorously.”

Notably, China and Russian space agency Roscosmos announced in March that they would partner to build a lunar research station, possibly on the moon’s surface.

The two countries did not set a timeline for the proposal.

In addition, Russia — a decades-long partner of NASA — said last month that the nation might withdraw from the International Space Station (ISS) as soon as 2025. 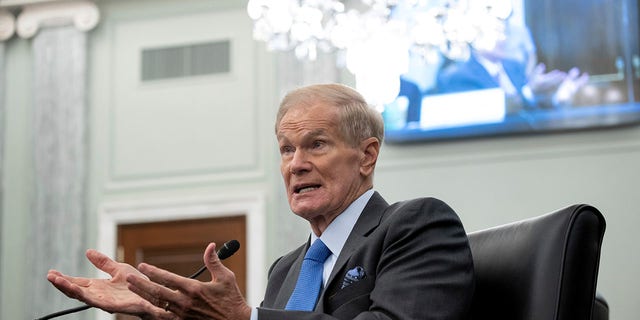 The New York Times reported on Tuesday that a new bill known as the Endless Frontier Act that would allocate $120 billion into scientific innovation had advanced past a procedural hurdle in the Senate – spurred by what the paper deemed to be a “sense of urgency in Congress to bolster the United States’ ability to compete with China.”

“NASA can’t do it alone. You all are our partners,” the administrator said, according to Space News. “We want a vigorous competition, but we’ve got to have the money in order to be able to do that.”

NASA has pledged to land the first woman and first person of color on the moon by 2024.