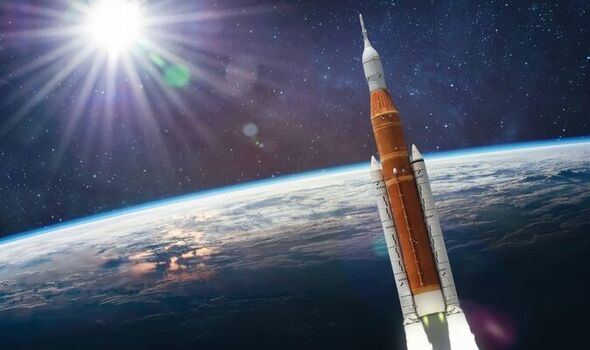 Nasa administrator Bill Nelson said: “You don’t want to light the candle until it is ready to go. It’s just part of the space business.” The space agency hopes to rearrange the launch for Friday. Mr Nelson said engineers will “work it, they’ll get to the bottom of it, they’ll get it fixed and then they’ll fly”.

He added: “We are stressing and testing this rocket and the spacecraft in a way that you’d never do with a human crew on board. That’s the purpose of a test flight.”

The launch from Cape Canaveral was to be the first mission in the Space Launch System using a 322ft rocket.

The maiden flight will be a demonstration with no one on board.

The rocket’s job will be to propel a test capsule called Orion which will loop around the Moon before returning home to a splashdown in the Pacific six weeks later. But more complex missions are planned that will eventually see people live on the lunar surface for weeks at a time.

The hope is humans will return to the Moon by 2025. It means too that a woman will achieve the feat for the first time.

The issue that halted yesterday’s lift-off, almost exactly 50 years since the last manned mission, was a liquid hydrogen line that failed to adequately cool one of the four engines.

The countdown, which started on Saturday, continued smoothly early yesterday as tens of thousands of spectators gathered to watch.

The threat of thunderstorms had already caused a 45-minute delay to the adding of 700,000 gallons of liquid hydrogen and oxygen into the rocket’s propellant tanks.

Engineers fixed a leak in a liquid hydrogen fuel line attached to the rocket but with 40 minutes to go, one of four hydrogen lines to cool the engines failed to fully open.

A special guest at the launch site was Sian

Cleaver, 32, from Chelmsford, Essex. She was just eight when she visited the Kennedy Space Centre during a holiday to Florida.

But she has returned as part of the Artemis programme as industrial manager for the Airbus-built European Service Module, which will power the Orion spacecraft.

She said: “Now I’m here working, not just on a tour bus at the visitor centre… I’m quite proud of that fact, that I’m back here doing something that I dreamed about as a child.”

And when Artemis finally takes off, it will carry an extra-special astronaut in the shape of Shaun the Sheep.

The cuddly toy will travel on Orion, with the coveted spot arranged by the European Space Agency, which provided the module to power the capsule.