Early on Monday, a robotic helicopter that NASA sent to Mars will try to rise a few feet in the air, hover and come back down. With that simple feat, it would become the first machine to fly through the wispy air of the red planet. NASA officials have been likening it to the Wright brothers flight in 1903 at Kitty Hawk, N.C. Never before has something like an airplane or a helicopter taken off on another world.

The Mars helicopter, named Ingenuity, traveled from Earth tucked under NASA’s Perseverance rover, which landed in February on the mission to search for signs of ancient life near a dried-up river delta. A couple of weeks ago, Perseverance dropped Ingenuity on a flat Martian plain ahead of the flight tests.

Ingenuity is small. Its main body is about the size of a softball with four spindly legs sticking out. On top are two sets of blades, each about four feet from tip to tip. They will spin in opposite directions at about 2,500 rotations per minute, the rapid speeds needed to generate enough lift for Ingenuity to get off the ground.

When will Ingenuity fly and how can I watch it?

At the Ingenuity site on Mars, which is within an ancient crater named Jezero, it will be the middle of the day, about 12:30 p.m. local Mars solar time. (The time zones on the red planet don’t have names, yet.)

For people on Earth, that translates to about 3:30 a.m. Eastern time on Monday. But no one on Earth will know for hours whether the flight has succeeded or failed, or if anything has happened at all. Neither Ingenuity nor Perseverance will be in contact with NASA at that time.

Instead, the two spacecraft will conduct the flight autonomously, executing commands that were sent to them on Sunday. Later, Perseverance will send data back to Earth via a spacecraft orbiting Mars.

NASA TV will begin broadcast from the control room at NASA’s Jet Propulsion Laboratory beginning at 6:15 a.m. Eastern time as the data starts arriving on Earth. You can watch it on NASA’s website.

Additional information will be provided at a news conference at 2 p.m. Eastern time on Monday. 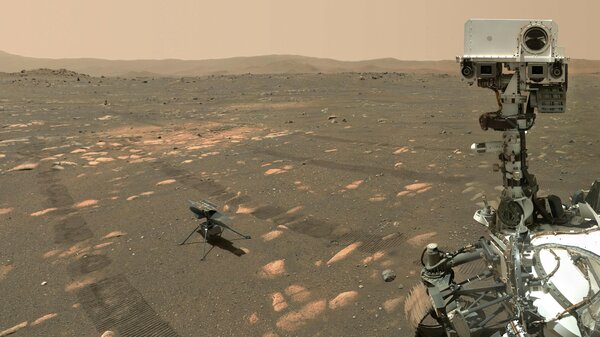 What will happen during the test flight?

The first flight is to be a modest up-and-down trip, rising up to an altitude of just 10 feet. There, it will hover for up to 30 seconds and then descend to a landing. Its onboard camera will record images, helping the navigation system maintain the helicopter’s level. On the ground more than 200 feet away, the Perseverance’s cameras will also record the flight.

If the test flight succeeds, up to four more could be attempted. The first three are designed to test basic abilities of the helicopter. The third flight could fly a distance 160 feet and then return.

The final two flights could travel farther, but NASA officials did not want to speculate how much.

NASA wants to wrap up the tests within 30 Martian days of when Ingenuity was dropped off, so that Perseverance can commence the main portion of its $2.7 billion mission. It will leave the helicopter behind and head toward a river delta along the rim of Jezero crater where sediments, and perhaps chemical hints of ancient life, are preserved.

Ingenuity was an $85 million nice-to-have, add-on project but not a core requirement for the success of Perseverance.

Why is flying a helicopter on Mars so difficult?

There is not much air to push against to generate lift.

At the surface of Mars, the atmosphere is just 1/100th as dense as Earth’s. The lesser gravity — one-third of what you feel here — helps with getting airborne. But taking off from the surface of Mars is comparable to flying at an altitude of 100,000 feet on Earth. No helicopter on our planet has flown that high, and it’s more than two times the typical flying altitude of jetliners. 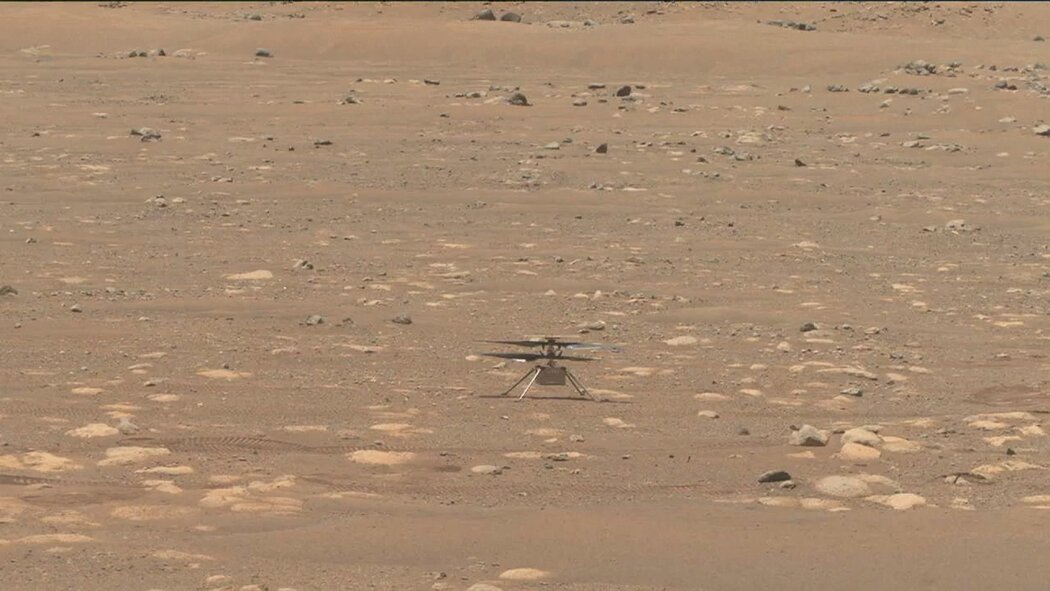 Why is NASA flying a helicopter on Mars?

Until 1997, all of the spacecraft sent to the surface of Mars had been stationary landers. But that year, the Pathfinder mission included something revolutionary for NASA: a wheeled robot. That rover, Sojourner, was roughly the size of a short filing cabinet, and planetary scientists quickly realized the benefits of being able to move around the Martian landscape. Four more NASA rovers, including Perseverance, have since followed to the red planet.

Ingenuity is in essence the aerial counterpart of Sojourner, a demonstration of a novel technology that may be used more extensively on later missions. And demonstrating that the helicopter can fly on Mars may help inform flight attempts on other worlds in our solar system, such as Titan, the moon of Saturn where NASA plans to send a nuclear-powered quadcopter.