NASA share the preparation ahead of Artemis I's moon launch

For the first time in over 50 years, NASA will send humans back to the Moon with the launch of its Artemis programme. The uncrewed Artemis 1 test flight, which will launch in August this year, will pave the way for the next man and first woman to walk on the Moon since the end of NASA’s Apollo era. At the heart of this Moon programme lies Orion, the partially reusable spacecraft that is being designed by US firm Lockheed Martin in collaboration with the European Space Agency (ESA) and manufactured by Airbus Defence and Space.

Speaking to Express.co.uk, James Carpenter, the Science & Research Coordinator at ESA highlighted the importance of the ESA in this NASA mission, saying: “ESA is a major partner with NASA and we’re working on the European Service Module with industrial partners like Airbus.”

“We’ve had these modules in our clean room now for 18 months and we integrate all of the equipment together to deliver it as a package to our friends in the US.

“They then build it together with other parts of the spacecraft and launch it on a rocket to the Moon.” 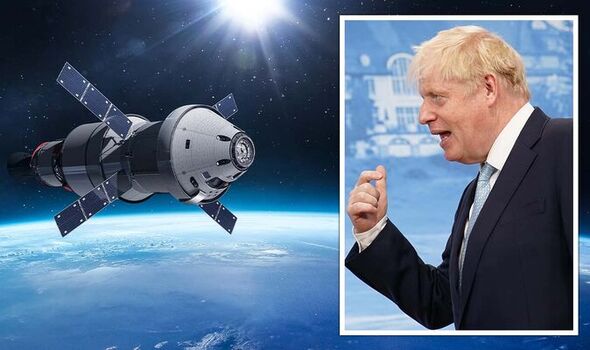 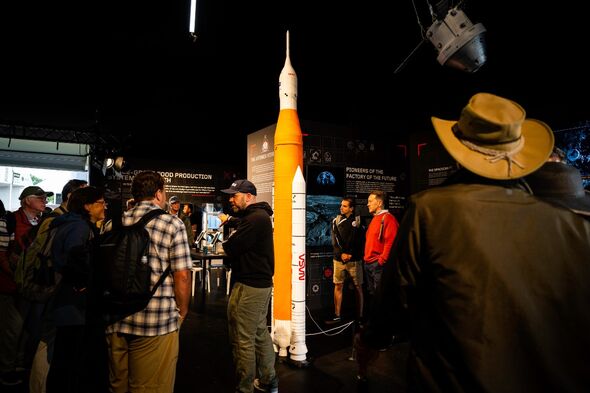 While at FutureLab’s Goodwood Festival of Speed, both space experts highlighted the importance of the UK and its collaboration as part of the European Space Agency.

Ms Cleaver noted: “I work in Germany because that is where the European Service Module is being built, but before that, I was in Stevenage.

“We have two big space sites in Stevenage and Portsmouth and we are doing really exciting stuff there.

“We are building Mars rovers, observation satellites, navigation technology – there is so much going on in the UK.” 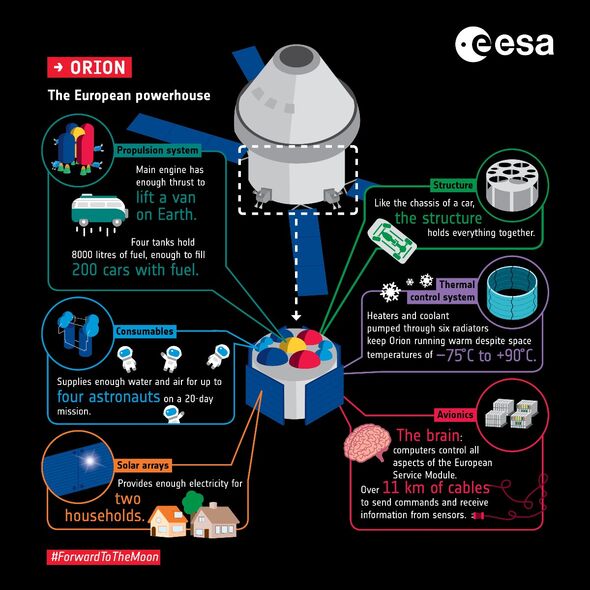 The European Service Module is ESA’s contribution to NASA’s Orion spacecraft that will send astronauts to the Moon and beyond.

It provides electricity, water, oxygen and nitrogen as well as keeping the spacecraft at the right temperature and on course.

Ms Cleaver added: “The European Service Module is probably the most important part of the whole mission.

“Once you get up into space you lose the rocket as it falls back to the Moon. What continues is the Orion spacecraft. 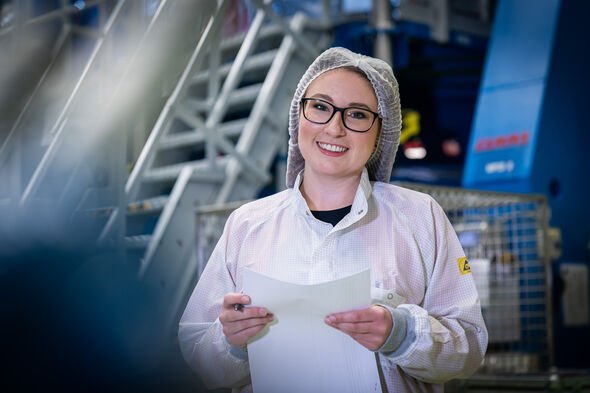 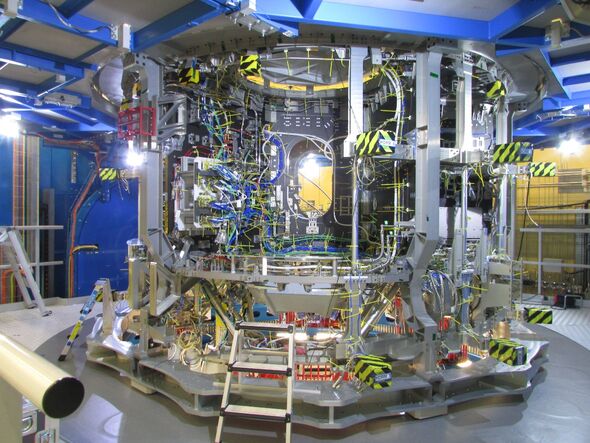 “It has water, it has the air and the power that they need. It also has the propulsion system to push Orion to the Moon.”

Mr Carpenter dismissed the idea that Brexit changed how much the UK remains involved in European space, saying: “The UK is a very important part of what we are doing.

“The UK’s involvement in ESA has not changed as a result of Brexit.

“For us, it has not impacted what we do.”