NASA’s Ingenuity helicopter has survived its riskiest maneuver yet: landing in a new spot on Mars.

Since April 19, Ingenuity has completed four increasingly daring flights. But its fifth aerial adventure marked a new milestone. Instead of turning and retracing its path back to its liftoff spot, Ingenuity instead soared to a record height, then touched down in a new patch of red dust. Its successful migration marks the beginning of a new mission for the helicopter, in a new location.

From now on, Ingenuity isn’t just a technology demonstration. Rather, it has moved on to start testing space-helicopter operations for NASA — activities like scouting and mapping terrain, studying objects on the Martian surface, and flying to areas a rover can’t reach.

“The ability to fly the helicopter out into terrain that the rover cannot possibly traverse and bring back scientific data — this is extremely important for future missions that could combine a rover with a reconnaissance helicopter,” Ken Farley, a project scientist with NASA’s Perseverance rover, said in a briefing last week. 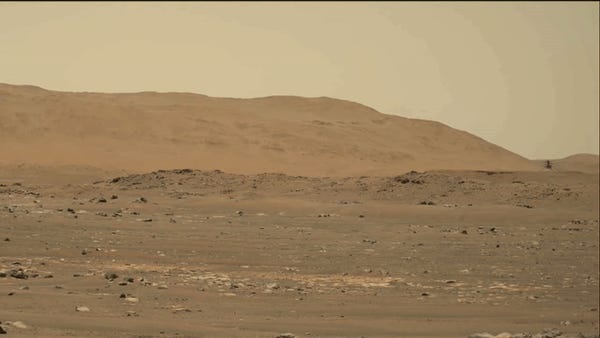 NASA hasn’t yet released details from Friday’s flight. But if it went according to plan, Ingenuity should have spun its rotor blades to lift itself 16 feet above the ground at 3:26 p.m. ET. Then it was expected to tilt slightly to push itself 423 feet south, buzzing past rocks, sand ripples, and small craters. This would all be familiar territory now, since Ingenuity mapped this terrain as it flew past last week.

This time, however, Ingenuity didn’t turn back. 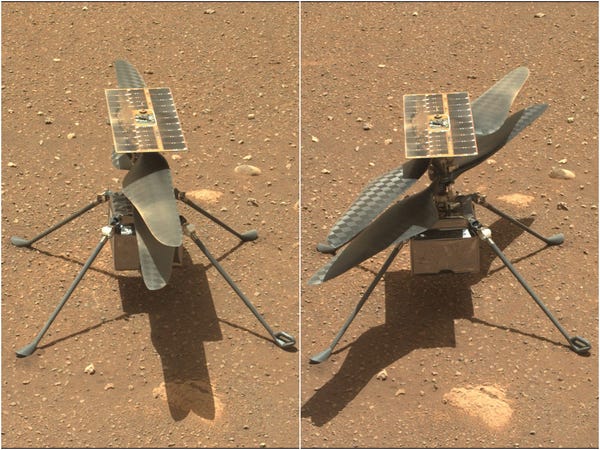 At the end of its flight path, it should have paused then risen 33 feet in the air — an altitude that NASA engineers previously thought impossible for the little drone. After that, Ingenuity was programmed to gently lower itself to land in an entirely new area of Mars’ Jezero Crater.

This was the rotorcraft’s first one-way flight.

A few more flights to push Ingenuity to its limits 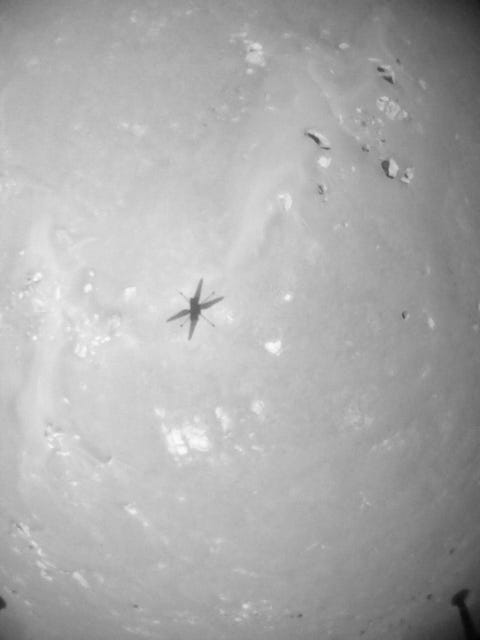 NASA engineers previously planned for Ingenuity’s fifth flight to be its last. MiMi Aung, the Ingenuity project manager, expected the helicopter to crash.

But it has exceeded expectations so much that the NASA team decided to push Ingenuity even further. After its fourth flight last week, engineers used the data the helicopter cameras collected to build a 3D map of the terrain it covered. That allowed them to pick a new landing spot that was relatively flat and boulder-free.

NASA has given the Ingenuity team another 30 days to conduct one or two more experimental flights. But the drone could keep flying even longer — as long as it’s still alive and doesn’t interfere with the science work of the Perseverance rover, which carried the helicopter to Mars.

“In doing these operational scenarios, we will naturally be pushing the limits of Ingenuity,” Aung said in last week’s briefing. “We hope we will be flying over unsurveyed terrains and, over time, continuing to transfer to airfields that are not well characterized. So there is a higher probability of bad landing.”

Aung has said repeatedly, though, that a bad landing would end Ingenuity’s flights.

With Ingenuity settled in its new airfield, Perseverance is moving on to its main mission on the red planet: hunting for fossils of ancient alien microbes. It aims to take dozens of rock samples and store them so that a future spacecraft could bring Martian dust back to Earth. Those would be the first samples humanity has ever brought home from the red planet.