New Horizons may be the only NASA spacecraft to have a song penned by Queen’s Brian May in its honour. But the spacecraft has just added another notch to its belt of achievements by crossing an imaginary border beyond the farthest depths of the solar system. On Saturday afternoon, April 17, NASA confirmed the probe reached a “rare deep-space milepost” of 50 au.

To put the distance into perspective, a single au marks the average distance from our planet to the Sun – about 93 million miles (149.6 million km).

New Horizons is so far away from humanity now its distance is measured in the billions of miles, and not millions.

To be precise, the spacecraft is estimated to be more than five billion miles (7.5 billion km) from the Sun. 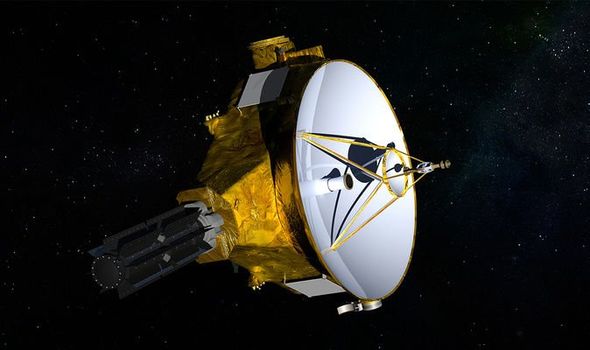 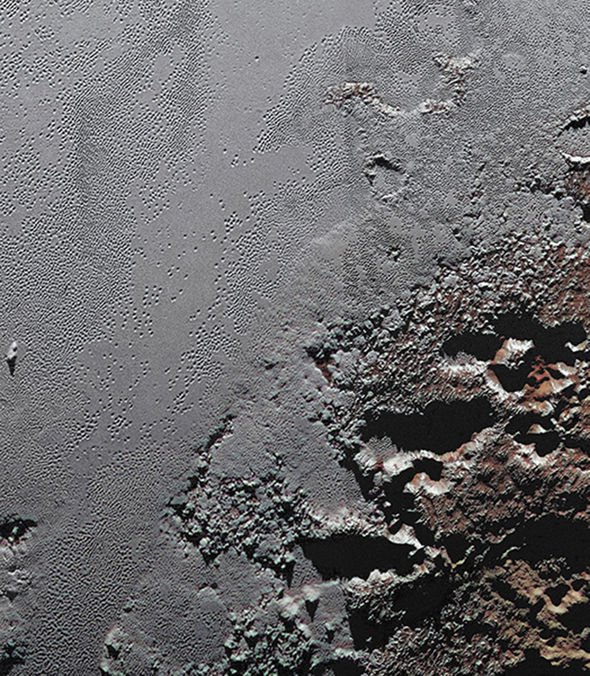 “One thing that makes this distance tangible is how long it takes for us on Earth to confirm that the spacecraft received our instructions.

“This went from almost instantaneous to now being in the order of 14 hours. It makes the extreme distance real.”

But New Horizons is not the first NASA probe to reach this mind-boggling distance.

But this should not take away from the list of accomplishments New Horizons has ratcheted up.

New Horizons was the first spacecraft to explore the dwarf planet Pluto and its moons up close.

It was also the first spacecraft to explore a second Kuiper Belt Object up close – Arrokoth 2014 MU69.

The latter has been previously known as Ultima Thule and was at the heart of New Horizons’ mission after being discovered in 2014.

Astrophysicist rockstar Brian May penned the song New Horizons to celebrate the mission which explored the farthest object ever reached by humanity.

The song was the guitarist’s first solo single in 20 years and was released on New Year’s Day two years ago.

Mr May said at the time: “This project has energised me in a new way. For me, it’s been an exciting challenge to bring two sides of my life together – astronomy and music. 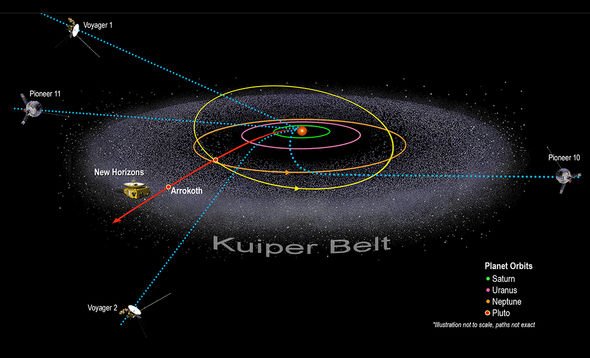 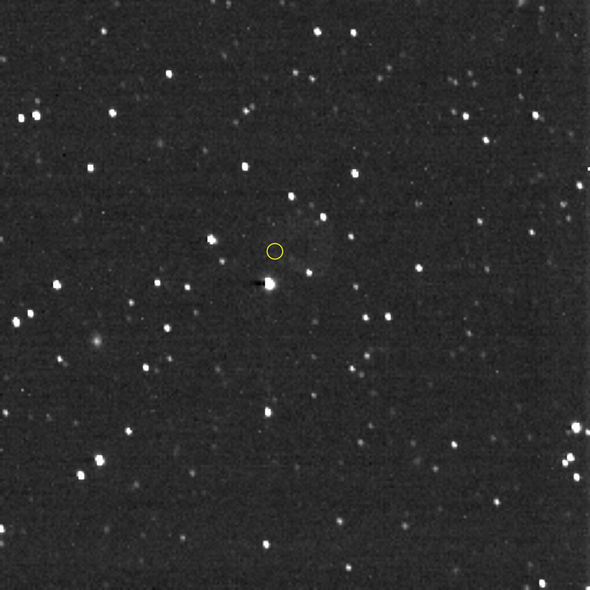 “It was Alan Stern, the Project Instigator of this amazing NASA mission, who threw down the glove last May.

“He asked if I could come up with a theme for Ultima Thule which could be played as the NH probe reached this new destination.

“I was inspired by the idea that this is the furthest that the hand of man has ever reached – it will be by far the most distant object we have ever seen at close quarters, through the images which the spacecraft will beam back to Earth.”

To mark New Horizons’ new milestone, the spacecraft photographed a section of space where the Voyager 1 is soaring.

The spacecraft is too faint to be seen in the photo, but NASA’s tracking instruments know exactly where it should be in the image.

Alan Stern, New Horizons principal investigator from the Southwest Research Institute in Boulder, Colorado, said: “Looking back at the flight of New Horizons from Earth to 50 AU almost seems in some way like a dream.

“Flying a spacecraft across our entire solar system to explore Pluto and the Kuiper Belt had never been done before New Horizons.

“Most of us on the team have been a part of this mission since it was just an idea, and during that time our kids have grown up, and our parents, and we ourselves, have grown older.

“But most importantly, we made many scientific discoveries, inspired countless STEM careers, and even made a little history.”