NASA’s freshly landed Perseverance rover has beamed back its first images from the surface of Mars.

The SUV-sized robot plunged through the Martian atmosphere at supersonic speeds on Thursday, tucked inside a protective capsule. A parachute slowed its fall, then a jetpack navigated the rover to a safe landing spot and lowered it on 25-foot nylon cords until Perseverance’s wheels touched the ground.

Mission controllers at NASA’s Jet Propulsion Laboratory in Pasadena, California received the signal that the rover had reached the ground alive at 3:55 p.m. ET. Mission control burst into cheers and applause, then did it again just minutes later when it received the rover’s first photo (above).

A second photo quickly followed (below), captured by the rover’s back-facing cameras. 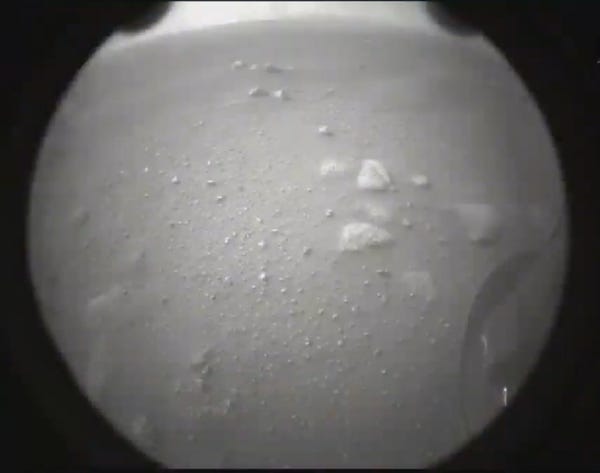 “We took these the second after landing. There’s still dust in the air from our landing event,” Rob Manning, chief engineer at NASA’s Jet Propulsion Laboratory, said during a live broadcast. “This is what NASA does. This is what we can do as a country.”

The images show the dusty basin of Jezero Crater: an ancient lake bed that may have hosted microbial life 3.5 billion years ago, when it was filled with water. Perseverance is now poised to spend its next Martian year (two Earth years) exploring the river delta that fed the crater and looking for signs of ancient alien life. 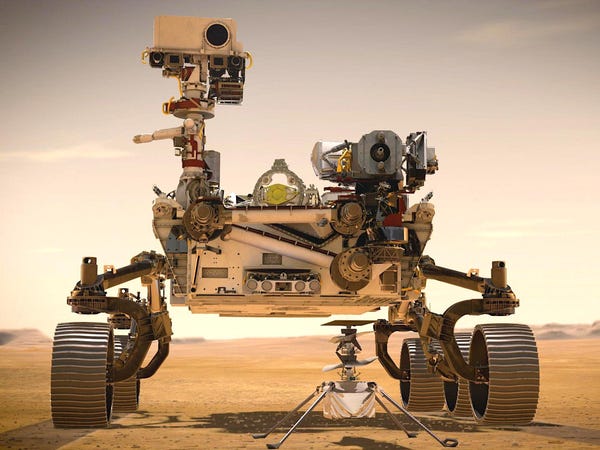 This is perhaps the best place to look for remnants of Martian life, since the river that once fed Lake Jezero would have dumped mud and clay deposits that could trap microbe communities, pressing their imprints into the mud.

Perseverance carries 43 sample tubes so that it can stash bits of rock and soil, including potential alien fossils. NASA plans to send another mission to retrieve those samples and bring them back to Earth in the 2030s.

Jezero Crater is the most dangerous landing site that any Mars mission has ever targeted. Boulder fields surround the landing site, sand dunes border it to the southwest, and 200-foot cliffs cut straight through the middle. But Perseverance’s sophisticated landing computers surveyed all of those hazards as it plummeted toward Mars and steered the rover to a patch of flat land. 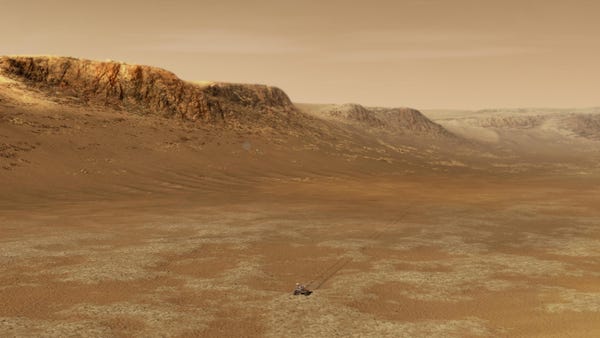 As early as this weekend, NASA could get images and video clips of Perseverance’s actual descent to Mars. The rover is decked out with cameras and a microphone that should have recorded the entire trip down — the parachute deployment, the ground rushing up to meet the rover, the jetpack navigating it to safety. This would be the first footage ever captured of a Mars landing.

For now, the rover will continue to upload such data, beaming it = to Earth via spacecraft that have been orbiting Mars for years. Then in its first weeks on the red planet’s surface, Perseverance will perform system checks to make sure everything is in working order. After that, the rover will open its belly panels to release the first interplanetary helicopter, which is set to conduct a series of test flights, demonstrating a potential new method of space exploration.

Both Perseverance and the helicopter, called Ingenuity, are expected to record those flights. The drone and the rover will watch each other from the ground and the air.

Once Ingenuity has finished flying, Perseverance will set out on its long journey through Jezero Crater. There will surely be many more pictures to come.