Nebraskan man finds rare two-headed snake — a one in 100,000 mutation

The unusual reptile was found in the city of Clay Center by Joshua Marshall, 45, who said: “I was clearing brush in a fire pit area. I went to move a log and it was underneath. My first reaction was that I thought it was two snakes. Then, when it couldn’t decide which way to go, I realised it was one snake with two heads. The snake looked perfectly normal beyond the two heads. I have no idea how the mutation occurred.”

Mr Marshall collected the serpent — which was a species of garter snake, native to the area — and placed it in a jar in order to show it to an expert.

The herpetologist in question, one Professor Dennis Ferraro of the University of Nebraska–Lincoln, emphasised how rare the two-headed mutant was.

The rare creature was lucky to have survived in the wild, he said. 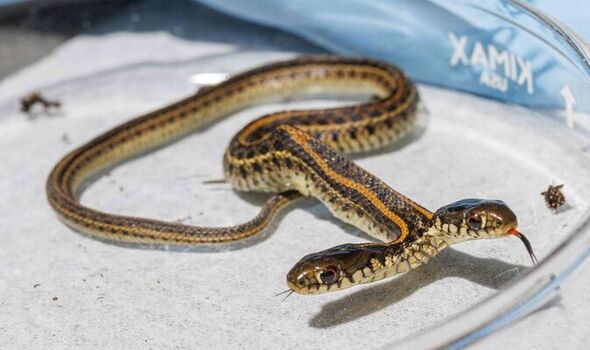 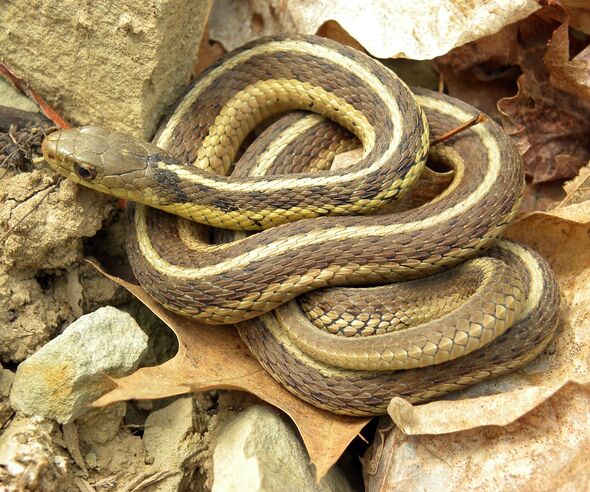 The second head, Prof. Ferraro said, is “usually caused by a genetic mutation or a miscode during embryonic development”.

“In this case, it appears it possibly began as a split egg — twins — that stopped splitting half way,” he said.

“Unless one head quickly becomes dominant and the other head just tags along it will likely die because it will not be able to hunt for or avoid predators.”

It is believed that the snake found by Mr Marshall was likely just seven to 10 days old. 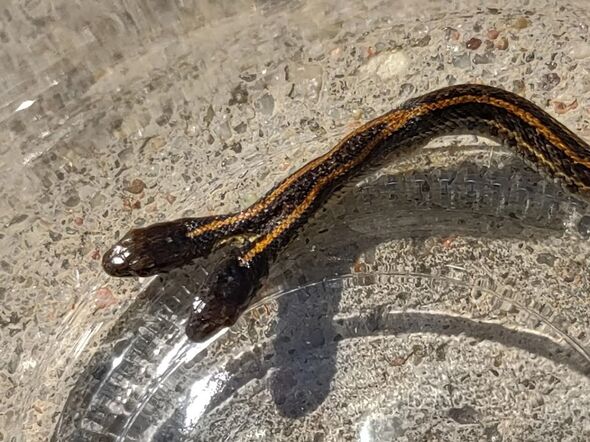 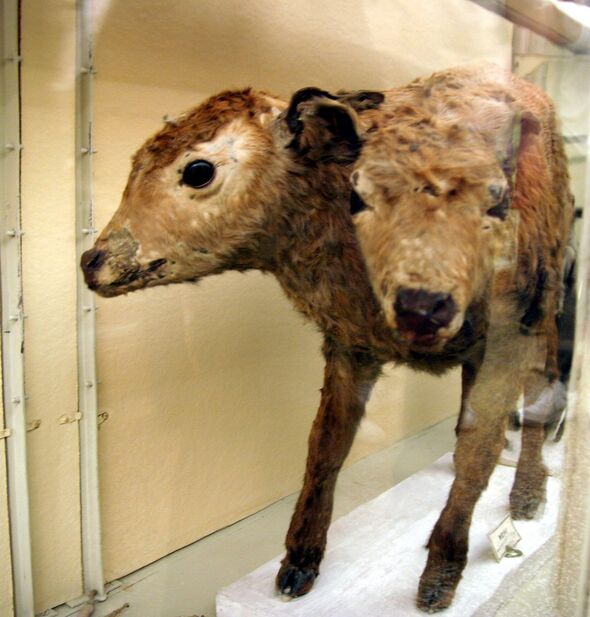 What made Mr Marshall’s discovery particularly special even among two-headed snakes is that the split between the heads was relatively far back.

Scientists refer to the condition of having more than one head as polycephaly.

The condition has also been seen among humans. 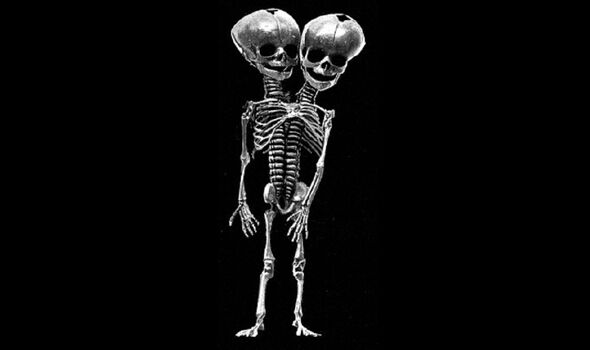 Encountering such a mutant snake was a once-in-a-lifetime experience — even for a seasoned outdoorsman like Mr Marshall.

He said: “Look back at it, it was very neat.

“I do a lot of things in the outdoors and seeing something different and out of the ordinary is really neat.”

He concluded: “With the amount of attention it has gotten, I’d say there’s a lot of people that feel the same way!”