Brian Cox addresses 'why we exist' on This Morning

In physics, there are four fundamental forces known to exist – these include gravity, electromagnetism, the strong force and the weak force, and they govern how all the objects and particles in the universe interact with each other. Now possible signs of a fifth fundamental force of nature have been found during an experiment carried out near Chicago. The UK’s Science and Technology Facilities Council (STFC) said the result “provides strong evidence for the existence of an undiscovered sub-atomic particle or new force”.

If proven, it could shake the foundations of science.

Physicists have traced three of the four forces of nature to their origins in quantum particles, but the fourth fundamental force – gravity – is different.

The current framework, devised over a century ago by Albert Einstein, shows that planets orbit stars because they move along curves in spacetime – and gravity is a feature of this medium.

But near the centre of a black hole, this theory appears to break down. 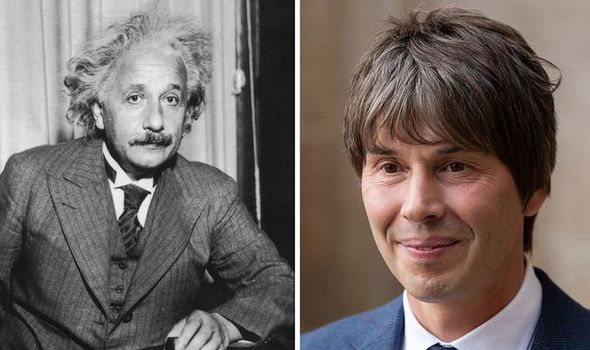 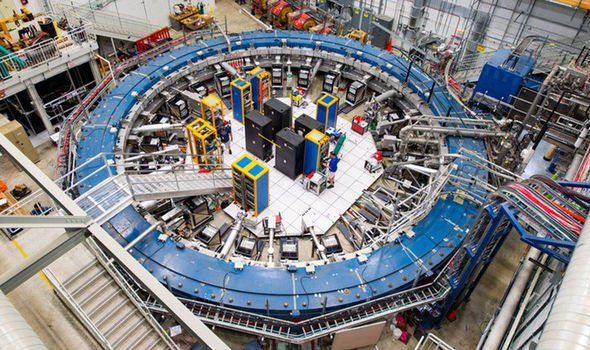 “In the last couple of years, we’ve entered a new age of astronomy where we can watch black holes behave.

“To describe them properly, and to describe the collisions, you start to need to get a better version of Einstein’s theory.

“I don’t think we know when the Milky Way and Andromeda collide, whether the black holes will merge, but we certainly know there’s an interaction between the galaxies.

“My guess is they probably will eventually, it may be that they will inevitably merge in trillions of years, but we do know what happens when black holes collide because we’ve observed it.” 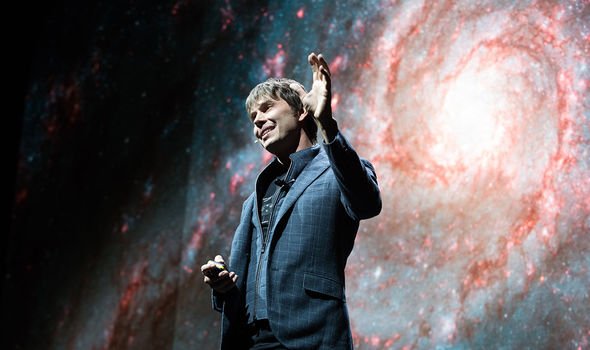 Prof Cox went on to explain why Hawking’s Radiation, predicted to be released by black holes due to quantum effects, could be key to developing Einstein’s theory.

He added: “Our latest detectors, so-called gravitational wave detectors, which detect, unbelievably, ripples in the fabric of the universe, ripples in space and time from the collisions of objects like black holes.

“We’ve seen several occurrences in the universe where black holes have collided with each other and merged.

“So what we know is they lose some energy when they collide, the prediction of how they collide and how they merge and what you get afterwards is in absolute accord with Einstein’s theory of general relativity.

“Stephen Hawking is probably most famous for something called Hawking Radiation, which is the idea that black holes have a temperature and radiate because of this. 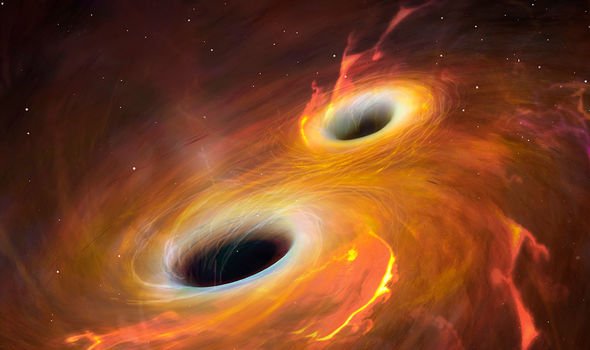 “They can radiate energy and particles back out into space again.”

But Prof Cox claimed scientists need to find a way to marry up the two legendary models into one new theory.

He continued in 2019: “That’s merging the laws of quantum mechanics with the laws of how atoms and molecules behave with Einstein’s theory of gravity.

“That’s probably the biggest challenge in theoretical physics, to merge those two theories together.

“No one has been able to do it yet, but the first steps were taken by thinking about black holes.

“That really links into describing the origin of the universe, the Big Bang, or what happened before the Big Bang. 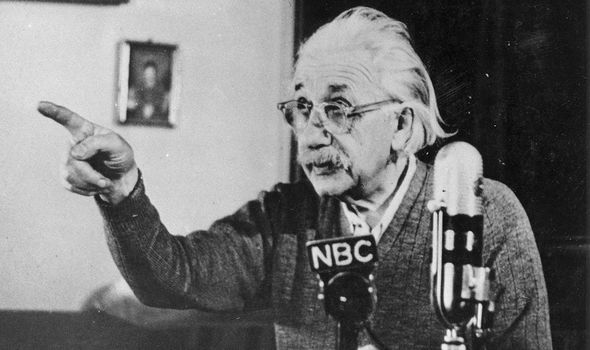 “Ultimately, we need a better theory than Einstein’s and black holes are probably the testing ground at the moment for such a theory.”

Geraint Lewis, a professor of astrophysics at the University of Sydney, said the new discovery could explain discrepancies in the way the four previously known forces interact.

He stated: “What we have at the moment is what’s known as the standard model of particle physics, and this is a mathematical description of the way the universe works.”

Prof Lewis added: “But what we also know is that those forces don’t play well with gravity.

“Gravity is described by a completely different set of mathematics and people have tried for almost 100 years to make these forces work together.

“The story goes that Einstein on his deathbed was still working on uniting gravity and electromagnetism.”