Experts from Australia’s Flinders University demonstrated the effectiveness of the test on a total of 413,844 individuals with and without glaucoma.

The leading global cause of blindness, glaucoma originates when pressure in the eye builds up, leading to damage to the optic nerve and the nerve fibres in the retina.

According to the NHS, some 500,000 people have been diagnosed with glaucoma in England and Wales alone — but this likely does not reflect its true prevalence.

Once the condition has been identified in a patient, however, there are several treatments which can help to slow or prevent resulting vision loss. 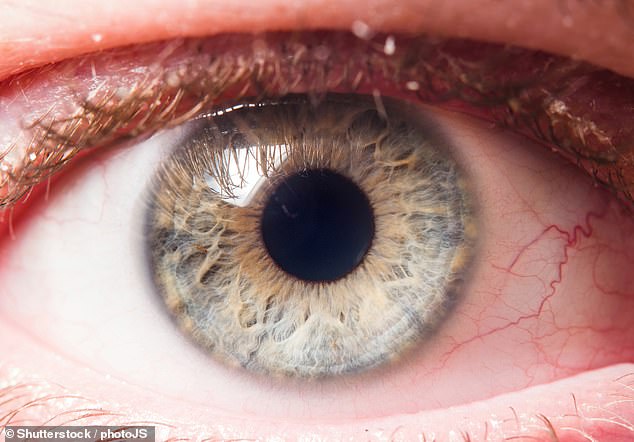 ‘Genetic information can potentially give us an edge in making early diagnoses, and better treatment decisions,’ he added.

‘Genetic testing is not currently a routine part of glaucoma diagnosis and care, but this test has the potential to change that,’ agreed paper co-author and  consulting ophthalmologist Jamie Craig, also of Flinders.

‘We’re now in a strong position to start testing this in clinical trials.’

In their study, the researchers conducted a benchmark evaluation of the performance of their genetic testing method.

This involved the testing of 2,507 Australian individuals with glaucoma, followed by 411,337 people both with and without glaucoma in the UK.

They found that the new test performs 15 times better than existing alternatives. 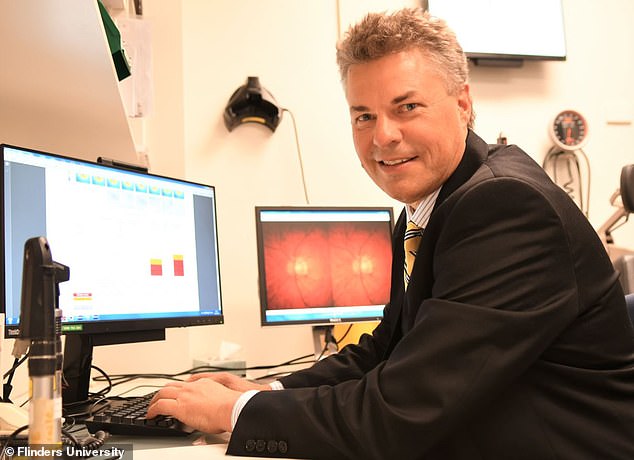 ‘Genetic testing is not currently a routine part of glaucoma diagnosis and care, but this test has the potential to change that,’ said consulting ophthalmologist Jamie Craig (pictured) of Flinders University. ‘We’re now in a strong position to start testing this in clinical trials’

Alongside working on blood, the new genetic test can also be applied to saliva samples, the team noted.

With their initial study complete, the researchers are now looking to launch a spin-out company next year which will work to develop an accredited test for use in clinical trials.

The full findings of the study were published in the journal JAMA Ophthalmology.

Glaucoma is a condition which can affect sight, usually due to build up of pressure within the eye.

It often affects both eyes, usually to varying degrees. One eye may develop glaucoma quicker than the other.

The eyeball contains a fluid called aqueous humour which is constantly produced by the eye, with any excess drained though tubes.

Glaucoma develops when the fluid cannot drain properly and pressure builds up, known as the intraocular pressure.

This can damage the optic nerve (which connects the eye to the brain) and the nerve fibres from the retina (the light-sensitive nerve tissue that lines the back of the eye).

In England and Wales, it’s estimated more than 500,000 people have glaucoma but many more people may not know they have the condition. There are 60 million sufferers across the world.

Glaucoma can be treated with eye drops, laser treatment or surgery. But early diagnosis is important because any damage to the eyes cannot be reversed. Treatment aims to control the condition and minimise future damage.

If left untreated, glaucoma can cause visual impairment. But if it’s diagnosed and treated early enough, further damage to vision can be prevented.