‘Once-in-a-generation’ green comet will make its closest approach to the sun this weekend – and could be visible in the night sky later this month, NASA reveals

Eagle-eyed stargazers will get the opportunity to see a once-in-a-generation green comet in the coming weeks.

The iceball will make its closest approach to the sun on January 12, according to NASA.

Between the end of this month and the start of February, C/2022 E3 (ZTF) will then whizz by our planet, lighting up the night sky for the first time in 50,000 years. 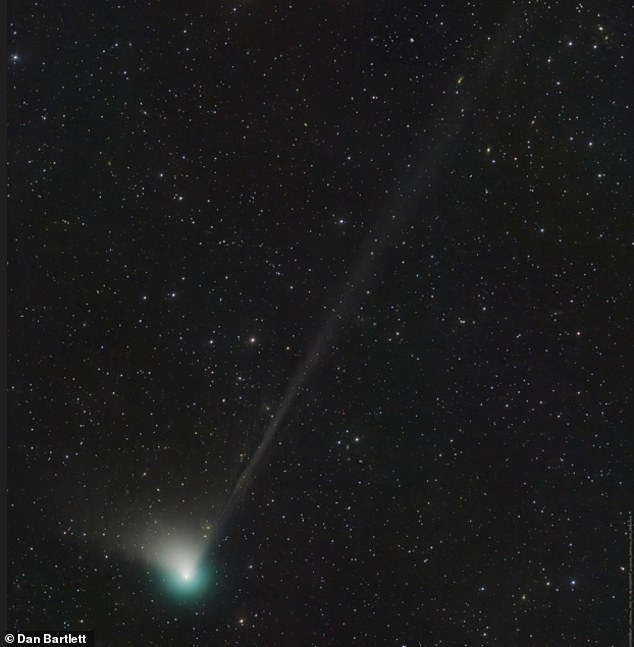 Look up this month! C/2022 E3 (ZTF), which was discovered in March last year while inside Jupiter’s orbit, will make its closest approach to the sun on January 12 and Earth on February 2

Closest approach to the sun: January 12

Spotted by: The Zwicky Transient Facility in California

Will it be visible to the naked eye? Possibly

Where to look: In the morning sky, to the northeast

Stargazers will be able to tell the difference between the comet and surrounding stars as it will have a streaking trail of dust following it.

A glowing green coma, in other words a cloud of gas, will be clinging around it.

This gas is formed as the comet passes close to the sun, causing its ice to change state.

Comets are known for being unpredictable, but the brightness of C/2022 E3 according to its current trend should make it easy to spot with binoculars or a telescope.

Those without specialist equipment, however, should not worry as it may even be visible to the naked eye if the skies are dark enough later on this month.

However, Byrce Bolin, who discovered the comet last year, ‘secretly hope[s] it will disintegrate’ as ‘that’s where the more interesting science is’.

He told the Boston Globe: ‘Comets are the cats of the solar system; they do whatever they want.

‘Like cats they have fluffiness. Comets have been observed to have peculiar behaviors, like fragmenting or disintegrating.

‘But there is not really a strong correlation between the distance to the sun and the kind of disintegration events that occur. It could break apart on its way in before it ever comes close to the sun, or even after.’

The NASA postdoctoral program fellow said that he and Caltech senior staff scientist Frank Masci were at the California Institute of Technology’s Palomar Observatory when artificial intelligence flagged the comet was unknown.

If the unaided eye can spot this newly discovered comet, it will be the first time since NEOWISE soared by Earth in 2020, although it won’t be anywhere near as spectacular. 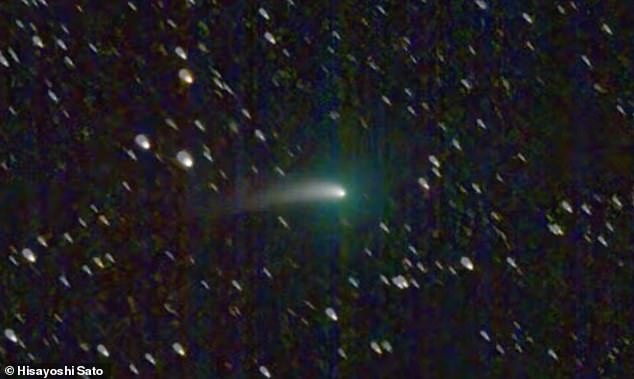 Comets are notoriously unpredictable, but if this one continues its current trend in brightness it should be easy to spot with binoculars or a telescope 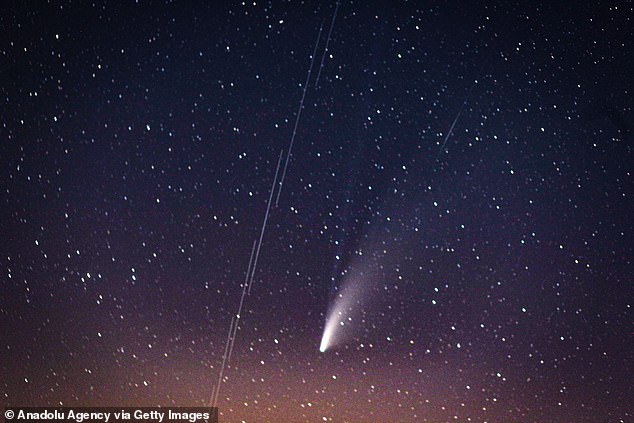 The fireball could be seen as it came as close to 64 million miles (103 million kilometres) away from Earth.

Neither C/2022 E3 or NEOWISE, however, will be as bright as the 1997 Hale-Bopp comet that outshone the Moon in the night sky.

Astronomers don’t expect Comet C/2022 E3 to visit Earth again for at least another 50,000 years, having last been visible during the Ice Age.

This puts the comet’s last sighting at the time of Neanderthals and around the Paleolithic Age.

The reason the comet takes such a long time to pass by the Earth is because it has an orbit around the sun that passes through the outer reaches of the solar system, according to the Planetary Society. 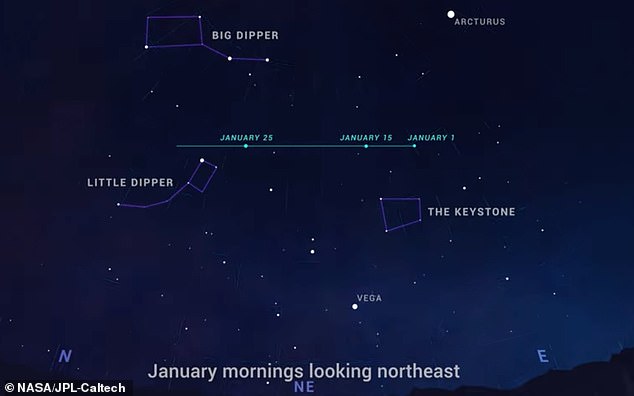 Observers in the Northern Hemisphere will find the comet in the morning sky, as it moves swiftly from the northeast to northwest and passes between the Little and Big Dippers during January

In terms of passing our planet, it won’t be in any way close. In fact, the nearest it will come to Earth is 26.4 million miles (42.5 million kilometres) on February 2.

Observers in the Northern Hemisphere will find the comet in the morning sky, as it moves swiftly from the northeast to northwest and passes between the Little and Big Dippers during January.

Preston Dyches from NASA’s Jet Propulsion Laboratory, said in a video shared by the US space agency: ‘This comet isn’t expected to be quite the spectacle that Comet NEOWISE was back in 2020.

‘But it’s still an awesome opportunity to make a personal connection with an icy visitor from the distant outer solar system.’ 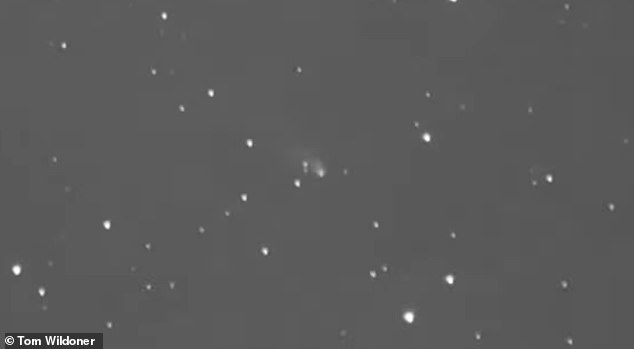 In March 2022, astronomers discovered the new space rock using the wide-field survey camera at the Zwicky Transient Facility in California. It is pictured here in the centre of this image

Stargazers in the Southern Hemisphere will have to wait a little longer to catch a glimpse, however, as Comet C/2022 E3 won’t be visible for them until early February.

The new space rock was discovered in March 2022 after scientists used the wide-field survey camera at the Zwicky Transient Facility in California.

Since then, the new long-period comet has brightened substantially, sweeping across the northern constellation Corona Borealis in predawn skies.

In December, scientists managed to get the first detailed photograph of the new comet, revealing its brighter greenish coma and yellowy dust tail.

Comets are made of ice, gas and rock – often described as giant space icebergs – that tend to originate in the outer solar system and move in on a long orbit. 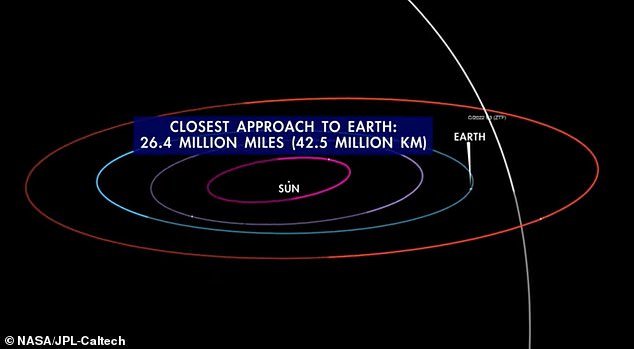 The comet reaches the sun this month, before looping around and making its closest approach to Earth

The other major type of space rock, called asteroids, tend to be made of metal or rock and can come from anywhere in the solar system — including a large grouping of asteroids situated between Mars and Jupiter.

Comet ATLAS may be a remnant of a mysterious fireball that swept within 23 million miles of the sun 5,000 years ago, study finds