Follow
Home » Science » One chart shows how COVID-19 vaccines stack up against 4 worrisome variants, including the one found in India

One chart shows how COVID-19 vaccines stack up against 4 worrisome variants, including the one found in India

Sixteen months into the pandemic, half of all US adults have been vaccinated, and the number of new daily coronavirus cases has fallen below 30,000 for the first time since June.

But infections involving worrisome coronavirus variants continue to pop up. Some of these mutated strains are more transmissible than earlier versions of the virus, while others can partially evade antibodies developed in response to prior infections. So concerns linger about how well the authorized COVID-19 vaccines work against these variants.

Earlier this year, lab studies exposed blood samples from vaccinated people to the variants first found in South Africa and Brazil. The results showed that the samples generated fewer protective antibodies that could neutralize those variants than they did when exposed to the original virus.

But as more people get vaccinated, real-world data has started to trickle in from areas where these pernicious variants dominate. This offers a better look at how well leading shots work at preventing symptomatic infections. And the results are promising: none of the variants that the Centers for Disease Control and Prevention and World Health Organization are monitoring can fully evade vaccines. Plus, reduced antibody responses haven’t necessarily translated into poorer protection against infection.

The COVID-19 vaccines even seem to work against a group of variants discovered in India this winter, called B.1.617, which likely contributed to the country’s coronavirus surge. Data from the UK government, obtained by the Financial Times, suggest that two doses of the Pfizer or AstraZeneca vaccines offer a high degree of protection against B.1.617.

The chart below summarizes what we know so far about how well five vaccines work to protect people from four of the most worrisome coronavirus variants.

Countless versions of the coronavirus circulate worldwide, each separated by a small number of genetic mutations. Once a slew of mutations makes a particular strain better at infecting people, deadlier, or more able to evade the antibodies generated from a vaccine or previous infection, geneticists label it a variant of concern.

There are four of these, according to the WHO: B.1.1.7, the variant initially found in the UK in September; P.1, which was discovered in December; B.1.351, which was detected in samples from South Africa dating back to October; and B.1.617, a group of strains first spotted in India this winter.

The first three share a mutation that affects the shape of the virus’ spike protein, which it uses to invade cells. That may be why these variants are more transmissible.

Studies have found that the B.1.1.7 variant is 50% to 70% more contagious than its viral predecessors. Recent evidence also suggests that people infected with this variant face a higher risk of death than those who get other strains. One potential reason is that people infected with B.1.1.7 tend to have higher viral loads, meaning they produce more viral particles when they’re infected.

The same goes for the P.1 variant, which is 40% to 120% more transmissible than earlier versions of the virus and possibly deadlier, though more research is needed to confirm that. An April study found that people who got COVID-19 in Manaus, Brazil were nearly twice as likely to die after P.1 came to dominate the viral landscape in Brazil. But it’s unclear whether that higher mortality rate is linked to the variant or the overburdened hospital system in Manaus. P.1 has been detected in 51 countries.

The B.1.351 variant, meanwhile, is estimated to be 50% more transmissible and has been found in 92 countries. But studies have not found it to be more lethal than the original virus.

The variant first found in India, B.1.617, is in fact four distinct strains, according to the CDC. The quickest spreader of the lot is B.1.617.2, which has spread to 50 countries and is now the dominant form of the virus in the UK. That strain has a combination of mutations that help it bind more tightly to cells and enable it to partially evade antibodies developed in response to an infection with the original coronavirus. There’s no evidence these variants are deadlier, but the WHO has said B.1.617 could be more transmissible.

Vaccines hold up well against variants 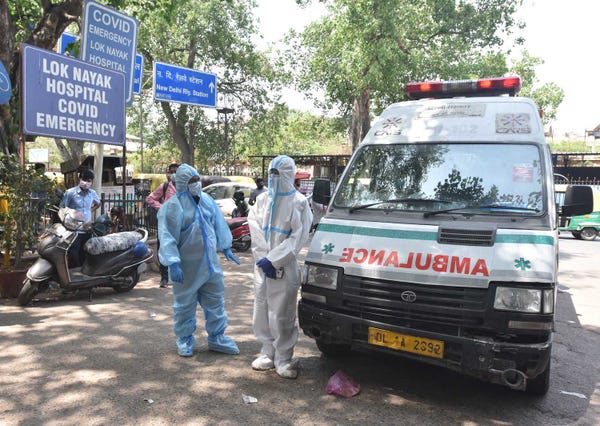 The leading shots may still be slightly less effective against variants than against the original virus, but so far, it seems like they still protect people.

“There’s a degree of reduction of efficacy, but it’s going to be manageable,” John Moore, an immunologist at Weill Cornell Medical College, told STAT. “It’s why we call these ‘variants of concern,’ and not ‘variants of mass panic.'”

Some shots seem to perform better than others, though — particularly against against the B.1.351 and P.1 strains. A recent study from Qatar found that the Pfizer vaccine is 75% effective at stopping B.1.351 infections in the real world, while the AstraZeneca shot’s effectiveness dropped to 10% in some South Africa trials. China’s Sinovac vaccine, meanwhile, was found to be about 50% effective at stopping symptomatic COVID-19 in Brazil, where three-quarters of the infections were due to the P.1 variant.