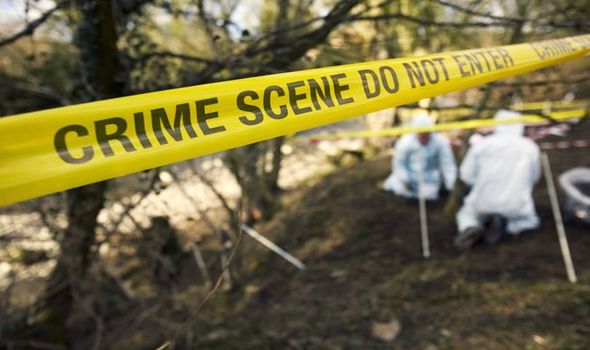 A crime scene cleaning company, Spaulding Decon, has gone viral on TikTok with their grim clean-up videos which are not for the faint hearted. The company has been known to visit the scenes of homicides, drug labs and homes where a body has decomposed after being dead for a long period of time.

The company has been uploading their gory videos using the handle @crimescenecleaning since the summer of last year and has amassed more than four million followers and 32 million likes.

One of their most viewed videos sees the team going to clean up the home of a man who had been dead for over a month and his decomposed body started to “melt through the floor”.

The team said the man was only found because the woman and her children in the apartment underneath saw maggots coming through the ceiling and the smell was making them sick.

Here is part 4 of the ##unattendeddeath in Cape Coral, FL. ##biohazard ##capecoral

When visiting the crime scene, the team says it smells like “hot garbage with rotten eggs boiling in the sun, and like, ten dead possums”.

Many other videos are commentary and hack videos with one explaining how to get blood out of fabrics and carpets- three percent hydroperoxide in a spray bottle, leave it soak, and hoover it up, don’t blot- if you’re interested.

The company and their gory videos have accrued quite the cult following. One fan said: “I love your videos so much, thank you for all the work you do.”

DON’T MISS
Life after death: THIS is the process you will go through when you die[WEIRD]
NASA scientists prove Stephen Hawking’s right after 50 years[WEIRD]
How to write a eulogy and what to include[LIFE]

Another added: “My favourite page…who doesn’t like a bit of gore!”

A third replied: “Man! I am waiting for the Discovery Channel to pick you guys up. I find this so interesting!”

TikTok has strict guidelines regarding graphic content, but as Spaulding Decon’s main aim is to educate others, so they make an exception.

Spaulding Decon is based in Tampa, Florida, but has 45 businesses across the US. The company had originally planned a reality TV show but that fell through. This then led the team to create their own social media accounts to document their day-to-day work.

crime, gory, gruesome, Weird News
You may also like: