Pink Moon 2021 in pictures: Breathtaking images reveal the Pink Supermoon around the globe

The biggest and brightest Full Moon of the year so far made an appearance in the wee morning hours of Tuesday. Traditionally known as the Pink Moon or Fish Moon, the fourth Full Moon of the year also happened to be a Supermoon – a Full Moon near or at its lowest orbit of Earth. Paired together, astronomy enthusiasts were in for a real treat and will be glad to know the Moon will still look exceptionally beautiful tonight.

In purely astronomical terms, the Full Moon peaked in brightness at 4.31am BST on Tuesday.

The peaked occurred when the Moon and Sun were perfectly aligned at a 180-degree angle.

But the Moon looked plenty full to the naked eye on Monday evening and will do so later tonight when it reappears over the east-southeast horizon by 9pm BST (London time).

Stargazers – professional and amateur alike – stayed up all night to catch a glimpse of the Pink Moon and have shared their most breathtaking snapshots of the event. 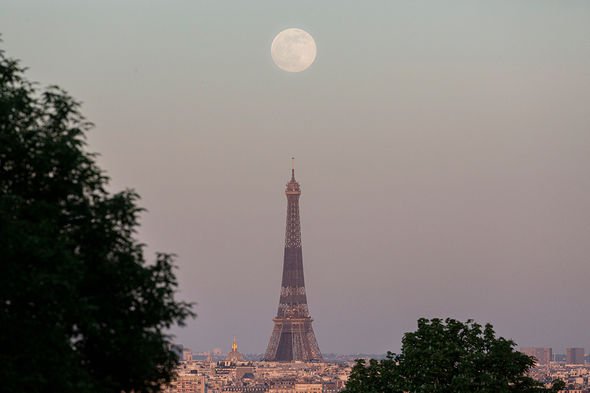 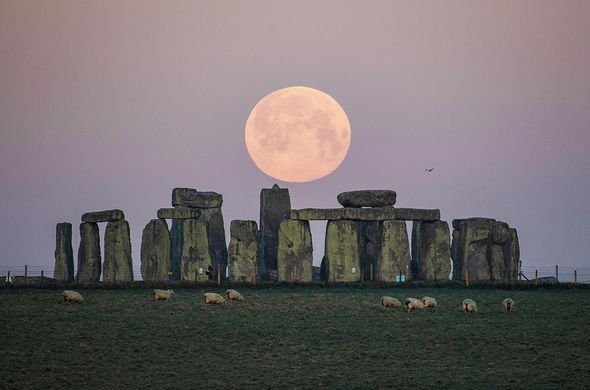 Here in the UK, the Pink Moon was photographed rising over the neolithic monument of Stonehenge in Wiltshire.

The picture was snapped early on Tuesday as the Moon was already heading towards the horizon to set for the day.

The planet’s dusty atmosphere have the Full Moon a reddish-pinkish hue, although the Moon itself did not turn pink at any point last night.

Instead, the Pink Moon’s name is attributed to Native American time-keeping traditions and a pink wildflower that blossoms around this time of the year.

The Pink Moon was also photographed by astrophysicist Gianluca Masi of the Virtual Telescope Project in Italy. 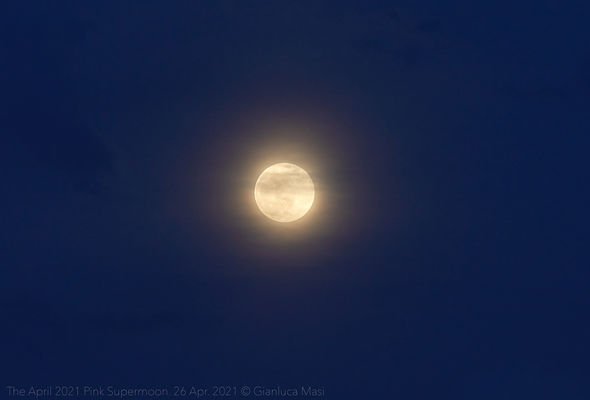 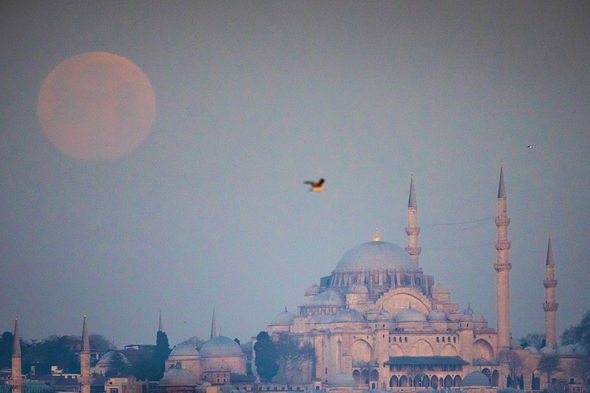 Despite it being cloudy over Rome last night, Dr Masi told Express.co.uk he managed to snap a few clear shots of the lunar disc.

You can see the Supermoon’s intense glow lighting up the night sky.

At their best, Supermoons can appear up to 14 percent bigger and 30 percent brighter than a Micromoon – a Full Moon at its farthest orbit from Earth.

Another stunning image shows the Pink Moon passing over the skyline of New York City in the US. 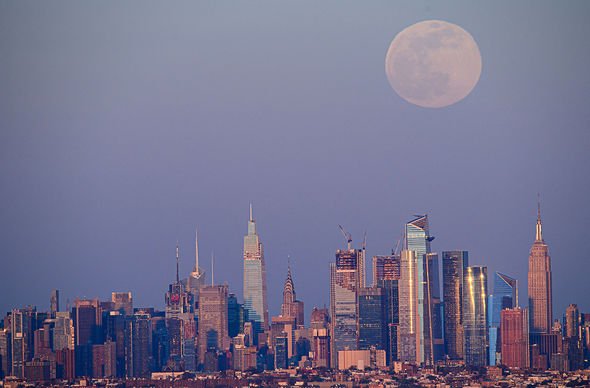 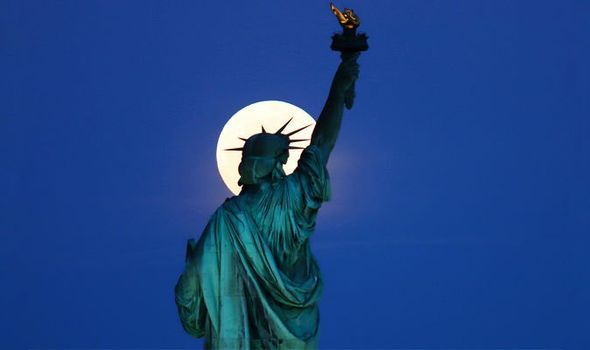 A second photo of New York shows the Pink Moon crowning the Statue of Liberty with a wonderful, glowing halo.

Back in the UK, and a lucky photographer managed to capture a paraglider pass in front of the Supermoon in Glastonbury.

You can see the lunar disc just above and behind the Glastonbury Tor and St Michael’s Tower.

Stargazers have also been flooding social media since Monday night, with reports and sightings of the beautiful Moon. 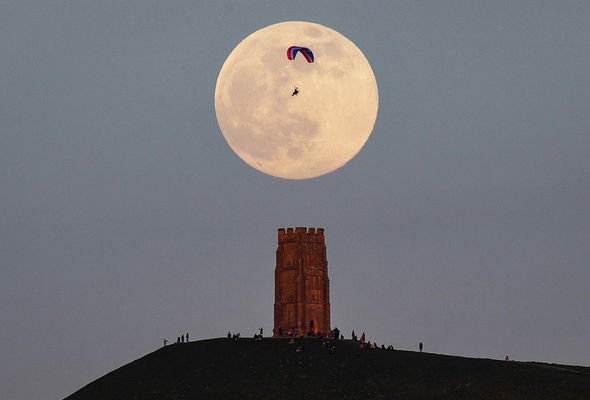 Another person said: “The first #supermoon of the year – the full ‘Pink Moon’ – looked amazing last night. Did you see it?”

And a third person that shared a snapshot said: “Much more impressive in real life.”

After tonight’s event wraps up, the good news is another Supermoon will appear on May 26, 2021.