Roscosmos, Russia’s space agency, has set an August 9 launch date for the Kanopus-V satellite, dubbed the “Khayyam”. The system will be launched from a Russian Soyuz rocket from the Baikonur space station in neighbouring Kazakhstan. A Roscosmos statement confirmed that it would blast “remote sensing equipment into orbit at the request of the Islamic Republic of Iran”.

While Russia is launching the satellite, Iran’s state news agency IRNA reports that it will be guided and controlled from ground stations in Iran.

But Moscow reportedly first intends to use the Khayyam, which has a high-resolution camera, to aid its own war efforts in Ukraine.

Western officials say the camera has a resolution of 1.2 metres which will be used for both for military and civilian purposes.

The launch marks the fulfilment of a four-year deal negotiated with Iran, which is set to give the Middle Eastern powerhouse unprecedented capabilities for the monitoring of sensitive facilities in Israel and the Persian Gulf. 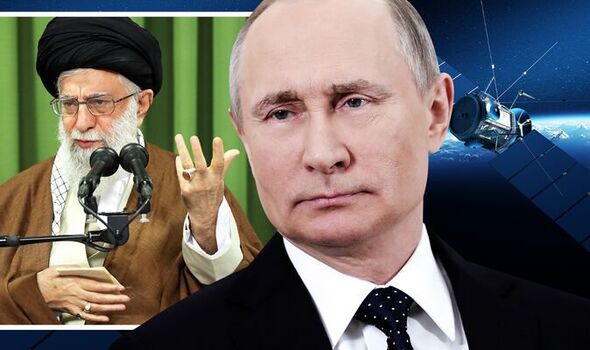 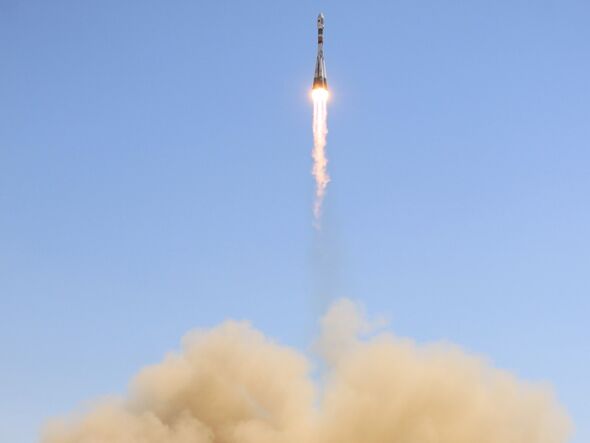 Yonah Jeremy Bob, a Foreign Affairs Lecturer and Intelligence, Terrorism and Legal Analyst for the Jerusalem Post, wrote in the Israeli publication: “Any such cooperation and progress greatly concerns Israel and the US because aspects of satellite technology can be dual-use applied to nuclear weapons delivery as well as possibly greatly enhancing the Islamic Republic’s intelligence collection capabilities.”

But according to Iranian state-media, the satellite will be used for providing “accurate spatial data” for boosted agricultural productivity, monitoring of water resources, management of natural disasters and monitoring of mines.

Tehran is also said to have been told that Moscow plans to use the satellite for several months as it scrambles to gain ground in Ukraine amid its invasion, two anonymous officials have said.

The move signals a boost to military and political cooperation between Russia and Iran, and it comes just two weeks after Putin visited the Iranian capital to meet with Iranian Supreme Leader Ali Khamenei for meetings. 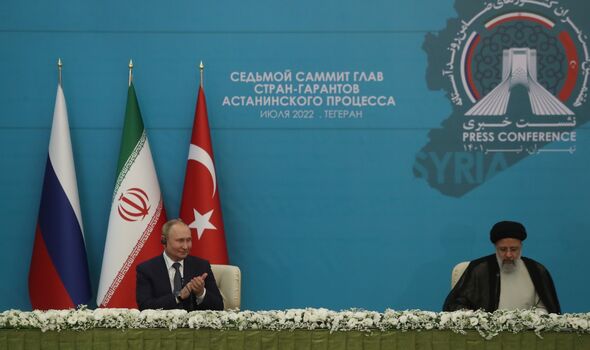 The latter then hailed the “long-term cooperation” between the two nations.

It also comes after Iran reportedly offered to supply “hundreds” of surveillance drones to Russia, some of which will be weapons-capable, US officials revealed.

It comes as tensions between Iran and the West have been soaring as western leaders scramble to salvage the 2015 Nuclear Deal after US President Donald Trump pulled out in 2018.

But the Vienna talks have continued to stall, meaning the International Atomic Energy Agency cannot resume its monitoring of the Iran’s nuclear programme as it expands its enrichment of near-weapons-grade uranium 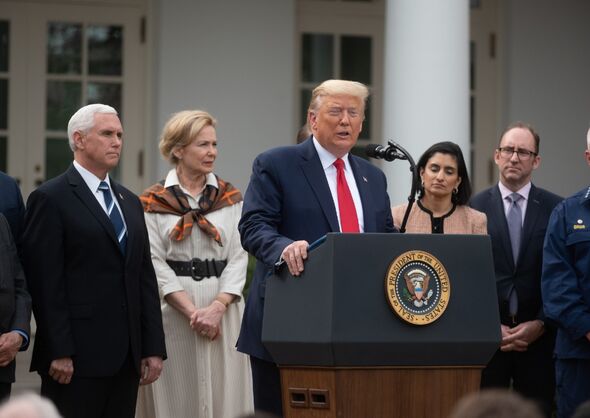 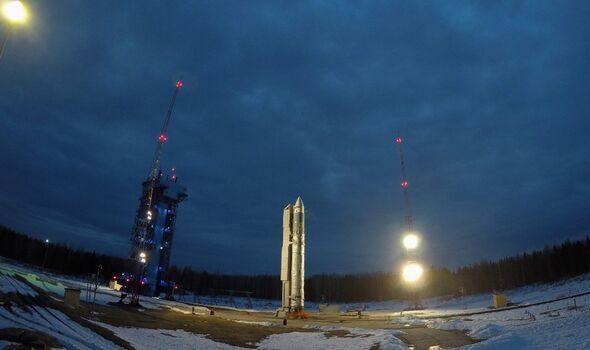 A senior Iranian official said: “Considering the evolving geopolitical ties after the Ukraine war, the [clerical] establishment tries to secure Moscow’s support in Tehran’s confrontation with Washington and its regional allies.”

But this is not the first time Russia and Iran have collaborated on a space project.

Back in 2005, Iran’s Sina-1 was sent into orbit from Russia’s Plesetsk cosmodrome.