Welcome to Italy’s ‘dinosaur trove’! Remains of up to 11 creatures are uncovered near Trieste dating back 80 million years – including the biggest and most complete dinosaur EVER found in the country

The biggest and most complete dinosaur ever found in Italy is among the remains of up to 11 such creatures uncovered by paleontologists.

Fossilised skeletons belonging to the species Tethyshadros insularis were discovered at a site called Villaggio del Pescatore near Trieste.

Researchers said the dinosaur lived on an island of the European archipelago in the Tethys Ocean 80 million years ago. 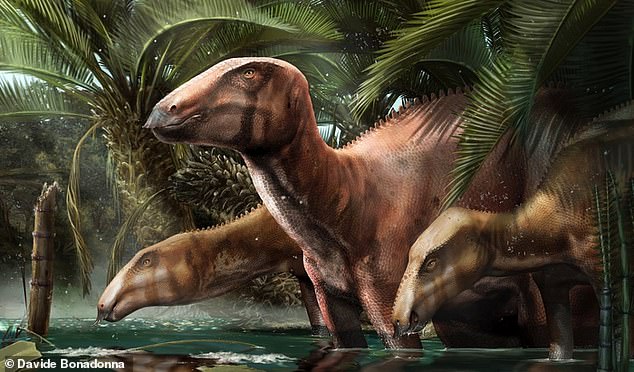 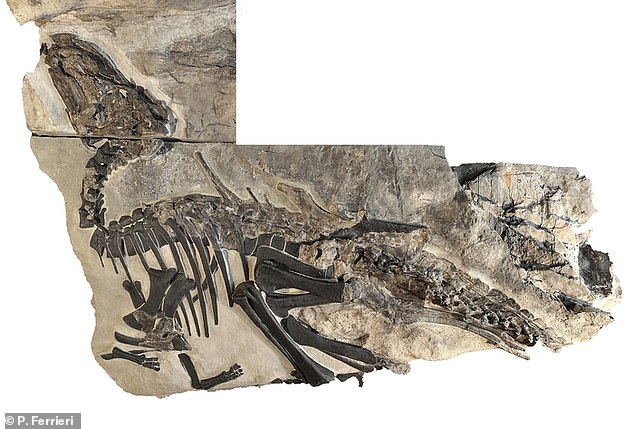 The skeleton of Bruno, an adult Tethyshadros insularis described in this new study

It had been believed that the first Tethyshadros insularis skeleton found at the site was a ‘dwarf species’, but the latest study by the University of Bologna disputes this.

The team of experts said ‘Antonio’, as the first skeleton was dubbed, was actually a young dinosaur after discovering another one named ‘Bruno’ that was bigger in size and may still have been growing at the time of its death.

Geologists had previously said the Villaggio del Pescatore site, dubbed a ‘dinosaur trove’, was part of an island in the middle of a ‘proto-Mediterranean’ ocean called Tethys.

This led to experts incorrectly identifying Antonio as a ‘dwarf’ species because they thought it was an example of the so-called ‘island rule’ — the evolutionary miniaturisation of bigger animals in an insular environment due to the scarcity of resources.

The study found there were at least seven and probably 11 dinosaur skeletons at Villaggio del Pescatore, as well as the remains of fish, crocodiles, flying reptiles and even small crustaceans.

It also suggests that the site is about 10 million years older than previously thought, dating back around 80 million years to the Cretaceous period.

At that time, what is now north-eastern Italy was a land facing a vast ocean but connected to western Europe and Asia.

This means that not only small islands made up the ancient Mediterranean, but many migratory routes for large terrestrial animals like the dinosaurs might have been possible across land bridges of what we nowadays call Italy.

The research has been published in the journal Scientific Reports. 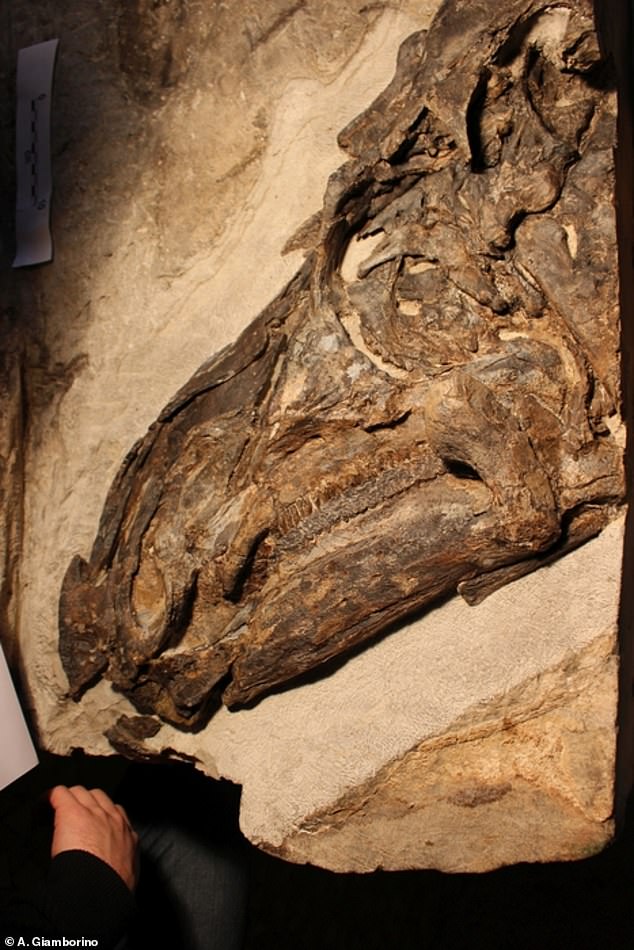 The skull of ‘Bruno’, the newly described skeleton of the dinosaur Tethyshadros insularis 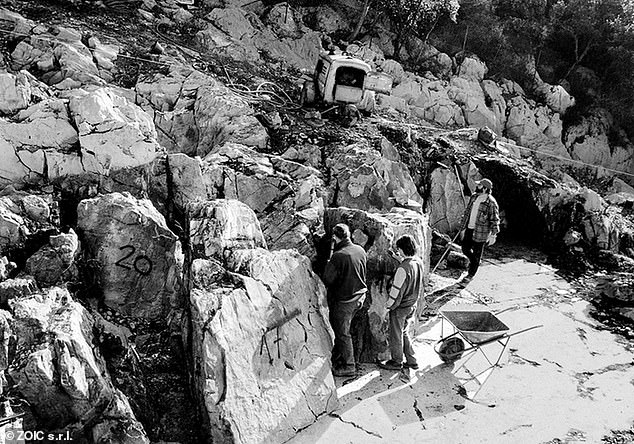 The paleontological site of Villaggio del Pescatore, with experts working to extract the fossils from the ‘dinosaur trove’