The equipment is due to be tested on the Royal Navy aircraft carrier, The Prince of Wales. Testing will take place later in the year as the massive warship heads to the east coast of the United States. Winning the award is QinetiQ.

The company will provide its experimentation expertise and Banshee Jet80+ air vehicles to support the Royal Navy’s future use of high-performance Uncrewed Aerial Systems (UAS) in Carrier Strike Group operations.

The experimental trials, which are closely associated with the Navy’s Vampire Phase 1 programme, will test QinetiQ Target Systems’ Banshees in training and ISR scenarios, focussing on specific flight profiles and the optical recognition of assets to enable ‘friend or foe’ confirmation.

With the addition of Electronic Warfare systems, the Banshee will not only stimulate the ship and aircraft radar systems but also the threat warning systems, adding more depth and reality to the training that can be delivered.

This will also demonstrate the potential use of Banshee in a decoy role. 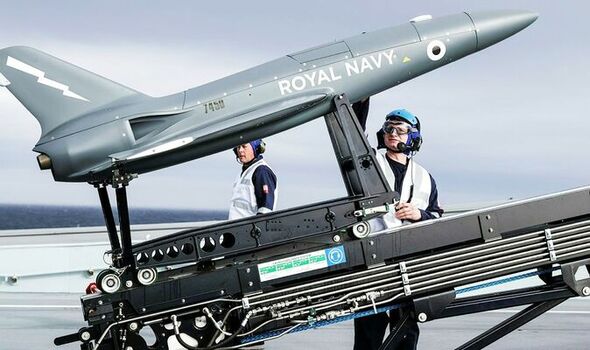 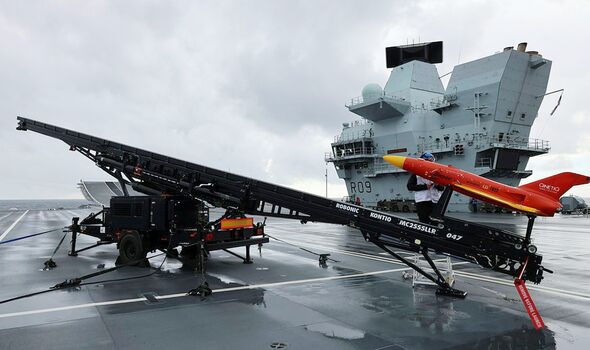 Speaking of the project, Simon Cooper, Business Development Director UK Defence at QinetiQ said: “Our participation in these important trials and the associated Vampire Phase 1 programme demonstrates the operational relevance of Banshee and QinetiQ’s ability to deliver pertinent operational training and experimentation outcomes for the Royal Navy.

“We’re incredibly proud of our partnership with the Navy and the opportunity to continue supporting them on their journey towards the Future Maritime Aviation Force.”

Colonel Phil Kelly RM, Head of Carrier Strike & Maritime Aviation, Royal Navy added: “The continued partnership with QinetiQ on Project Vampire is invaluable to support the evidence gathering as to how such capabilities can grow the lethality of our aircraft carriers.” 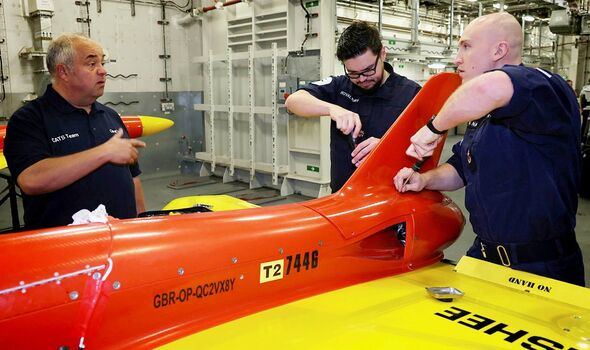 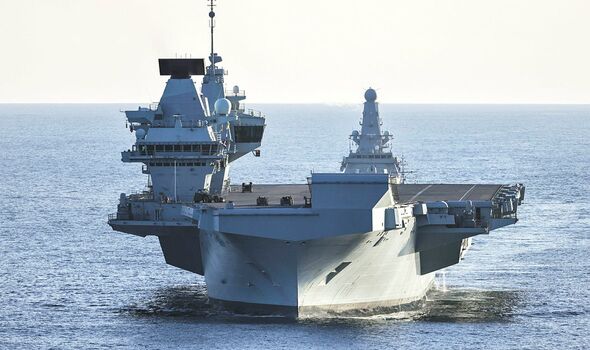 According to QinetiQ, the Banshee is one of a range of remotely piloted aerial targets offered by QinetiQ’s Target Systems business.

The system has achieved worldwide acclaim and is in service, or has been operated under contract, in over 30 countries.

Variants of Banshee have been used by customers to test the effectiveness and operational readiness of weapon systems including air-to-air missiles, gun systems and surface-to-air missiles. 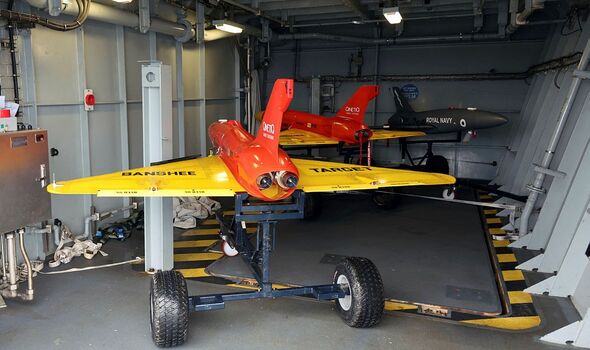 Throughout its development, the Banshee system has been enhanced to include customer modifications that improve the maintainability, reliability and operability.

These modifications and refined aerodynamics have contributed to the increased performance available in the current version.

The Banshee Whirlwind is powered by a rear-mounted engine. It is fitted with our own digital autopilot, telemetry, GPS and waypoint navigation systems to provide accurate and reliable flight profiles t to ranges of over 80 miles.

Up to four vehicles may be operated simultaneously from one ground control station when Banshee is flying in autonomous mode.

This allows an entire mission, including launch and recovery, to be performed automatically.