For decades, scientists have sounded alarms over the melting of ice in the Arctic region as a result of a warming planet. However, researchers have now found this gradual degradation of ice is set to have the unintended consequence of weakening Russia’s control over popular shipping routes. As ice-covered regions of the Arctic melt away, a new study found that within decades, new sea routes could open up, which could circumvent the Russian-controlled Northern Sea Route,

The researchers also noted another unintended consequence of the degradation of ice was the new routes opening up would be more “eco friendly” offering ships a faster, more direct route.

“By 2065, Arctic’s navigability will increase so greatly that Russia’s control over trade will weaken, according to study from Brown University in the U.S.”

Much of the Northern Sea route, one end of which lies in the North Sea connecting the UK and Norway, lies in Russia’s exclusive economic zone. 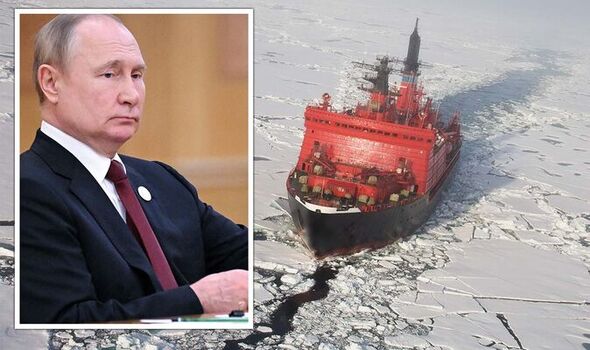 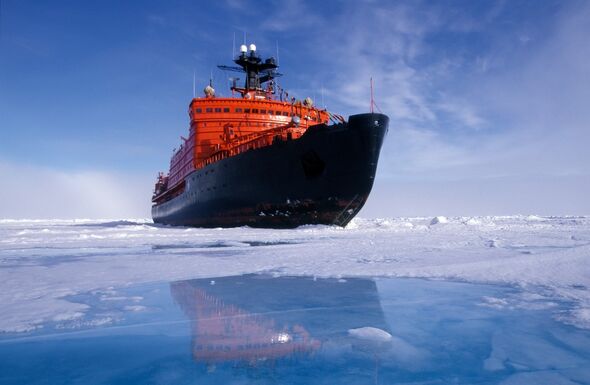 Amanda Lynch, the study’s lead author and a professor of Earth, environmental and planetary sciences at Brown said: “There’s no scenario in which melting ice in the Arctic is good news.

“But the unfortunate reality is that the ice is already retreating, these routes are opening up, and we need to start thinking critically about the legal, environmental and geopolitical implications.”

According to Charles Norchi, co-author of the study and the director of the Center for Oceans and Coastal Law at Maine Law, these changes to the shipping routes could have huge implications for world trade and global politics.

Since 1982, countries bordering the Arctic seas have been granted enhanced authority of primary shipping routes, according to the United Nations Convention on the Law of the Sea. 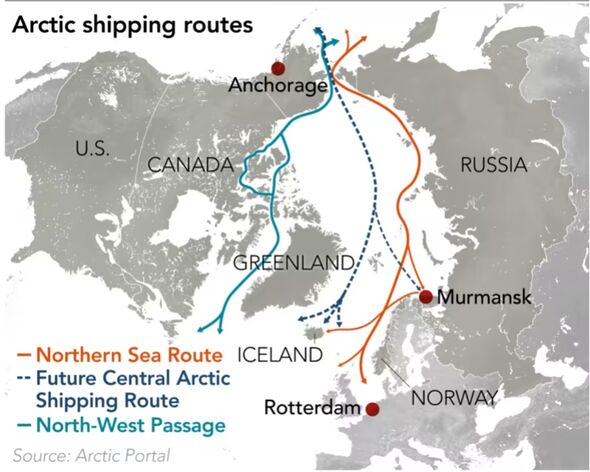 Article 234 of the convention states that in the name of “the prevention, reduction and control of marine pollution from vessels,” countries whose coastlines are near-Arctic shipping routes have the ability to regulate the route’s maritime traffic, so long as the area remains ice-covered for the majority of the year.

According to Prof Nori, Russia has been exploiting Article 234 for its own economic and political gain for decades.

For instance, one Russian law states that all vessels passing through the Northern Sea Route must be piloted by Russians.

Passing vessels are also required to pay tolls and give prior notice in advance if they plan to use the route.

Because of this, major shipping companies often opt for alternative routes like Suez and Panama canals, which are longer but are usually the cheaper option. 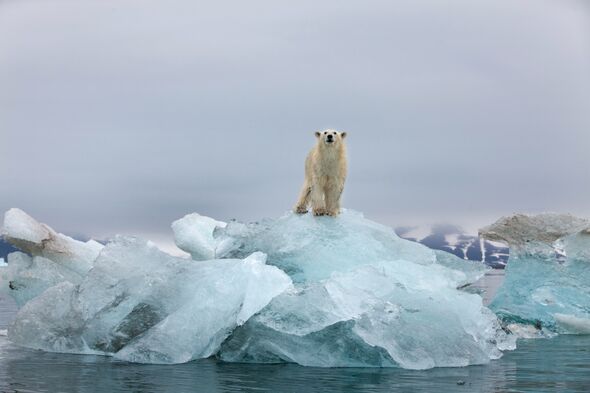 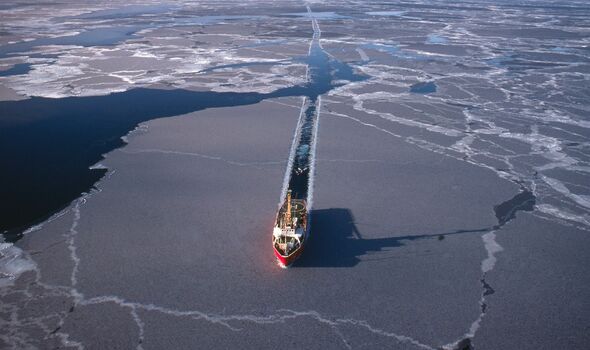 But because of the Arctic ice melt, Russia could see its grip on Arctic routes decline.

Prof Nori noted as the ice melts, Russia “will be challenged by the international community because Article 234 will cease to be applicable if there’s no ice-covered area for most of the year.

“Not only that, but with melting ice, shipping will move out of Russian territorial waters and into international waters.

“If that happens, Russia can’t do much, because the outcome is driven by climate change and shipping economics.”

The new study was published in the Proceedings of the National Academy of Sciences.