Scientists turn food scraps like banana peels, seaweed and cabbage leaves into construction materials that are ‘at least as strong as concrete’

Researchers in Japan have deciphered a way to use food waste, such as banana peels or cabbage leaves and turn it into building products for construction.

A team at the Institute of Industrial Science at the University of Tokyo looked at all sorts of food waste and used a ‘heat pressing’ concept that is commonly used to turn wood powder into construction materials.

However, they used vacuum-dried food scraps instead and mixed the food powder with water, seasonings and put it at a high enough temperature to then test the strength, as well as keep an eye on the taste, smell and appearance of the mixture.

‘Our goal was to use seaweed and common food scraps to construct materials that were at least as strong as concrete,’ Yuya Sakai, the senior author of the study, said in a statement. 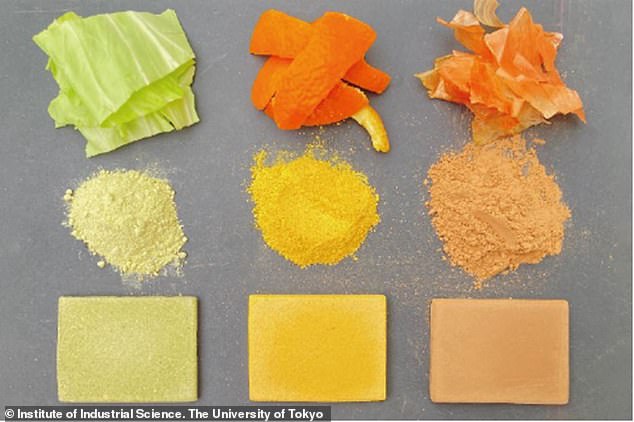 Researchers from the University of Tokyo used food waste, such as banana peels and cabbage leaves to create building products strong enough to be used in construction 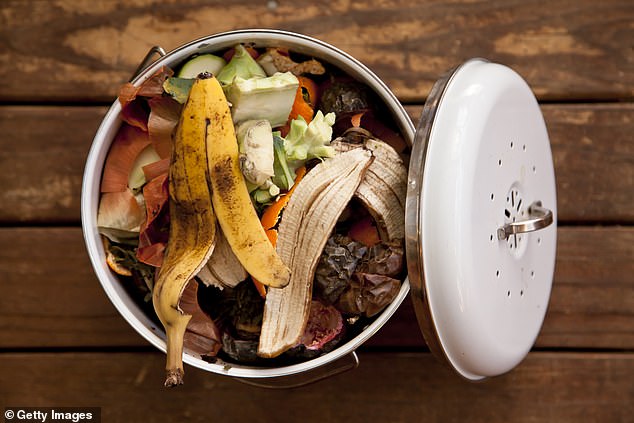 It’s estimated that between 30 and 40 percent of food is wasted annually in the US, or approximately 20 pounds per per per month 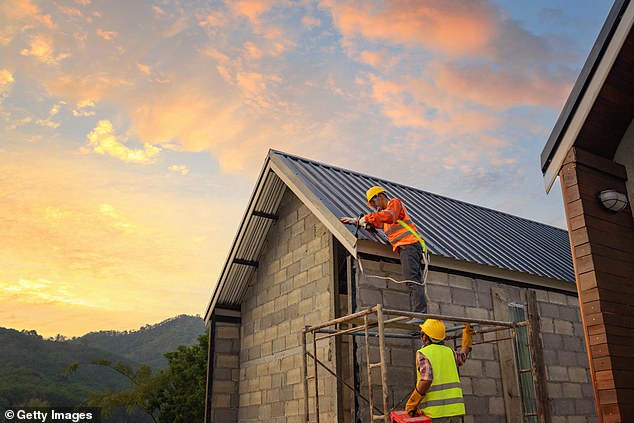 ‘But since we were using edible food waste, we were also interested in determining whether the recycling process impacted the flavor of the original materials.’

The findings will be published in an The 70th Annual Meeting of The Society of Materials Science, Japan as ‘Development of Novel Construction Material from Food Waste.’

One of the study’s co-authors, Kota Machida, said that all of the materials exceeded their ‘bending strength target,’ except for the pumpkins.

Also notable was the strength of Chinese cabbage leaves, which Machida added ‘produced a material over three times stronger than concrete.’

When the cabbage leaves were mixed with the pumpkin-based material, there was an ‘effective reinforcement’ that satisfied the researchers.

Surprisingly, the newly recycled food scraps kept most of their taste, the researchers found.

If seasonings like salt or sugar were added to improve taste, the strength was not reduced.

The material was also notably not negatively impacted by rot, fungi, or insects and there was no ‘appreciable changes’ to appearance or taste after being exposed to air for four months.

According to the U.S. Department of Agriculture, food waste is an enormous problem domestically.

It’s estimated that between 30 and 40 percent of food is wasted annually, or approximately 20 pounds per per per month.

Globally, the issue is even larger: the World Food Program estimates that one-third of the world’s food is wasted every year, or $1 trillion worth.

As such, it is ‘crucial for develop methods for recycling food scraps,’ the university said in the release.

With the materials strong enough for construction projects yet still edible in nature and taste, there could be a number of ‘creative applications’ that comes from their research, the university added.

In a bid to combat food waste and educate consumers on how to increase the shelf life of their fridge items, Samsung created a series of tips on how to organize a fridge.

1. Tailor your fridge shelves to your needs to put an end to the one tall bottle or a container of leftovers that won’t quite fit as you’d like

3. To maintain an even temperature inside your fridge, look for models that include No Frost technology – keeping food stay fresher for longer but also preventing ice-build up

4. Remember humidity is just as important as temperature.  If possible, look to use drawers that have adjustable settings – stopping fresh fruit and vegetables from going soggy

5. Always store raw meat, poultry and fish on the lower shelf of the refrigerator and keep it wrapped up to prevent food smells from spreading and any juices from dripping onto other foods

Food, li, scientists, scraps, turn
You may also like: