Scientists warn we will pay £1.20/day more when the clocks change

How the clock change could add HUNDREDS to your energy bills: Scientists warn the average household will pay £1.20/day more from Sunday

On Sunday, Brits will be turning their clocks back one hour to mark the end of Daylight Saving Time, giving us all an extra hour of sleep.

But, while we we could all do with some more time in bed, the move could also have dire consequences on our wallets.

Research has shown that the annual return to Standard Time adds £400 a year to our energy and electricity bills.

This is because evening energy demand peaks between 5pm and 7pm during winter, and changing the clocks back gives less sunlight in that period.

That means people turn their lights and heating on earlier than they would if Daylight Saving Time remained.

Researchers at Queen’s University Belfast estimate the average household spends £1.20 a day more on electricity when the clocks are put back at the end of October.

Professor Aoife Foley, a clean energy expert and lead author of the study, thinks that axing the return to Standard Time could help people to save money amid the cost-of-living crisis.

‘By simply forgoing the winter DST in October, we save energy because it is brighter in the evening during winter, so we reduce commercial and residential electrical demand as people leave work earlier, and go home earlier, meaning less lighting and heating is needed,’ she said. 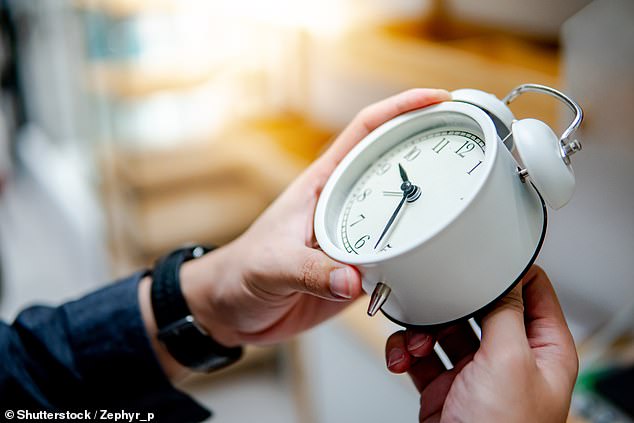 It is also argued that if the UK had one standard time all year round, it could mean farmers in Scotland would work for a couple hours in the dark during the winter.

It would also mean that children in the north of England and in Scotland would be forced to travel to and from school in the dark.

Why do we have Daylight Savings Time?

This means that the evening daylight lasts longer during the day while sunrise hours are subsequently reduced in the spring and summer.

The origins of Daylight Saving Time are generally thought to go back to the ideas of William Willett, an English builder who proposed its concept in 1907.

He lobbied the British Parliament, pitching it as a way to enjoy the extra daylight in the summer months and save money.

It was finally adopted by Germany, the UK and many other European countries in 1916 as a way to save energy during the war.

Ironically, Willett passed away shortly before this.

How does it affect our heating and electricity bills?

While the Daylight Saving Time period was introduced as a way to save money in the summer, some studies have found it does the opposite.

The US state of Indiana adopted the time shift in 2007, and economists from Yale were able to calculate the resulting change in households’ electricity demand.

Their study found that Daylight Saving Time actually increased the residential electricity demand in the state by one to four per cent annually.

This was because people tended to use more air conditioning, as sunlight aligned with a larger portion of their day

Similar to Dr Foley’s research, the study also found an increase in energy consumption in autumn, as waking up in the dark meant people would turn on their heating earlier.

Additionally, while some studies report that the Daylight Saving Time period results in a decrease in electricity use due to lighter evenings, some suggest this is offset by an increase in usage in the mornings.

On the other hand, some studies have shown that moving to Daylight Saving Time for those seven months actually reduces the average cost of delivering energy.

That is because it evens out peaks and troughs in energy demand throughout the day, putting less pressure on the supplier. 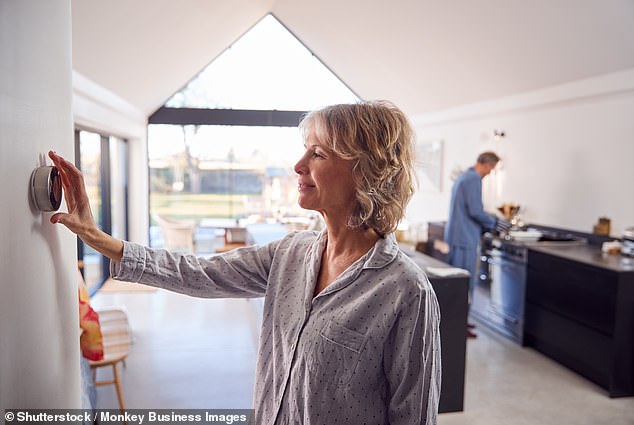 While some studies report that the Daylight Saving Time period results in a decrease in electricity use due to lighter evenings, some suggest this is offset by an increase in usage in the mornings (stock image)

What else does Daylight Saving Time affect?

Time changes mess with sleep schedules, which can increase levels of stress hormones that boost heart rate and blood pressure, and of chemicals that trigger inflammation.

Heart attacks are more common in general in the morning, but incident rates increase slightly on Mondays after clocks are moved forward in the spring, when people typically rise an hour earlier than normal.

Numerous studies have also linked the start of daylight saving time in the spring with a brief spike in car accidents, and with poor performance on tests of alertness, both likely due to sleep loss.

The research includes a German study that found an increase in traffic fatalities in the week after the start of daylight saving time, but no such increase in the autumn. 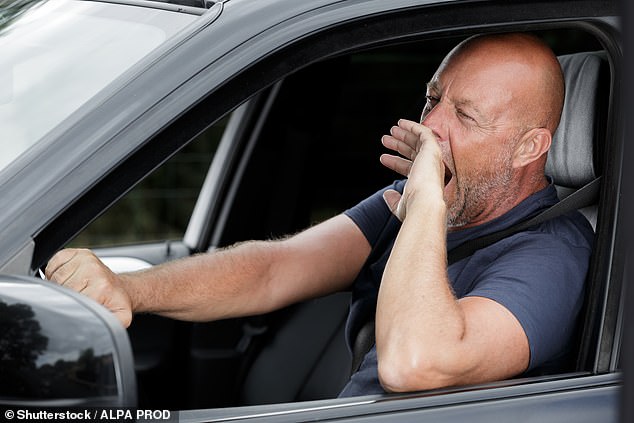 Numerous studies have also linked the start of daylight saving time in the spring with a brief spike in car accidents, likely due to sleep loss (stock image)

Professor Russell Foster, of the University of Oxford, is one of the world’s leading experts on the circadian rhythm, or the body’s internal clock.

He claims that a combination of sleep deprivation and a disruption of the circadian rhythm can, potentially, trigger a stroke.

This is because it is known to increase blood pressure, which can cause clots to form that block blood flow in the arteries leading to the brain.

As well as health effects, the switch to Standard Time also accompanies an increase in crimes, including muggings and sexual assaults.

This is linked with how more people will be walking home from work in the dark.

Why do we switch the clocks back?

‘Spring forward, fall back’ is a well-known saying when it comes to daylight saving.

But why do we bother to change the clocks twice a year?

When do the clocks change?

In Spring, the clocks move an hour forward for British Summer Time (BST), to make the most of the daylight hours.

In autumn when the clocks go back the UK reverts to Greenwich Mean Time (GMT).

The UK is not alone, as a similar process happens in the US.

Is that how it’s always been?

In the early 1900s the clocks were always set to GMT, meaning in the summer it was light by 3am and dark at 9pm in the UK.

That was until people started to campaign for longer daylight hours to improve public health.

Change was sparked following the relentless pursuit of a builder in the 1900s.

William Willett began campaigning for change in 1905 after he noticed how many curtains were still drawn in the early hours of the morning in the summer.

In 1908 he won the support of the MP Robert Pearce after he published his leaflet ‘The Waste of Daylight’ calling for the time change.

However, the concept of rolling time back and forward was not formally introduced until the First World War, when war time coal shortages made the idea to introduce daylight saving more relevant.

During the war daylight saving allowed people to enjoy more hours of sunlight meaning there was less demand for coal-powered lighting. This left more coal to fuel the navy, railways and armaments industry. 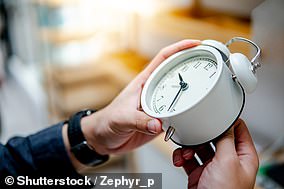 In Spring the clocks move an hour forward for British Summer Time (BST), to make the most of the daylight hours. In autumn when the clocks go back the UK reverts to Greenwich Mean Time (GMT). The clocks will go back on Sunday, October 30 at 2am

Have we ever rolled the clocks back even further?

In the Second World War, Double British Summer Time was introduced. It was two hours in advance of GMT and was introduced to replace daylight saving.

During the winter, clocks were kept one hour in advance of GMT to increase public productivity.

After the war, the UK returned to BST apart from an experiment between 1968 and 1971 that saw the clocks put forward, but not back.

The experiment was discontinued, and the clocks were rolled back to GMT as it was found impossible to work out whether it had any benefit on society.

It is also argued that if the UK had one standard time all year round, it could mean farmers in Scotland would work for a couple hours in the dark during the winter.

It would also mean that children in the north of England and in Scotland would be forced to travel to and from school in the dark.

Are there calls to get rid of the clock changes?

There have been attempts to get rid of daylight saving.

Backbench MPs attempted to change BST to a permanent summer time but The Daylight Saving Bill 2010-12 was not passed by the House of Commons.

Where else in the world changes the clocks?

Less than half of the countries in the world change the clocks to implement daylight saving, but more than 140 countries have applied it at some point.

The majority of European countries still make the switch twice a year.

In 2019, the European parliament voted to scrap daylight saving time, meaning they would no longer change the clocks twice a year. Yet, the change is yet to happen.

Parts of Australia, New Zealand, most of Mexico, Argentina, Paraguay, Cuba, Haiti, the Levant and Iran still change the clocks to save daylight hours.

And only two states in America, Arizona and Hawaii, have ditched the daylight saving in favour of a permanent winter time.