Scientists’ warning as ocean to vanish as ‘supercontinent’ forms

USS Samuel B. Roberts: Explorers find 'Sammy B' in Pacific

New research has warned that over the course of the next 200 to 300 million years, the Pacific Ocean is likely to disappear, as North and South America merge with Asia to form Amasia, the world’s next supercontinent. In a new study, scientists from New Curtin University used a supercomputer to simulate how the next supercontinent would form. They found that because the planet has been cooling over the period of billions of years, the thickness and strength of the plates under the oceans reduce with time. Because of this phenomenon, it is difficult for the next supercontinent to assemble by closing up the “young oceans” like the Atlantic or Indian oceans.

Lead author Dr Chuan Huang, from Curtin’s Earth Dynamics Research Group and the School of Earth and Planetary Sciences, hailed the new findings as significant and provided insights into what would happen to Earth in the next 200 million years.

“The resulting new supercontinent has already been named Amasia because some believe that the Pacific Ocean will close (as opposed to the Atlantic and Indian oceans) when America collides with Asia.”

Despite its name not being visible in the portmanteau, Australia is also expected to play a role in the formation of Amasia, first colliding with Asia and then connecting America and Asia once the Pacific Ocean closes. 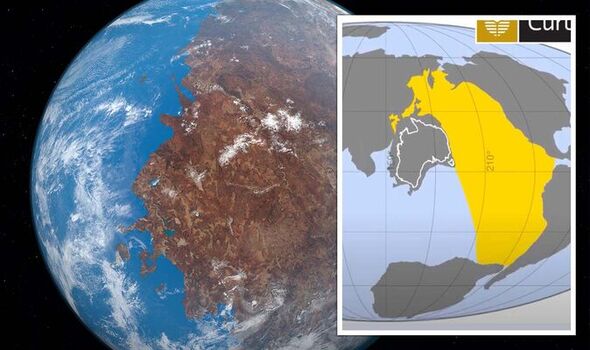 “By simulating how the Earth’s tectonic plates are expected to evolve using a supercomputer, we were able to show that in less than 300 million years’ time it is likely to be the Pacific Ocean that will close, allowing for the formation of Amasia, debunking some previous scientific theories.”

According to Curtin University, the Pacific Ocean was formed by what was left of the Panthalassa super ocean, which started to form 700 million years ago when the previous supercontinent began to break apart.

This makes the Pacific the oldest ocean on Earth, and since its formation, it has been shrinking from its maximum size, currently at the rate of a few centimeters every year.

At this pace, scientists believe that in 200-300 million years, the ocean will completely close up, bring the continents of Asia, Australia, Antarctica, North and South America together. 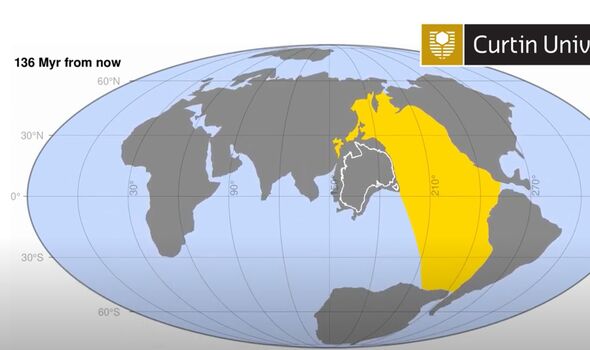 Co-author Professor Zheng-Xiang Li, also from Curtin’s School of Earth and Planetary Sciences, said that having the whole world dominated by a single continental mass would dramatically alter Earth’s ecosystem and environment.

He said: “Earth as we know it will be drastically different when Amasia forms. The sea level is expected to be lower, and the vast interior of the supercontinent will be very arid with high daily temperature ranges.

“Currently, Earth consists of seven continents with widely different ecosystems and human cultures, so it would be fascinating to think what the world might look like in 200 to 300 million years’ time.”

The full paper, titled ‘Will Earth’s next supercontinent assemble through the closure of the Pacific Ocean?’ was published in the National Science Review. 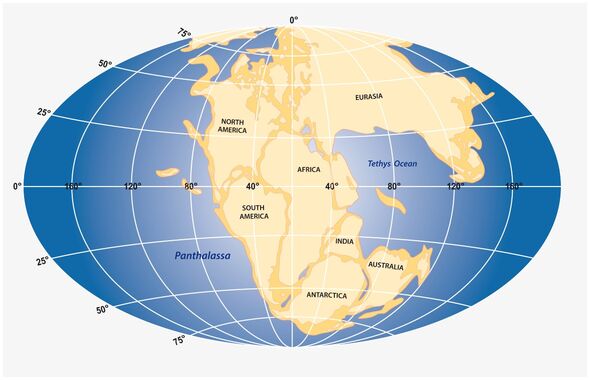 Amasia is not the only supercontinent theory out there, as some experts, like Christopher Scotese at Northwestern University in Evanston, Illinois dubbed another predicted shape ’Pangaea Proxima’.

In 2017 he said: “Fifty million years from now, Australia will be in collision with southeast Asia to a much larger degree.”

Mr Scotese mapped his projections in an animation which shows Antarctic travelling north to end up next to Africa and collides with South America. As the continents are constantly on the move, he says, collisions between them are seemingly inevitable.