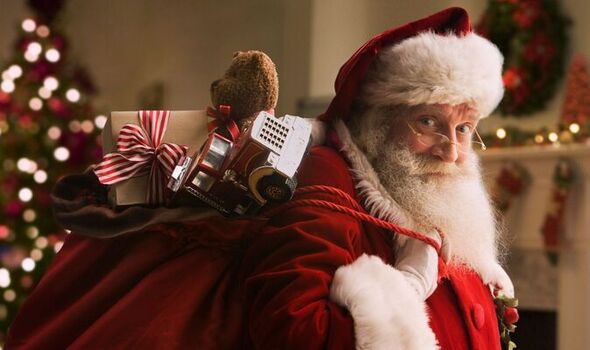 Another year is coming to an end, and you know what that means? That’s right, Christmas is upon us once again, and with the festive season comes presents, food, and myths – yes, there are plenty of myths that do the rounds every winter.

From the real reason why Father Christmas wears a red outfit to Jingle Bells not really being a Christmas song, prepare to have your mind blown as we divulge some of our favourite festive myths.

So without further ado, here are seven myths you probably did not know.

1. “Jingle Bells” is a Christmas song

This first myth is an absolute cracker.

That’s right, the famous “Christmas” song we have all sung to death is not about the festive season, it is about Thanksgiving.

The song was written in 1857 by an American called James Pierpont, and nowhere in the lyrics is Christmas mentioned.

It’s a shorthand term that many of us love to hate, but did you know that writing “Xmas” is not a recent trend and has been around for hundreds of years?

It dates back to around the 12th century.

The first letter of “Christ” in the Greek and Roman alphabet is “X”, and has been used to represent the word “Christ” for hundreds of years.

3. Boxing Day is about boxing up presents for return

There are many theories as to Boxing Day’s origins, but sadly they have been lost to time.

Many people believe it stems from the British tradition of charitable giving.

You have probably heard this myth at some point, and while Coca-Cola has portrayed the jolly fellow wearing red in their adverts since the 1930s, this depiction of him actually dates back to the 19th century.

The Father Christmas we all know and love was created by American cartoonist and German immigrant Thomas Nast in the 1870s.

So by the time the Coca-Cola adverts came around, that version of Father Christmas was already burned into the public’s consciousness.

You may be surprised to know that the bible makes no mention of what date or time Jesus’ birth took place, let alone that it was on December 25.

There are different accounts as to when the birth took place, but nobody knows for sure.

According to History.com, it was chosen to coincide with a pagan holiday that celebrated the winter solstice. Two for the price of one.

Wrong! It does not begin on December 1st – your advent calendars are lying to you.

It depends on the year, as advent is meant to have four Sundays before the big day.

However, as Christmas is celebrated on a different day each year, the start of advent moves to accommodate this.

7. Christmas is the most important Christian holiday

It is more widely celebrated around the world, and lasts around two months, which is much longer than Christmas is celebrated.