Who owns my garden fence? Boundary rules in England & Wales

The woman discovered that her neighbour had let the stranger paint her fence. The horrified mum took to Mumsnet to share details of the story, reports Birmingham Live.

“I’m a 25-year-old woman living alone with two dogs in a terraced house,” she wrote.

“All houses in the row have an individual garden both in the back and front.

“I rent, most other people in the row own their house.”

She added: “Next door has recently decided to renovate their back garden, including installing an (ugly) garage in there, building higher fences and a built in kennel for their three dogs.

“Wasn’t bothered about any of this. To be honest I don’t particularly like them that much so I don’t mind not seeing them.

“I came home from an overnight shift today at 7am. Parked behind my back gate as usual and found a random man on a stepladder in my garden painting the fence with Cuprinol!” 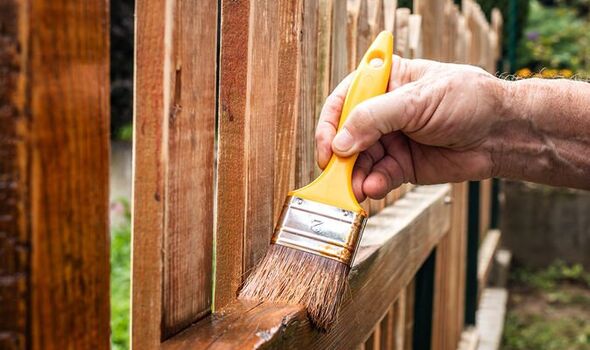 She added: Confronted him and asked who he was, he said the neighbours doing the garden renovations had said I’d given him permission to come into my garden and paint that side of the party fence.

“Pointed out that I clearly haven’t as the gate was double locked and the dogs were out!

“Tells me ‘sorry I thought you’d forgot so I hopped the fence, oh well love let me finish and I’ll get out, you’ll have to speak to [male neighbour]’.

“I told him certainly not and to get the f*** out of my garden now before I called the police.

“Told him that misled by my neighbour or not, I’m telling him right then and there that he had no permission to be in there.

“Once he was out of the garden and I’d locked my gate properly again, I went round to knock on the neighbours’ front door and ask what the f*** they’re playing at.

“No answer, although they were definitely in, I could hear CBeebies blasted through the wall to my living room for their DS and their cars were all in their usual parking spots.

“I went upstairs for a wee and through the bathroom window I could hear the male neighbour, female neighbour and the painter in his garden b****ing about me, calling me a rude b****!

“I shouted down mid wee that no, I wasn’t, and asked if it was okay for me to come in his bloody garden without permission! No answer to that one.”

Most people sided with the neighbour, with one person commenting: “I’m more horrified that she left her dogs out overnight whilst doing a night shift, and I’d be thanking someone for painting my fence as it’s a hard job. Not firing bad language at them, some people just aren’t grateful”.

Another person wrote: “If the neighbors had left her side of the fence which would have had their paint coming through, she would be complaining..this is NOT a very nice person…and the high fence is too block her out…”

A third person added: “Ungrateful so and so, I remember waking up one morning and my back garden had been mowed.

“I stood in my kitchen thinking who done that, to this day I don’t even know.

“I think maybe there was an older person there before me and council done it, I didn’t complain I was quite happy.

“Now I have a 50ft garden and wish someone would do that while I’m sleeping”.

However, one person sided with the woman.

They commented: “I can see her point. Some random stranger in her garden. Not sure whether the neighbours thought they were doing something nice but they should have asked.”