Urine test can detect womb cancer with 91% accuracy, and could spare women the need for invasive and painful detection procedures

A simple test has been developed which can detect womb cancer from self-administered vaginal swabs or urine.

Signs of the cancer —the fourth most common among women in the UK — can be seen through a microscope as malignant cells are captured by the sample.

In a proof-of-concept study, researchers used the new method and identified 98 of 103 cases of women who had been diagnosed with the disease.

It also was able to correctly spot when a patient did not have womb cancer 88.9 per cent of the time. 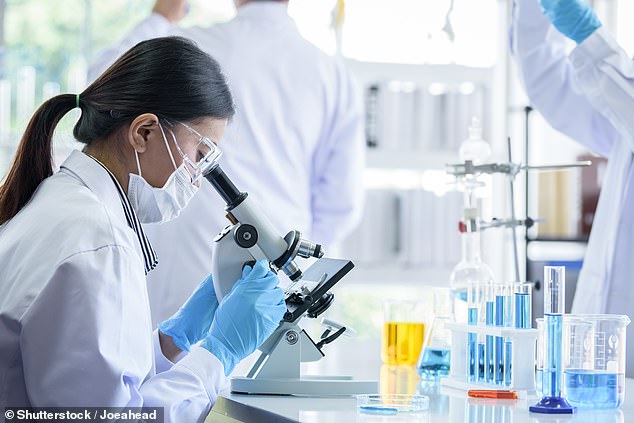 Current screening for the disease is done through a highly-invasive procedure known as a hysteroscopy.

It requires the insertion of a long, narrow device through the vagina and cervix to the womb.

A light and camera on the end of the tool allows clinicians to see on a screen the inside of the womb and identify any anomalies.

Although effective, the ordeal is fraught with difficulties and one in three are prematurely halted due to either technical issues or intolerable pain.

Local anaesthetic can be used to numb the cervix to relax the muscles and the whole process can last up to half an hour, according to the NHS website.

Women who work outdoors and are regularly exposed to high levels of sunlight are less at risk of developing breast cancer, a new study shows.

Danish researchers found that women who spent more than 20 years working outdoors had a 17 per cent lower chance of a breast cancer diagnosis.

The team hypothesises that the effect may be due to higher levels of Vitamin D, which is made by the body when it is exposed to sunlight.

Womb cancer causes malignant cells to shed through the cervix and these can be captured via a swab or urine samples.

Developers of the new method say this is less expensive, quicker and pain-free as the sample can be collected by women in the comfort of their own home.

The University of Manchester researchers behind the study hope it can be incorporated into clinical practice once large scale trials have been carried out.

‘Our results show that womb cancer cells can be detected in urine and vaginal samples using a microscope,’ said Professor Crosbie.

‘Women who test positive with this test could be referred for diagnostic investigations while women who test negative are safely reassured without the need for unpleasant, invasive, anxiety-provoking and expensive procedures.

‘We think our new test could offer a simple, acceptable, and easy to administer solution that could be used in primary care as a triage tool for women with suspected womb cancer.’

She adds: ‘New strategies to facilitate early diagnosis of womb cancer are urgently needed to enable curative hysterectomy for women who present with biologically aggressive disease.

‘However, though postmenopausal bleeding is a recognisable symptom, only 5 to 10 per cent of women with it have sinister underlying pathology- so this test, if adopted, will put these patients’ minds at rest.’

The findings have been published in Nature Communications.