Over the weekend, the Earth was hit by a geomagnetic storm, that shocked scientists as unlike other solar storms, this one did not appear to originate from a solar flare. Usually, these storms occur due to major explosions that place on the surface of the Sun, which are referred to as solar flares. These flares themselves are caused by the tangling, crossing or reorganizing of magnetic field lines of the star.

Within minutes after exploding, solar flares charge particles on the Sun and heat them up to millions of degrees, producing a burst of radiation across the electromagnetic spectrum, from radio waves to X-rays and gamma rays.

The most recent solar storm came during a rare alignment of five planets, which gave photographers an excellent opportunity to picture them against the bright auroras that are frequent during these space weather events.

Since the storm took place over the weekend, astronomers now believe this event occurred due to a co-rotating interaction region (CIR), which is a phenomenon much rarer than a solar flares.

CIRs are created when two solar winds at travelling at different speeds meet, as the faster winds then begin to overtake the slower ones. 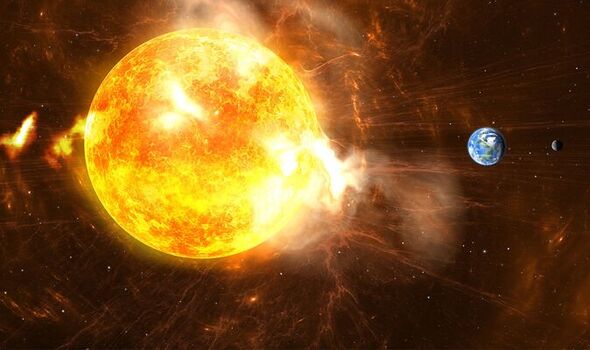