Space weather experts at the NOAA have analysed a stream of solar particles spewing from the south of the Sun. The experts revealed the solar wind is travelling at a staggering 500 kilometres per second, or 1.8 million kilometres per hour. Forecasters have stated the particles are currently voyaging the 150 million kilometre journey from the Sun, and could hit on January 17 or 18.

“Its source is a southern hole in the sun’s atmosphere.

Auroras are caused when the magnetosphere gets bombarded by solar wind which deflects the particles, causing stunning green and blue lights. 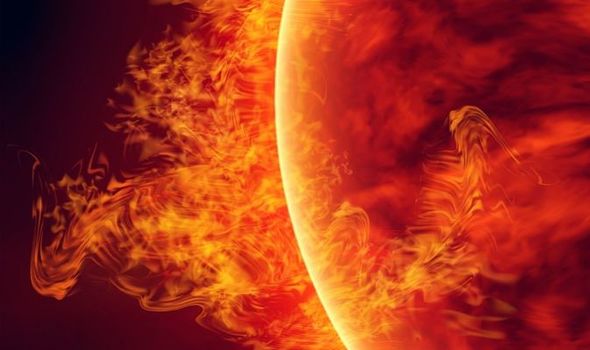 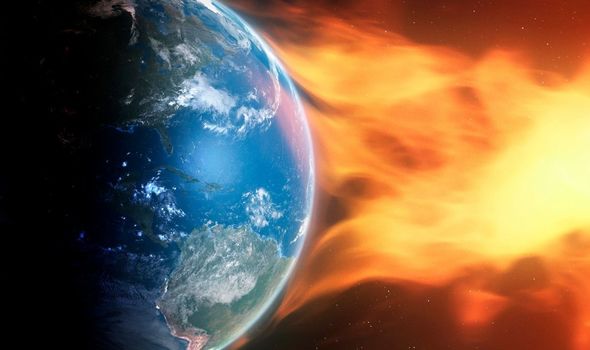 While this solar storm is not a cause for concern, some astronomers believe a major one could hit and in a world so reliant on technology, the consequences could be devastating.

As such, researchers have called for better infrastructure to monitor the Sun’s activity. 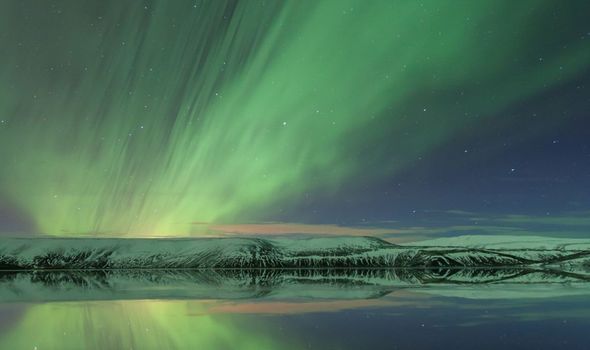 First author of the study, Dr Jenny Marcela Rodríguez Gómez, said: “Understanding the characteristics of extreme solar eruptions and extreme space weather events can help us better understand the dynamics and variability of the Sun as well as the physical mechanisms behind these events.”

Skoltech researcher Tatiana Podladchikova added: “Our modern technological society needs to take this seriously, study extreme space weather events, and also understand all the subtleties of the interactions between the Sun and the Earth.

“And whatever storms may rage, we wish everyone good weather in space.” 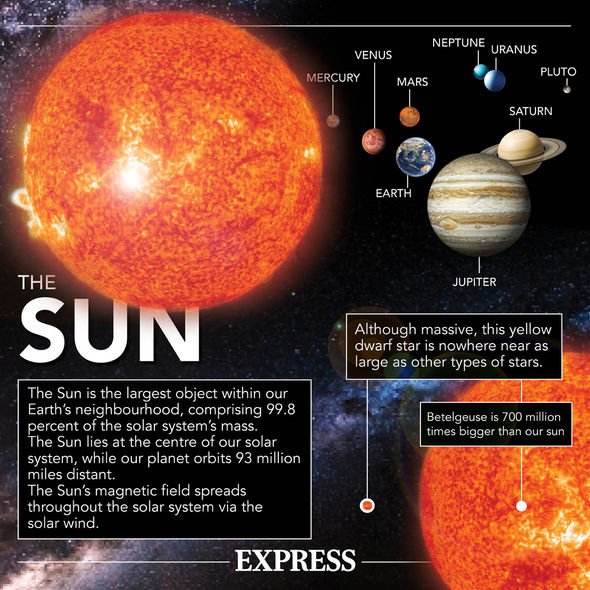 A powerful solar flare could have the potential to render technology on our planet redundant and experts are now warning we should take the threat more seriously.