In a recent study, scientists investigated a massive electrical discharge that rose 50 miles (80 km) into space during an Oklahoma thunderstorm in May 2018. By conducting a detailed 3D study of the so-called “gigantic jets”, they were able to provide new information about the elusive atmospheric phenomenon. The 2018 event was the most powerful gigantic jet studied so far, carrying 100 times as much electrical charge as a typical thunderstorm lightning bolt.

The phenomena resulted in an estimated 300 coulombs of electrical charge being hurled into the ionosphere, which is the lower edge of space.

Meanwhile, a lightning bolt typically carries less than five coulombs between the cloud and ground or within clouds.

However, the electrical discharge from the jet was relatively cool as streamers of plasma were recorded at approximately 400 degrees Fahrenheit (204 Celsius).

Corresponding author Levi Boggs, a research scientist at the Georgia Tech Research Institute (GTRI), said, “We were able to map this gigantic jet in three dimensions with really high-quality data. 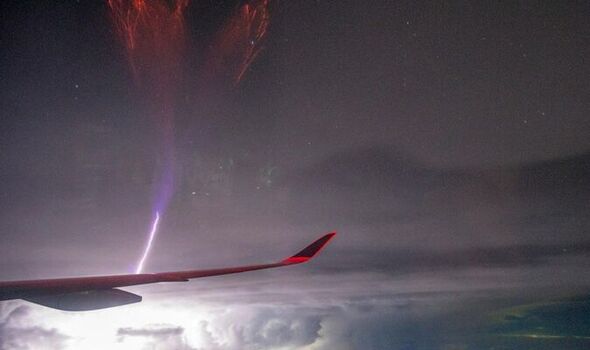 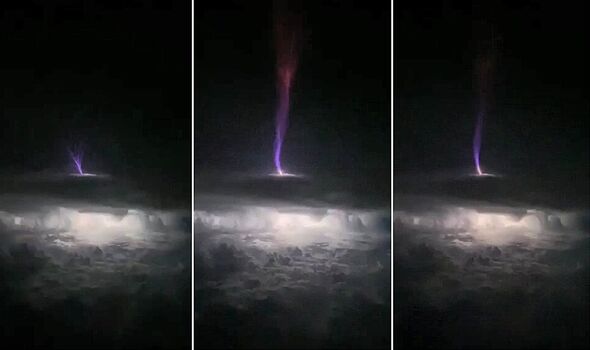 “We were able to see very high frequency (VHF) sources above the cloud top, which had not been seen before with this level of detail.

“Using satellite and radar data, we were able to learn where the very hot leader portion of the discharge was located above the cloud.”

Steve Cummer, professor of electrical and computer engineering at Duke, used the electromagnetic waves that lightning emits to study the powerful phenomenon.

He operates a research site where sensors resembling conventional antennas are arrayed in an otherwise empty field, waiting to pick up signals from locally occurring storms. 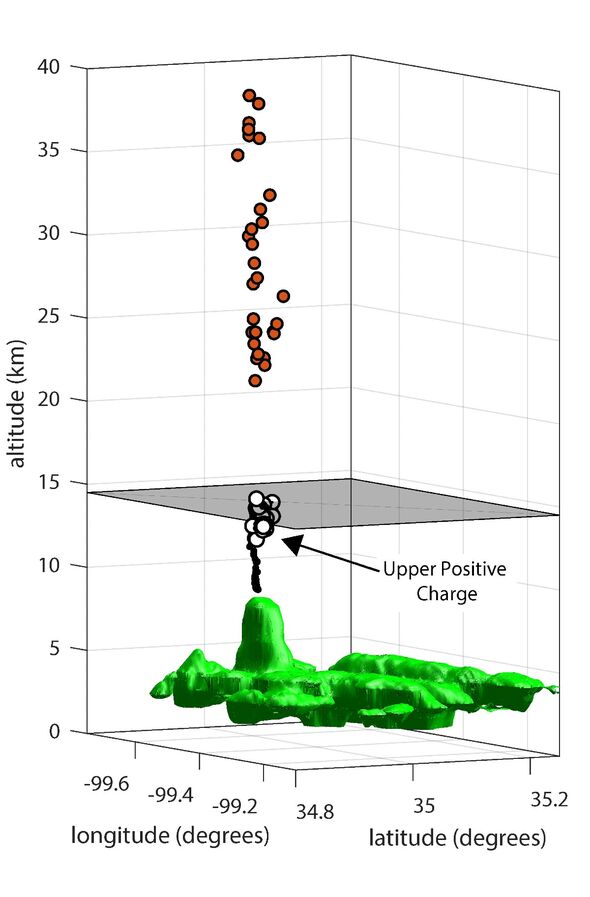 Prof Cummer said, “The VHF and optical signals definitively confirmed what researchers had suspected but not yet proven: that the VHF radio from lightning is emitted by small structures called streamers that are at the very tip of the developing lightning, while the strongest electric current flows significantly behind this tip in an electrically conducting channel called a leader”.

Scientists have studied and observed gigantic jets for over the past two decades, but because there’s no specific observing system to look for them, detections have been rare.

Researchers believe that the reason that these jets shoot upwards could be because something may be blocking the flow of charge downward—or toward other clouds.

Records of the Oklahoma event show little lightning activity from the storm before it fired the record gigantic jet.

Prof Boggs said: “For whatever reason, there is usually a suppression of cloud-to-ground discharges.

“There is a buildup of negative charge, and then we think that the conditions in the storm top weaken the uppermost charge layer, which is usually positive.

“In the absence of the lightning discharges we normally see, the gigantic jet may relieve the buildup of excess negative charge in the cloud.”