The integrated stage test — the largest to be held in the UK since the 1970s — was undertaken at Discover Space UK at RAF Machrihanish, in Scotland. The procedure was intended to demonstrate the Skryrora XL’s operational capability for its intended payload, alongside confirming that its performance met all design requirements. The rocket’s 70kN liquid engine was allowed to burn for 20 seconds, the firm said, during which it operated within all expected design margins and achieved the expected thrust.

With the test completed, Skyrora now has its eyes set on an inaugural orbital launch next year, to lift off from the Saxa Vord Space Centre in northern Scotland.

The firm’s chief operating officer, Colonel (USAF, Ret) Lee Rosen said: “The static fire test looks, sounds and feels a lot like a rocket launch — but without lifting off!

“This hugely successful test was a definitive demonstration of our mobility and flexibility.

“Our Skyrora team went from clean tarmac to a full static fire test in just two-and-a-half days, bringing all the necessary equipment from our factory in Cumbernauld and test site near Gorebridge.” 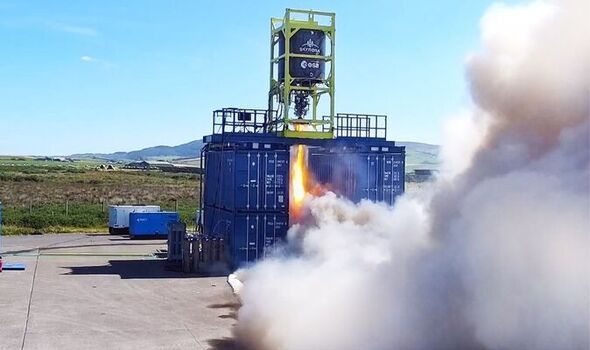 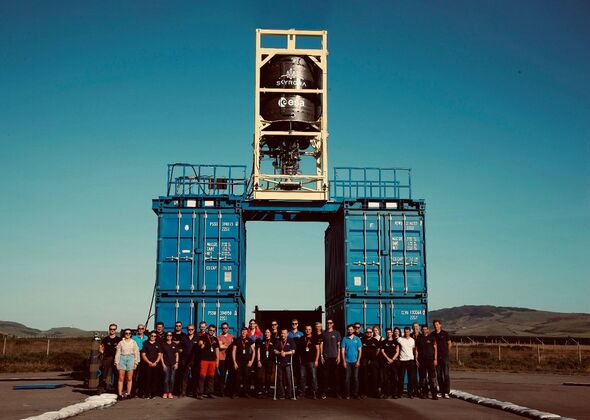 Skyrora founder and CEO Volodymyr Levykin said: “With the UK striving to capture a 10 percent share of the global space market by 2030, the successful Skyrora XL second stage static fire test is the latest milestone reached to put Skyrora on track to become […] the first British company to conduct a vertical launch from UK soil.”

“Skyrora now has purpose-built rocket manufacturing and testing facilities in the UK — as well as the largest 3D printer of its kind, which we are using to produce rocket engine components.

“We recognise the value that a strong domestic space industry will bring to the UK.

“We will continue to spearhead these efforts to make the UK a player to be reckoned with globally.” 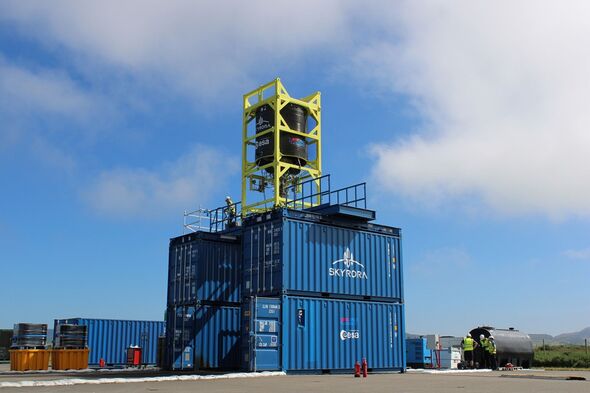 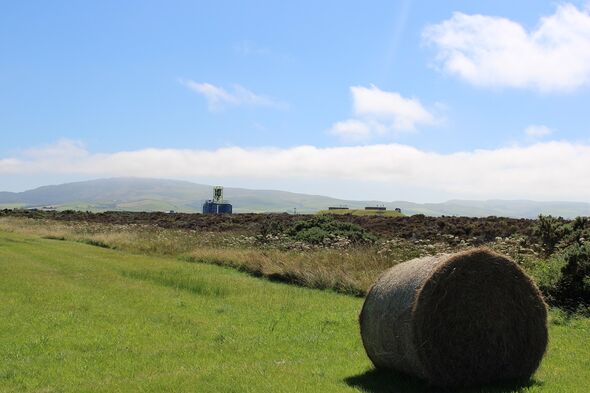 The second stage rocket — part of the three-stage launch vehicle — was assembled at Skyrora’s recently-unveiled manufacturing facility in Cumbernauld.

When the Skyrora XL launches for real, the second stage engines will kick in at an altitude of around 39 miles high, before the third stage is fired at 118 miles up to achieve an orbital velocity of around 17,398 miles per hour.

The first stage, meanwhile, is presently under construction and is expected to be tested in mid-2023. 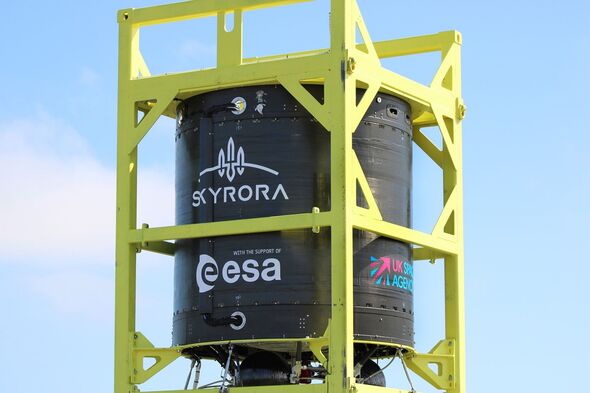 “As we soar towards the UK’s first commercial space launches, these achievements showcase our rapidly growing capabilities.”

The new milestone, he added, also highlights “the increasing range of expertise that can make the UK a highly attractive destination for launch activities in Europe.

“We’ll continue to support the development of new launch infrastructure and technology. and look forward to following the next steps of Skyrora’s journey to orbit.”