Stonehenge is one of the biggest megaliths of its time found anywhere in the world. It was built during prehistory, a period of time before written records beginning around 900,000 years ago, ending with the Roman invasion of Britain in 43 AD. Theories about the exact use of Stonehenge have been wide and numerous: a place to watch the night sky, a site for sacrificial killings, an elite cemetery.

There are more than 70 similar structures across Britain, several in close proximity to Stonehenge.

This has led some researchers to suggest that the megalithic structures form something like a borderland between the west and the east of the country.

The theory was floated during the Smithsonian Channel’s documentary, ‘Stonehenge Empire’.

The narrator noted how scientists working at one of the sites, Crickley Hill, “have found evidence of Britain’s first major civil war”. 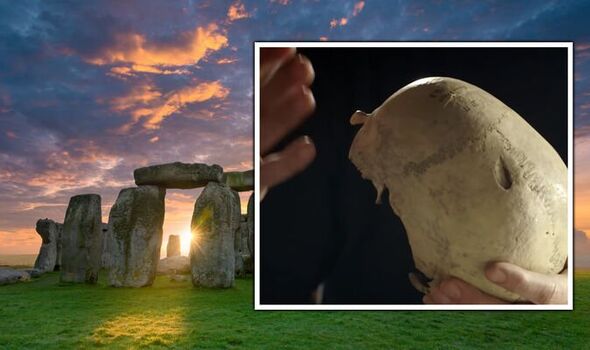 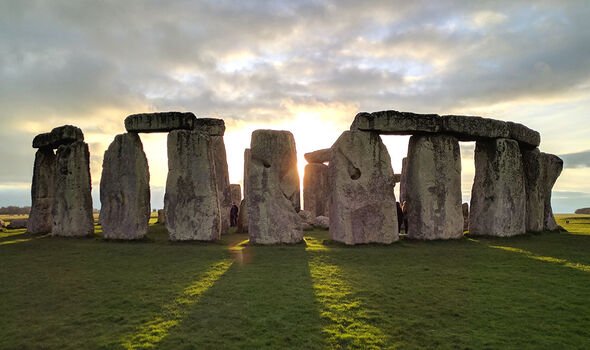 In a traditional sense, Britain had only one civil war, the English civil war, in the mid-17th century.

But as Rick Schulting, a professor of scientific and prehistoric archaeology at the University of Oxford, explained: “But Crickley Hill gives us a completely new picture of the scale of violence in prehistoric Britain.”

He continued: “It’s really the first time we see evidence for warfare between separate communities or even groups of communities and a completely different scale to what went on previously.

“There’s a sense that this was a planned event, possibly the preparations went on for months beforehand, and this was a very committed action.” 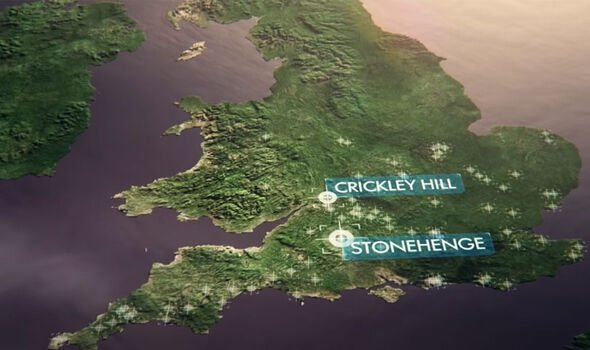 The defenders, Prof Schulting explained, included men, women and children, but the attackers were most likely made up of adult men.

Studies on tribal warfare provide some idea of the reasons behind the ancient battles.

Prof Schulting said: “There may be a series of perceived injustices that build up. over generations sometimes.

“When things come to a boiling point the violence that does break out can take the form of trying to actually exterminate a neighbouring community. 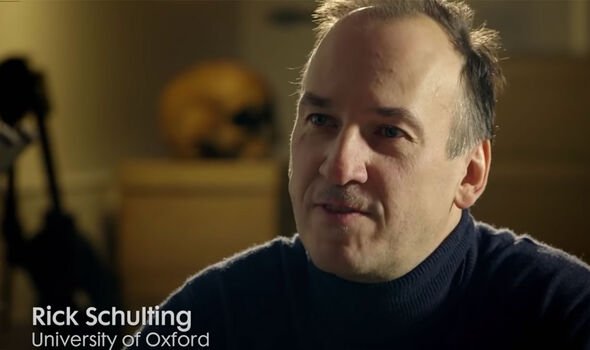 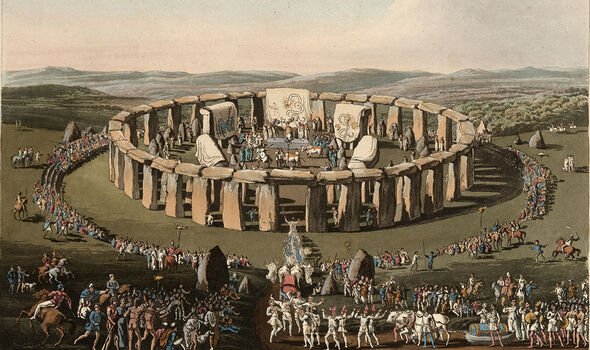 Around the site of Crickley Hill around 400 flint arrowheads have been found, and reveal how the conflict may have played out between the warring tribes, as their distribution across the land tells researchers that the attackers successfully overwhelmed the defenders.

Once inside the village, the attackers then began to fight hand-to-hand.

While small, Crickley Hill is just one of a number of violent clashes that took place across southern Britain in the same time period.

During this time of war, monument building appears to have come to a standstill.

Skulls excavated from around the same time offer clues about how savage the fighting was.

One skull Prof Schulting holds up shows a clean blow to its side, a circular hole punctured straight through the bone.

Around the site of Crickley Hill around 400 flint arrowheads have been found, and reveal how the conflict may have played out between the warring tribes, as their distribution across the land tells researchers that the attackers successfully overwhelmed the defenders.

Once inside the village, the attackers then began to fight hand-to-hand. 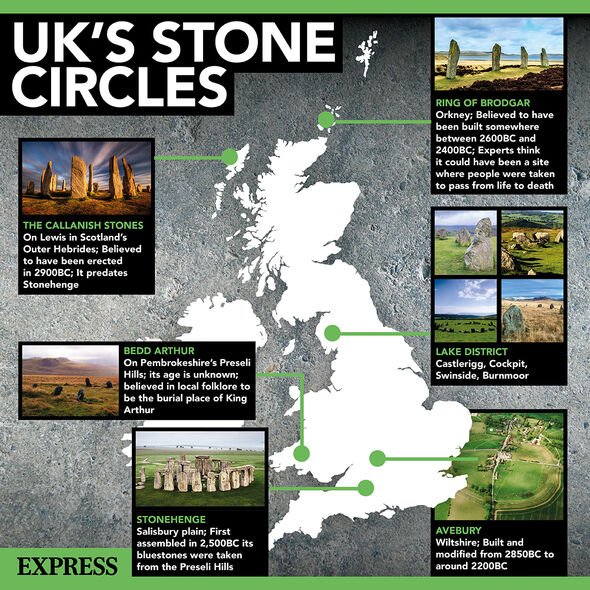 Another shows a rounded fracture arc, which Prof Schulting said: “There’s no question that an injury of this severity penetrating the cranium, driving the bone fragments into the brain would be instantly lethal”.

His analysis of the battle indicates that no one was spared from the bloodshed. 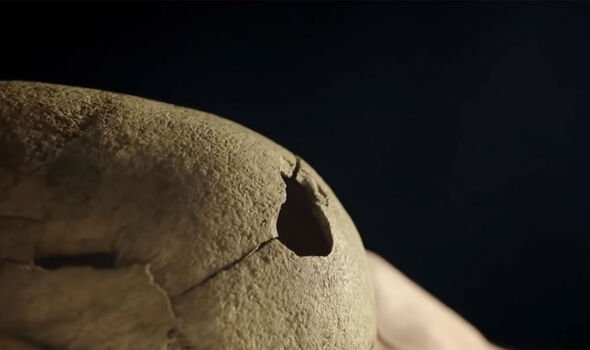 This included the women, as in Neolithic societies they were often directly involved in the conflict and fought themselves.

In the case of one of the skulls found, a “slightly depressed” area indicates a “degree of elasticity in the bone, typical of the bone still being fresh, in other words, a lethal injury”.

Archaeological records suggest that large-scale hostilities in prehistoric Britain came to an end around 3,500 BC.