Fish eggs can survive being eaten by ducks and some will still hatch again after being passed in droppings, study finds

Fish eggs may be much more resilient than previously thought as new research shows they can survive being eaten and can actually hatch after being defecated back out into the wild.

A team of researchers from the Danube Research Institute made the discovery by testing what would happen when carp eggs were force fed to ducks in a laboratory.

The team fed 8,000 eggs from two different invasive species of carp to a group of eight mallard ducks, and then examined the duck feces to see what would happen to the eggs after being eaten. 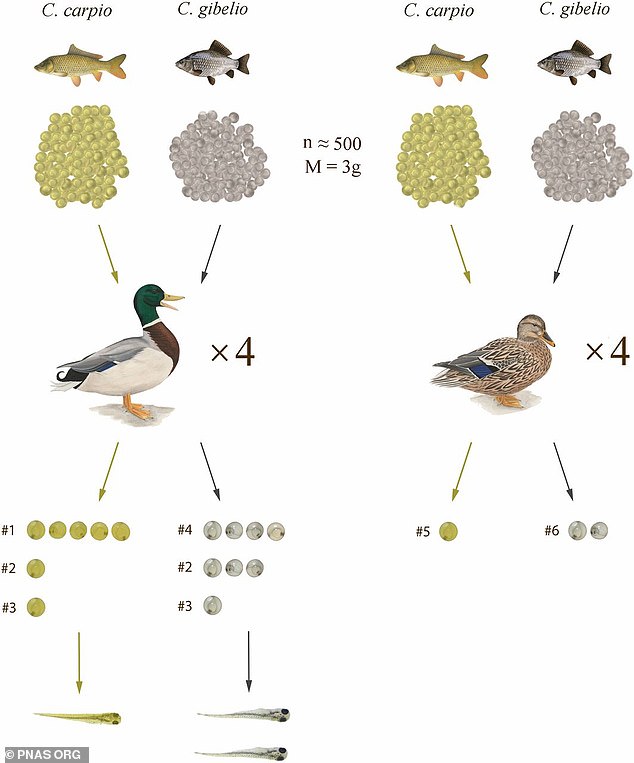 Researchers force fed 8,000 carp eggs to eight mallard ducks in a laboratory and found that 0.2% of the eggs survived and were still viable and in tact after being defecated out, and several actually hatched two to three days later

While most of the eggs were destroyed while passing through the ducks’ digestive system, 18 eggs, or around 0.2% of the total, made it through in tact, according to a report in Science News.

Of the 18 eggs that remained viable after being defecated back out again, three went on to hatch between two and three days later.

The team created a separate set of 200 fertilized eggs as a control to compare the hatching rates, but the control group developed a widespread fungal infection that killed most.

The ducks’ digestive system is relatively fast moving, with most eggs passing completely through within an hour of being eaten, while a small number took four hours to fully pass.

‘Despite the relatively short retention times of fish eggs within the digestive tract of mallards, these birds are still likely to play a significant role in long-distance dispersal of carp,’ the team report. 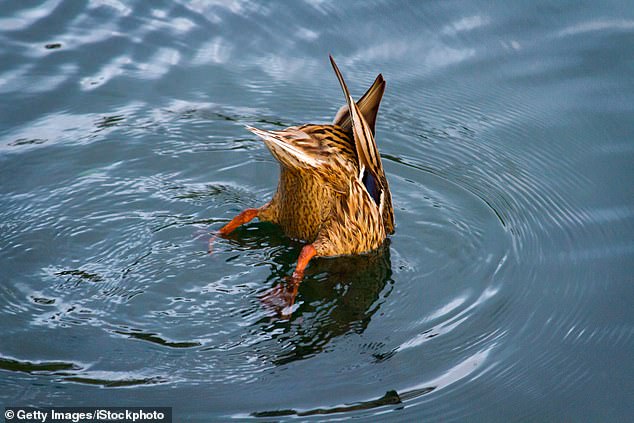 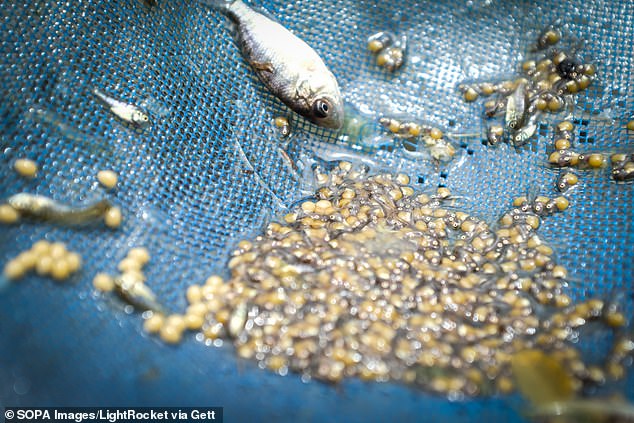 While the survival rate of the eggs was comparatively small, the team points out that a mature adult carp in the wild can lay as many as 100,000 eggs, meaning a significant percentage of fertilized embryo could survive being eaten.

According to the team, the findings could help explain the mystery of how fish have ‘somehow colonized isolated water bodies all over the world without human assistance.’

In the past, scientists theorized that fish eggs might have been attached to the feathers or feet of certain species of waterbird, but the team’s research introduces another potential explanation.

A mallard duck can fly as far as 80 miles in a single day, and could travel dozens of miles or more in single hour it might take an egg to pass through its digestive tract.

can, eggs, fish, shows, study, surv
You may also like: