Tempest: A look inside the sixth-generation jet fighter

The two nations and strategic allies are zeroing in on a deal which would see their next-generation Tempest and F-X fighter jet programmes merged, with an agreement possible on a new joint project by the end of the year, three separate sources have suggested. If it comes to fruition, the project would mark the first time Japan has sought a non-US partner for a large military programme and the first major collaboration between Tokyo and London, going beyond what had been expected when industrial talks began five years ago.

One of the sources with knowledge of the plan said: “This would be an equal partnership between Japan and Britain.”

It would cost tens of billions of dollars, he added.

The push to combine the Japanese F-X programme, led by Mitsubishi Heavy Industries (MHI), with Tempest, managed by BAE Systems PLC, by December has not previously been reported. 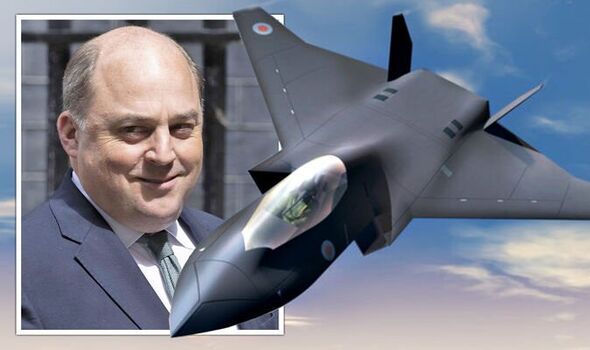 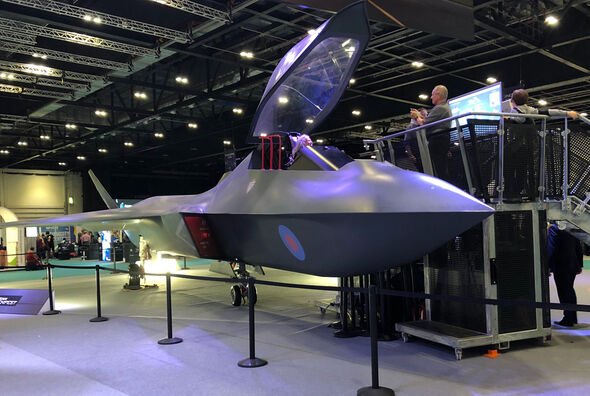 Another source added: “The main thing that we are aiming for is to build a common jet, that may have small differences in design for each country.”

Britain could handle exports in Europe, while Japan would take care of the Asian market, a third source said.

Collaboration would spread development costs, while exporting would increase production lots and reduce the price per plane, helping both countries stretch their defence budgets.

JUST IN: Eurozone has ‘big problems at its heart’ as MAJOR weaknesses laid bare 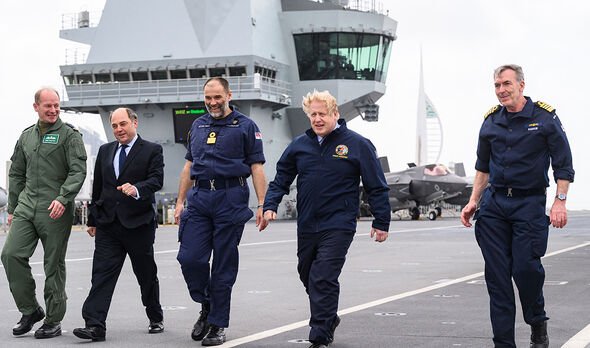 The team-up would represent a deepening of security ties between the two close US allies. London is taking on a bigger military role in Asia under a strategic “tilt” towards the Indo-Pacific, and Tokyo is expanding defence cooperation beyond Washington.

The switch to a European partner comes as Japan’s defence spending rises, with the budget expected to double over the coming decade as Prime Minister Fumio Kishida sticks with Abe’s national security agenda and fulfils an election pledge to “substantially” increase military outlays.

Japan’s defence ministry said: “We would like to decide how we can cooperate by the end of this year, and are considering various possibilities.” 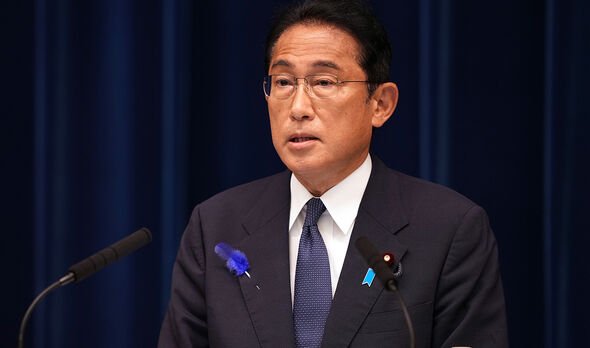 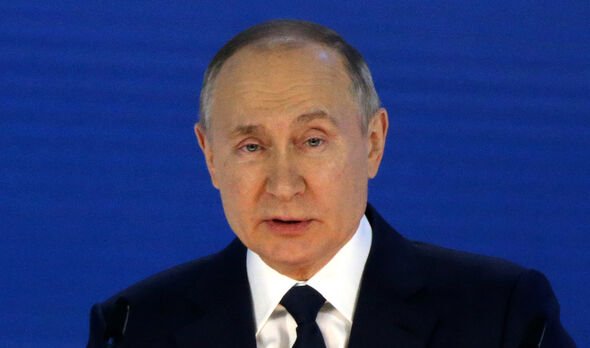 Britain’s defence ministry had no immediate comment. However, on Thursday, Air Chief Marshal Mike Wigston told a conference the UK was “exploring partnering opportunities and sharing our technological expertise with a range of international partners, including Japan and Italy”.

Britain plans to give an update on Tempest at next week’s Farnborough Airshow, another source said, without elaborating.

Japan’s partnership with Britain is a chance for BAE and other European Tempest companies, such as Rolls-Royce, missile maker MBDA and Italian defence group Leonardo to tap a growing market long-dominated by US companies.

Efforts to merge the fighter jet projects follow deepening co-operation between the UK and Japan in recent years from the JNAAM missile project to sensor work and a deal to develop an engine demonstrator. 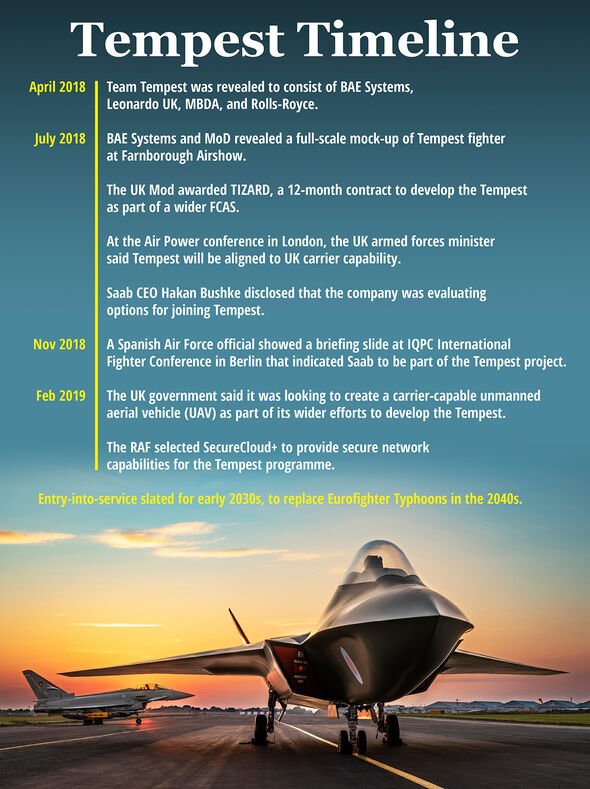 Douglas Barrie, senior fellow for military aerospace at think-tank the International Institute for Strategic Studies (IISS) said: “You can see the direction of travel.”

The BAE-led Tempest project to field a replacement for the European Typhoon combat jet has a government budget of £2billion, when full development is slated to start.

It is one of two European initiatives for the next generation of air power alongside the Franco-German-Spanish Future Combat Air System, which is currently mired in divisions between partners Airbus and Dassault Aviation.

For Japanese companies, which were banned from exporting weapons overseas until 2014, the partnership is a chance to access foreign markets and European technology with potentially fewer restrictions than those imposed by Washington. 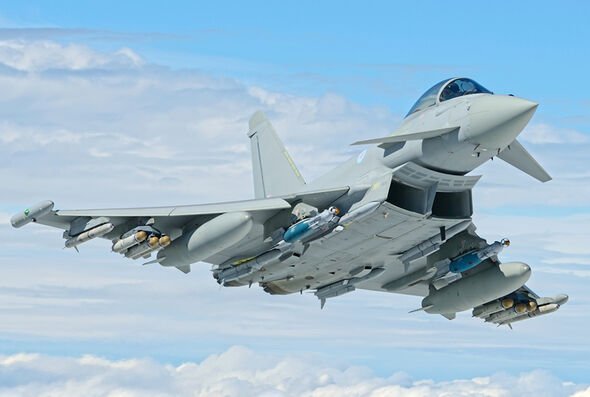 Tempest “is a flexible construct that lends itself to multiple forms of cooperation,” said defence analyst Francis Tusa.

The fighter will still need some US components, such as for communications and data links, to ensure interoperability with US forces.

As talks in Tokyo and London push ahead, it remains unclear what role, if any, the Swedish and Italian governments will have in the new project after agreeing to collaborate on Tempest.

Both MHI and BAE declined to comment on the reports.